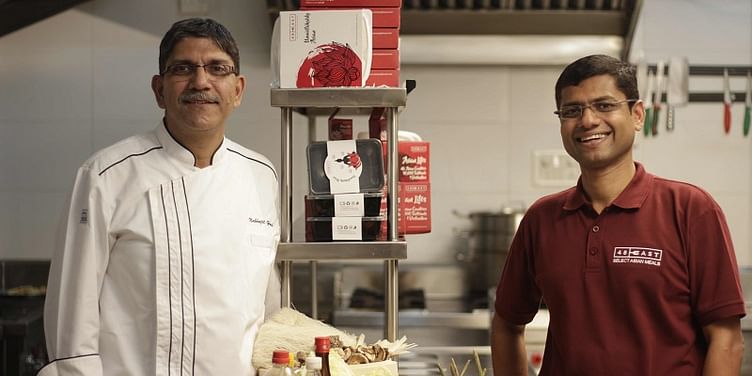 Acquihiring has been a successful way to hire the best talent and get access to technology and domain expertise in the sector - It’s like hiring founders.

It is common nowadays to see the “mafia” of a unicorn leaving their company to launch their own startup. On the contrary, some startup founders become employees of bigger startups.

Acquihiring has been a successful way to hire the best talent and get access to technology and domain expertise in the sector - It’s like hiring founders. Bigger startups keep scouting for distressed startups and swoop in to pick up when they see an opportunity.

While tech giants like Facebook, Twitter and Google are in the forefront in such talent acquisitions, of late, the trend is catching up in the Indian startup ecosystem too.

Here are some of the acquihiring that took place in the Indian startup ecosystem in the last three years.

Online food delivery platform Swiggy acqui-hired 48East, a Bengaluru-based Asian food ordering platform, last December. The founding team joined Swiggy’s new supply business line that looks at collaborating with restaurant partners to plug in gaps on the supply side of Swiggy’s marketplace. 48East was founded by Joseph Cherian and Nabhojit Ghosh, and both the founders were absorbed into the Swiggy’s new supply business with Cherian as its chief operating officer.

Fashion marketplace Voonik acqui-hired online occasion-wear brand Zohraa in 2016. Zohraa was a marketplace for designers and boutiques. It was founded in June 2012, and used to sell ethnic wear and designer wear products. It had a team of 12 members. Voonik also acqui-hired Styl and Picksilk, two other startups, from where it absorbed nine and eight employees respectively. In February 2016, Voonik acqui-hired Bengaluru-based shopping site for men Getsy.

This year, Club Mahindra-backed startup Xoxoday acqui-hired Blue Bulb, a localised tours, experiences, and activities startup based in Mumbai. Xoxoday provides experiential rewards, loyalty and engagement solutions to enterprises for their employees, customers, and channel partners. Blue Bulb, on the other hand, has been selling unique local experiences primarily to locals in Mumbai, Bengaluru, and Goa for the last eight years.

Bengaluru-based Vokal, which runs a knowledge-sharing platform, acqui-hired quizzing app firm StupidChat Technologies in an all-stock deal in May this year. It plans to use the six-member team to work on existing products and also come up with daily engagement products for the platform. StupidChat Technologies was founded in November 2017 by Sourav Karmakar and Saheb Roy in Kolkata before the team shifted to Bengaluru. Three-year-old Vokal is the brainchild of Aprameya Radhakrishna, co-founder of TaxiForSure, and Mayank Bidawatka, co-founder of Goodbox.

Last year, Ixigo, one of the leading travel-search marketplaces, acqui-hired the team of mobile content sharing app 'Reach.' As part of the deal, the Reach team joined Ixigo to help enhance the latter's already existing products by providing travellers with not just utility, but also consumable content and entertainment in the travel space. Launched in 2015, Reach had a mobile app that allowed users to browse and download music, games, apps and other content directly from their friends’ mobile devices.