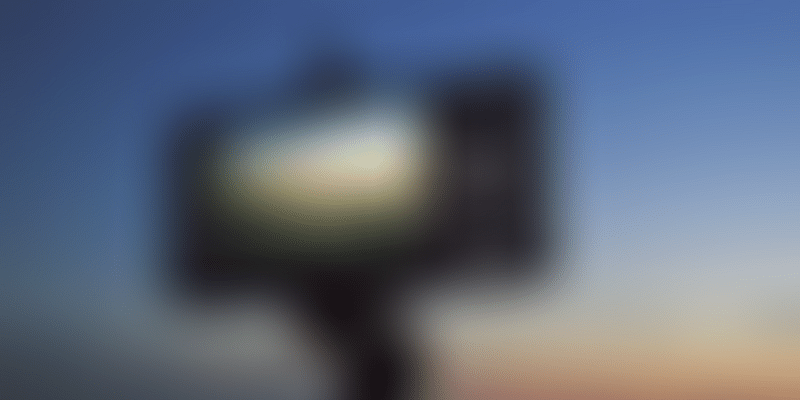 In the age of smartphones and round-the-clock photo sharing, these apps help you make the most of your mobile cameras.

With the internet becoming more and more visual by the day, photo apps have hit peak popularity. Not only are there hundreds of freely available apps and services, the rich array of features they offer can even give traditional desktop software a run for their money. Well, almost.

India is a key market for photo apps. Industry reports suggest that the market could be worth Rs 100 crore with nearly a 100 million Indians having downloaded one or more apps at some point of time. The Social Skinny, a social media tracker, says monthly active users of photo apps are about 10 million at present.

Largely dominated by beauty and face filter apps, which seem to have furthered India’s long-standing obsession with “fair and lovely” skin, photo-editing apps are consistently among the top downloaded apps on Google Play Store in India.

In 2016, selfie-enhancement app, BeautyPlus Me (an India-only app developed by Chinese image software company Meitu), topped Google Play’s list of trending apps in India. (Meitu has more than 15 photo-editing apps that have been downloaded on over a billion devices globally.).

While such AI-powered selfie and beauty apps are a rage, particularly in the 18 to 35 age group, users are also seeking imaging apps for very specific purposes like black and white photography, landscape pictures, photo collages, posters, and so on. Studies suggest over 50 percent of all users edit their photos before posting them online.

YourStory drew up a list of some key photo editing apps on iOS and Android.

Software giant Adobe, whose Photoshop is almost synonymous with image editing, offers a mobile-friendly version of its iconic product in Lightroom. The app allows you to edit, crop, make colour corrections, and apply presets to your photos. There are features for both amateur and advanced users, and while the app is free, there is a premium version that comes with several add-ons. Other than post-production, Adobe Lightroom also allows users to capture images in RAW format through its in-built camera mode. The Adobe Creative Cloud then syncs all edits across devices and web.

PicsArt is the leading collage-making app on Play Store with over a 500 million installs globally. According to SimilarWeb, PicsArt is hugely popular in India too, ranking among the top 10 photo apps consistently. It offers an array of photo effects, a collage maker, a built-in camera, a free clipart library, millions of user-generated stickers, drawing tools, and more. There is also a subscription-driven version of the app - PicsArt Gold. It is ad-free, and provides thousands of premium stickers, frames, fonts, masks, and plenty of “editing and remixing” tools. US-based PicsArt is backed by top VCs, including Sequoia Capital, Insight Venture Partners, and others.

A lot of phone photographers swear by Snapseed. The app is now owned by Google after it acquired Nik Software (which originally developed Snapseed for the iPad). Earlier in 2018, PC Magazine rated Snapseed as one of the ‘Top 100 Best Android Apps’ across categories. Snapseed is also among the top 20 photo apps in India, according to SimilarWeb. Snapseed not only allows users to enhance pictures but also tracks editing patterns, saves edit history, and redirects them to their earlier actions on the app. Edits can be done using swiping gestures as well as by tapping on “automatic” adjustments of colour tones and contrasts. Advanced features like HDR scape, lens blur, noir, glamour glow, etc are quite popular with Snapseed users.

Hypocam is arguably the best editing app for black and white photographs. Android-only (for now), the app allows you to edit photos from the camera roll as well as shoot live. Hypocam’s most compelling feature is the control over real-time exposure and colour tones that enables photographers to choose the exact shade of grey they want. While the free version of Hypocam comes with seven-odd filters, there are more available through in-app purchases. To increase app engagement, Hypocam also curates a feed with the latest news and the best selection of monochrome photos from around the world.

If being part of a photography community excites you, VSCO app is for you. Besides being an image and video editing app for “creators”, VSCO also connects photographers to a larger platform by allowing them to publish their work on a feed that can be accessed publicly. Users can, of course, edit their photos through multiple preset filters, or by using the toolkit feature for making adjustments in exposure, saturation, contrasts, skin tones, etc. The Search tab allows users to look up profiles, images, and photo journals from across the globe. Incidentally, #VSCO is also one of the top hashtags on Instagram. The VSCO X Membership, or the paid version, comes with exclusive “Film X” presets sourced from iconic Kodak and Fuji cameras.