Ahead of the new iPhone launch, here are the top flagship phones money can buy 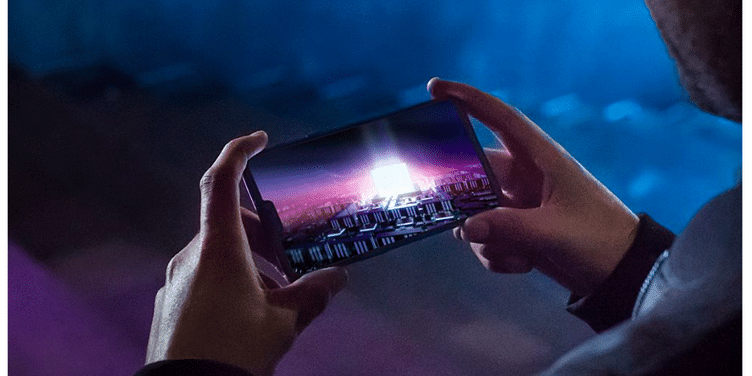 Buying a smartphone is becoming more difficult by the day because there is so much to choose from. Here are the five most premium choices if you’re shopping for a new one.

Smartphones are now an intrinsic part of our day-to-day lives. We rely on them to perform all kinds of tasks - from the most mundane like setting an alarm to the fairly important like paying a utility bill or booking an air ticket.

Indians are rolling over in smartphones of all shapes and sizes, patterns and prices. While phone sales are either flat or dipping in most global markets, India has witnessed an unprecedented surge in smartphone buying in the last few years.

And according to just-released Q2 2018 data, shipments increased to 33.5 million units, registering a 20 percent year-on-year growth. IDC says this is “the result of a slew of online exclusive launches and strong shipments by offline heavy vendors on the back of high decibel promotional activities and channel schemes”.

Clearly, Indian smartphone users are spoilt for choice. There is a new brand or a sub-brand launching almost every month, and several new models are unveiled nearly every week.

Take this week, for instance.

Dubbed the “Apple Week” in tech circles, the world is awaiting the new iPhone lineup slated to be announced on September 12 at Apple’s Cupertino HQ. Some say there could be as many as three new successors to the iPhone X, last year’s headline-grabber. Others say there could even be five new models.

Before the new iPhone takes over our newsfeeds and makes phone-buying a tad more confusing than it already is, YourStory draws up a list of the top smartphones money can buy. (You can add the new iPhone to this list after its launch.)

Samsung’s Galaxy Note series has been a winner throughout. Barring the Note 7, which met with tragic circumstances, all Note models have grabbed eyeballs. The Note 9 was launched in late August and has been touted as the “most premium Android smartphone in the world”. With a stunning 6.4-inch Super AMOLED screen, a powerful battery and processor (in the Snapdragon 845), a top-of-the-line camera unit — which has always been the highlight of Note phones — and the very attractive S Pen digital stylus, the Galaxy Note 9 is possibly the most aspirational smartphone out there, especially if you’re an Android user. The Note 9’s starting price in India is Rs 67,900, making it significantly cheaper than the iPhone X.

The Apple iPhone X, launched in November 2017, threatened to make “the $1,000” phone a new norm in the industry. While its steep price tag — Rs 1,02,000 in India — was prohibitive for some, “hardcore” Apple fans ensured that the iPhone X was the world’s top-selling model in Q1 2018. It led to a resurgence in Apple’s phone division revenues this year, and popularised the screen “notch” that has been adopted by every single phone manufacturer. iPhone X is the first Apple phone with the edge-to-edge screen that is visually very appealing. It also packs in Apple’s super-fast A11 Bionic processor and the much-talked about Face ID feature, making it what many call the “future of the iPhone”.

A lot of tech enthusiasts swear by Pixel — Google’s flagship hardware product — because it offers the most clean, unhindered Android experience. Pixel 2 (5-inch) and Pixel 2 XL (6-inch) launched almost the same time as the iPhone X, but the former edged out the latter when it came to the smartphone camera experience. The Pixel 2 XL particularly is known to have a power-packed camera that can achieve stunning results even in low light, something a lot of handsets struggle with. Also, for those who cannot wait for software upgrades and security patches from Google, Pixel 2 is ideal. The AI-enabled Google Assistant works like a dream too. Interestingly, Pixel prices have dropped ahead of the Pixel 3 launch in a couple of months. It starts at Rs 72,000 now.

Earlier this year, Huawei displaced Apple as the world’s second-largest smartphone vendor. Huawei sells good phones at great prices, and that is what is driving its growth globally. The P20 Pro is its flagship device that launched in April this year at Rs 64,999 (Huawei’s priciest product till date). The smartphone grabbed attention for its stunning design and a triple rear-camera setup. Essentially, there are three lenses, a 40MP RGB, a 20MP Monochrome, and an 8MP telephoto (Leica), which can be used in tandem to capture spectacular images. Besides the camera unit, the P20 Pro packs in a 6.1-inch HD screen and a powerful 4,000 mAH battery, making it what T3 magazine calls, “a legitimate premium alternative to the iPhone X”.

OnePlus is the best-selling premium smartphone brand in India. It leads Samsung, Huawei, Apple, and all others, and has notched up immense popularity riding on word of mouth. The OnePlus 6 is the Chinese manufacturer’s latest flagship product and launched in May, starting at Rs 34,999. OnePlus manages to break the smartphone clutter with its throwaway pricing. The OnePlus 6 puts a premium on speed and performance by combining a Snapdragon 845 chipset, a powerful Adreno 630 processor, and a massive 8GB of RAM (which is double that of Samsung Galaxy S9). The dual camera is pretty impressive too, and the phone’s premium design and build make it a steal in the sub-40K segment. A OnePlus 6T might soon be on the cards too.