Akshay shows how to build a profitable business without external funding 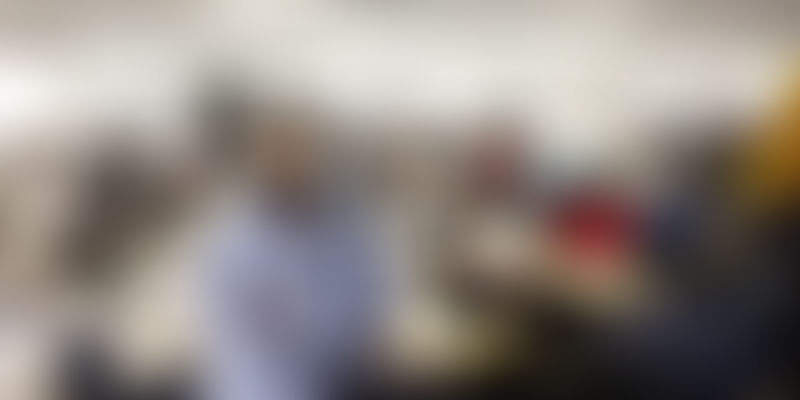 I was surprised that an ecommerce business can be started without the need for VC funding. We don’t want to settle for anything lesser than building our own startup like Flipkart, but all businesses are not built like Flipkart. There are many ways to run an online business.

In fact, we should work on something that can become a profitable and sustainable business.

His company hit a revenue of Rs 2 crore last year from his ecommerce business. I met Akshay online when I was doing some research for my own business, and we spoke about the challenges of setting up an ecommerce business in India.

Akshay had an interesting story of losing his job and finding success in selling T-shirts online. Akshay completed his engineering in 2012, but could not find a job. Someone suggested he do a SAP course, as that could help him get a job. He spent around Rs 4.5 lakh on the SAP course, and found a job in Pune that paid him just Rs 5,000 per month.

Along with his job, Akshay started an online portal to sell T-shirts. But that was just a hobby. He utilised his spare time in learning about running an ecommerce portal. He found a better job opportunity after one year, but did not want to settle for less.

He got another job offer from a Japanese company to work in Japan in December 2013. Excited, he put in his resignation at his current company, but his destination was not Japan, as the Japanese company withdrew its offer.

He was jobless, and no company offered him a job because he had switched many jobs over the last few years.

His ecommerce store was selling about 200 T-shirts per month during his struggle period, but the profits were not sufficient to pay his monthly bills. This struggle continued for a year-and-a-half until sales picked up.

His period of struggle taught Akshay more lessons than what we learn at an MBA school. The actual experience of running a business is more valuable than having a degree from an elite management school.

Things became interesting in 2015 when he prepared a T-shirt to support the Narendra Modi government campaign. T-shirt sales and revenues increased because existing buyers referred more customers to his portal.

He decided to become niche in selling T-shirts to people who feel proud about being associated with a cause. He made T-shirt designs with support messages for the Indian Army, and with other patriotic designs.

This gave him a base of customers like army kids, and officers from the forces.

Akshay then joined hands with multiple NGOs, where each NGO would have their unique design, and will get a commission on the sale of every T-shirt. The NGO started marketing the T-shirts through their social media channels, and this added another source of traffic for Akshay’s website.

The ecommerce business can be profitable at the scale when you can have your own manufacturing unit. Akshay was outsourcing the manufacturing work. What can you make from 5 percent margin, even if you sell Rs 1 lakh worth of merchandise every month? Just Rs 5,000.

Now he had bigger orders per month, but the margins were so thin that he could not make sufficient money and he did not want to ask his parents for money, but he did not have any option.

He wanted to become independent, and that kept him motivated to make his business successful. Akshay then decided to start his own manufacturing unit in Ludhiana to understand the business of fashion and garments. He started by working on small subcontract orders of large units, which gave orders to his team to fulfil orders by delivery dates.

He got his first contract to manufacture T-shirts and hoodies for a big brand like Abof in August 2017. That was his company’s first corporate client, and things looked good for the future.

Then the bad news came. Abof shut down its operations by the end of 2017.

Do you know what happened next? Abof employees joined Myntra, Flipkart and other ecommerce companies. These big companies were selling their own private labels and Akshay and his team were their first choice for manufacturing their products.

He lost one contract but got multiple contracts from even bigger companies because of his good rapport and transparency.

The time to put his T-shirt selling business in top gear came in 2017. Akshay took a bank loan and invested about Rs 1 crore in scaling up his own manufacturing unit in Ludhiana. That’s how an entrepreneur takes decisions when he sees a growth opportunity.

● 75 percent revenues come from big ecommerce portals for their own labeled brands. The margins are less, but the work volume is high and consistent.

The two revenue streams support each other. The revenue from CustomBaba is 100 percent advance money, and profits from which help in cash flow and general operations as brands pay after 45 to 60 days of delivery.

I liked his business approach, and the way he managed through his tough journey. The company is targeting a revenue of Rs 5 crore this financial year.

I tried to gather more information from him regarding setting up an ecommerce store in India. Akshay said that it’s easy to set up a store online using Wordpress but it’s hard to get sales in the initial days.

You will always struggle to get sales if you focus on a wide range of customers. Focus on the micro niche segment in the initial days, like Akshay did for patriots and corporates. Then, take advantage of the trends in the market. Learn the ins and outs of the business in your early days. Outsource the manufacturing even if the margins are thin. The good thing is that you don’t have to worry about funding, and you will establish your foot in the market without the support of VCs.