This college dropout built an AI platform to give upskilling, internship options to Tier II and III students 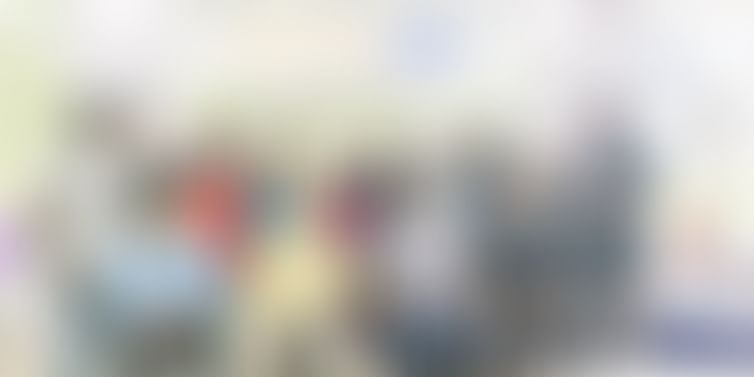 Verzeo helps students in small towns learn emerging technologies in their mother tongue, and offers them internship and work opportunities in companies and startups.

Twenty-year-old Vungarala V. Subrahmanyam, hailing from a small town in Andhra Pradesh, has experienced first hand the gap in education and technology that students in Tier II and III cities face. Wanting to change the status quo of low internet penetration and connectivity, Subrahmanyam, along with two friends, started Transtele in 2016, while they were pursuing engineering at Manipal Institute of Technology. The idea was to provide faster and cheaper internet access in rural areas.

But they realised that they had bigger challenges to tackle - even with internet penetration students could not access quality material on the web due to the language barrier. Since they were not comfortable with English, finding the right mentor online was difficult.

“We wanted to address this gap by providing knowledge, upskilling opportunities and internships to students in the desired field,” says Subrahmanyam. He then began to build Verzeo, an e-learning platform that uses artificial intelligence (AI) to help students develop skills essential for their chosen work field. It provides certified courses through AI-based learning of various technologies in vernacular languages such as Hindi, Urdu, Telugu and Tamil, as well as English.

Verzeo, which Subrahmanyam says, means ‘the passion to learn infinitely without borders’, was started with the core idea to reach as many places possible in Tier II and Tier III cities with the aim of educating students in their vernacular language.

Verzeo partners with various Tier II and Tier III educational institutions and reaches out to students. It also works in collaboration with various startups and industrial firms like Microsoft to provide students with internship opportunities.

Till now over 3,000 students have been placed in companies like Microsoft, Deloitte, HSBC and Accenture. Companies, too, approach Verzeo for skilled personnel. Verzeo’s AI-based software matches the company’s business requirements with appropriately trained and skilled workforce from its student pool. Initially, Subrahmanyam had to train in different courses and attend seminars all by himself. Verzeo now has a team of close to 60 full-time employees.

Verzeo’s online workshops reach students in remote locations and give them an option to intern from wherever they are. The firm also provides students networking opportunities with trainers in their respective field of study.

The company offers two programmes, one in summer and one in winter, for a duration of 15 to 60 online hours each, while maintaining the flexibility of offline courses that can be joined at any time of the year. Verzeo also conducts national-level championships and workshop sessions in colleges across India, providing mentorship programmes.

The price range of these programmes for students is between Rs 500 and Rs 10,000. “We also provide students opportunities to work in a startup environment, which makes them industry-ready,” adds Subrahmanyam.

Verzeo’s target audience includes engineering students, and those that have pursued MBA, BCom, BSc, BBA, etc. In India, it has students primarily from Assam, Andhra Pradesh, Kerala, Tamil Nadu and Bihar. The team has a good traction from the US as well.

Starting up at the young age of 18 could not have been easy. Subrahmanyam says he didn’t have a clear idea of what to do and this reflected in his pitches as well, and no one entertained his idea initially. But he had a solid plan - providing students courses in a language they are comfortable in, and word of mouth helped spread the brand eventually to the student community. The completion rate of Verzeo’s courses is around 60-65 percent at the moment.

Verzeo began its operations with 30 students. In due course of time, the numbers grew exponentially to over 80,000 students, of which, more than 7,000 students are enrolled in offline courses. The startup gets around 4,000-5,000 students on board from different places on a monthly basis. Verzeo aims to have a student base of over 3,00,000 across India by the end of 2019.

The company claims to have revenue of Rs 3 crore currently with monthly profit margin of 50-60 percent. Initially bootstrapped, the company has raised funds in private equity of $1 million later.

The e-learning market is vast in India with corporate professionals and startups alike doing well in the market. According to a report by Business Wire, the online education market in India is poised to grow at a CAGR of 20.02 percent during the period 2017-2021.

Recently, the edtech sector in India got its first startup unicorn in Byju’s, which has raised $244 million.

Startups like Simplilearn, which raised $31 million, and the Mumbai-based UpGrad by Ronnie Screwvala are also doing well.

What distinguishes Verzeo from other players like Eureka, TalentSprint, and QuickLearn is its AI platform and its penetration in Tier II and Tier III cities with content in vernacular languages.

Verzeo aims to take its courses to other countries in the next six months. It already has good traction in Singapore and Dubai, and wants to offer content and courses in all major languages in the long run.