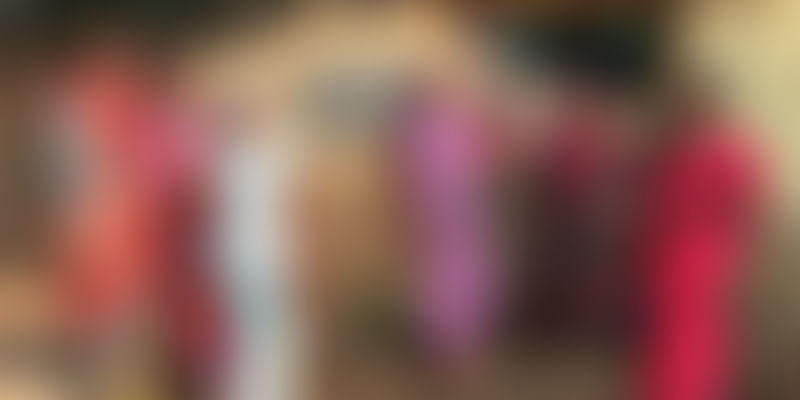 It is a common sight across agricultural fields in India: infants and toddlers playing in the dust and heat or getting drenched in the rain in the absence of a protective cover. These are not the safest locations for children, with there being chances of them wandering off near open drains or getting injured. But their parents don’t have a choice but to bring them along since there is no support system that working mothers from underserved communities can rely on. Even when brought to the worksites, its becomes challenging for the mothers to provide adequate and timely nutrition. Which means, these children often end up being malnourished and sick.

Like other states across India, till a few years back the situation was no different for working mothers in the unorganised sector in Chhattisgarh, especially in the tribal dominated districts. But today, they are a happy and relieved lot, thanks to the phulwaris – an initiative of the State Government of Chhattisgarh.

At the phulwari, a community managed day care centre, every day two mothers from the community take up the responsibility of managing the centre. Here pregnant women, mothers of infants, and children under the age of five are given balanced, nutritious and hot meals thrice a day.. The phulwaris are open six days a week and the mothers take charge of the centre driven by a spirit of volunteerism. The phulwaris are mostly run from the homes of one of the mothers and, in a few cases, at a common facility that has been designated by the Panchayat.

The community ownership ensures that the scheme does not require funds for manpower or construction of a separate facility, so the budget can be utilised to cater to the nutritional needs of the children, expectant mothers and new mothers.

While typically Anganwadi centres provide similar basic healthcare facilities, including nutrition education and supplementation, as well as pre-school activities, they are largely focused on children above the age of three years. Also, Anganwadis are set up in villages that have a population of at least 800 people and mini Anganwadis in villages that have a population of about 400. This means that villages which are sparsely populated do not have anganwadis in the vicinity. It is in this context that the phulwari initiative becomes more relevant and important.

The initiative was launched in the tribal dominated district of Sarguja in August 2012. The popularity and success of this community-driven initiative demonstrated that the programme could be replicated across the state. Today, there are more than 300 phulwaris functional in Sarguja alone. And, across the state close to 2,850 phulwaris benefit 30,000 children and 14,000 mothers. Phulwari centres have been established in the districts of Kanker, Kondagaon, Bastar, Sukma, Bijapur, Dantewada, Narayanpur, Korba, Koriya, Gariaband, Jashpur, Dhamtari, Balod, Bilaspur, Rajnandgaon, Raigarh, Sarguja, Surajpur and Balrampur.

In the early days of the initiative the funds for phulwaris used to come from the Zila Panchayat, be routed to the Janpath panchayat and then to the village panchayat and finally the sarpanch, who sent the funds to the VHSC (a local welfare body) which then sent the money to the phulwaris. However, today the initiative is managed by the Ministry of Women and Child Development (WCD), which means that the funding now come from the district wing of the WCD. The district offices send the funds to project offices, who transfer the money to the accounts of Anganwadi workers whose centre is closest to the phulwari. The Anganwadi worker then gives the funds to the VHSC (in this case, the mothers’ committee that runs the phulwari). While this might seem complicated on paper, the fact that the community takes ownership of driving the scheme has brought in transparency and usage of funds.

In addition to financial transparency and greater efficiency in programme implementation and management, what makes the initiative successful is that the mothers bring in genuine warmth and care to the programme.

The working mothers are thankful for the phulwaris, and say that they no longer have to be worried about their children going hungry or getting injured on the work site. The children also do not have to be exposed to the extreme climatic conditions of Chhattisgarh – the brazen heat of the summer, incessant downpour during the monsoons and the nail-biting winters. This story resonates across every phulwari centre.

More importantly, phulwaris have been instrumental in tackling child malnutrition. A study done by UNICEF in collaboration with Pune's Centre for Learning Resources, which tracked 700 children in Sarguja's phulwaris for one year, found that the malnutrition rate among them reduced by 24 percent and that the condition of one-third of the children attending the phulwaris improved within a year. An earlier study by the Ravishankar University and JN Medical College of Raipur had similar findings - children attending phulwaris were gaining weight much faster than those didn’t.

And because the children, expectant mothers, and new mothers gather at a single place – it becomes easier for the health workers, educators and anganwadi workers to reach out to them and monitor their health closely.

Today, working mothers in the unorganised sector are able to work without having to worry about the safety of their children or feel guilty about not being able to feed them on time. These women are also able to finish their work and pick up their children from the phulwaris with the satisfaction of knowing that the child had been well-cared for by a mother from the community just like her.