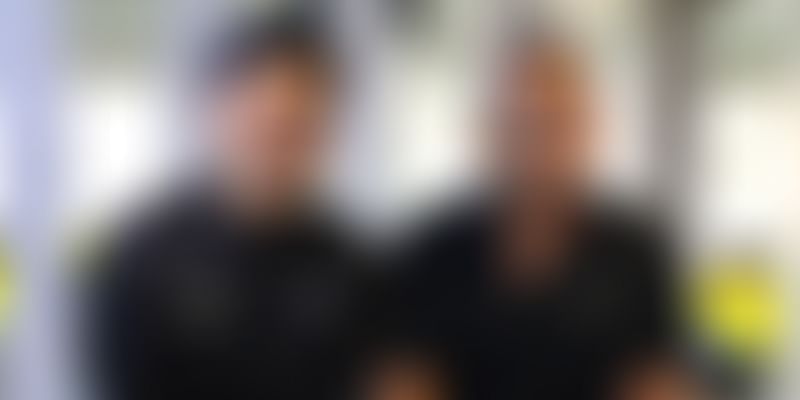 With a strong focus on customer retention, content experimentation and AI, ML and deep learning technologies, Dailyhunt claims to be among the fastest growing apps in India in terms of absolute numbers of new customers being added every month.

Statistics say 205 million Indians will connect to the internet for the first time between today and 2020. Statistics also say that nine of the ten new internet users being added in India will consume online content in regional languages.

Connect the dots, and here is a market opportunity that is unparalleled, and one that is right up the ally of someone like Dailyhunt.

Over a conversation with Dailyhunt’s Umang Bedi, I ask how he plans to make inroads into the market and tap this opportunity.

“Simple,” he replies. “Dailyhunt’s Mission is to be the largest Indic platform, empowering the next billion Indians who come online to discover, socialise and consume content that informs, enriches and entertains. This translates into us serving immersive experiences across broad content genres, new age formats of content including a big focus on video, wide distribution and deeper personalisation to build out a stronger content graph for the customer so that we serve a meaningful and intuitive experience. In other words, we are an app focused on Bharat and are a true personification of an app that is Made in India, by Indians for Indians in local Indian languages.”

“In addition, we are going to be preloaded on virtually every single handset in the country. Across Samsung, Xiaomi, Oppo, Vivo, Honor etc. In addition, we will power the -1 screen with a content widget, and the handset browsers with a content widget! That way we are already in the hands of virtually every smartphone user in the country - It’s a big boy strategy for a big boy game!”

A big boy game, indeed. Reports suggest India’s internet community adds over 1 crore or 10 million daily active users (DAUs) each month. From autorickshaws drivers to shopkeepers, from college students to homemakers, content consumption on the mobile is high, and on the rise, and skewed towards video and news.

Consistently growing its user base

Started as NewsHunt in 2009 by ex-Nokia employees Chandrashekhar Sohoni and Umesh Kulkarni, the platform was acquired by Verse Founder Virendra Gupta in 2012. The struggle for screen space and time spent has been tough, but one that Dailyhunt can claim to have conquered.

The number of users grew by 25 percent month-on-month, and 145 percent year-on-year. At this rate, Dailyhunt could comfortably cross 150 million MAUs by March 2019, and over 200 million by October 2019. It is currently in the process of raising Series E funding round, and is valued at a pre-money valuation of $400 - $500 million.

The question, then, is - what is Dailyhunt doing right?

Personalisation, he says, goes a long way with creating value to the customer and Dailyhunt is doing this with AI, ML and Deep Learning technologies.

“The business which we are into is focussed on building strong local partnerships with local language focused content businesses, that distribute professional quality content to the users that we acquire at any point of time,” says Virendra.

Some volume that! “Since our partnerships come from publishers, the reader gets authentic content. Our partnerships are licensed. The other news platforms focus on aggregated snippets of racy content. This doesn’t guarantee brand safety for the advertiser, this means lesser dollars spent,” explains Virendra.

When he started Verse as a value-added-service company, he says he knew in 2011 that he had to ride the smartphone wave. Virendra had one vision - build the internet for those who are online for the first time – and this vision led to the acquisition of NewsHunt.

In this drive, DailyHunt has realised it has to increase engagement, move towards video, and focus on hyperlocal content. “We aren’t fighting with other news aggregator platforms for screen space and time, but with a giant like Facebook, which has an average of 22 minutes of time spent per daily active user in the country,” says Umang Bedi, the former Facebook India Head, who took over as President, DailyHunt, early this year.

In its current growth stage, DailyHunt intends to focus on a video-first approach.

Video consumption is on the rise and the number of video plays have grown 4x in a span of one quarter. Currently Video contributes to 10 percent of Time spent which the company intends to take it to 50 percent in 12 month’s time, thereby increasing the total time spent per day by user to about 40 minutes, says Virendra. Again the relevance and quality of video content with an engaged audience makes it highly attractive for advertisers who want to reach out to the local language audience.

Thanks to the auto play feature, over 1 billion videos are played on Dailyhunt every month. “When you provide auto play of videos in feed, it requires you to host the video on the platform with caching, and also personalising the right video feed to the right audience by understanding the content consumption patterns of the users across genres of content across different times of a day. And even automate the preference of sound on or off,” explains Umang.

“In 2011, the first app was built for Symbian and Java, where the problem of local language fonts needed to be addressed. The team realised early on that news was consumed by all, and they built the service by partnering with Indian language newspapers, handset manufacturers and app distributors,” says Virendra.

When the app was first launched, data on mobile phones was a big ask. In a post Reliance Jio world, that seems laughable given that data costs have dropped from Rs 152 per GB to the equivalent amount providing a user with 1GB of data per day.

Aggregation does not necessarily retain customers, and the team at Dailyhunt reaslised this early on. “We want the user to remain on our site; if you look at other platforms, the moment you click on a news link, you are taken to the publisher’s platform. In contrast, on Dailyhunt, all the content across different content formats are ingested on to our platform every day across 15 different languages resulting in us having to personalise over 2.5 lakh artifacts of content at an unprecedented volume and velocity of content. Our customers hence consume all types of content on our platform ,” says Umang.

Hosting content in over 15 languages led to strong personalisation for Dailyhunt. “Facebook does its machine learning basis a social graph, in contrast we do it basis a content graph,” says Umang.

The platform’s algorithms look at where you spend time, what kind of content you like, the time spent, rate of scrolling through pages, click-through rates, likes, dislike and comment signals to personalise content to serve up.

Mohit Bhatnagar, Managing Director, Sequoia Capital India Advisors, an investor in Dailyhunt says, "India is fast emerging as a strategic investment destination when it comes to digital content-focused businesses. This is especially true for those catering to a heterogeneous audience that increasingly prefers to consume content in their native languages."

Industry reports, Mohit says, suggest that by 2022, around 550 million of the 750 million internet users in India will use regional languages – offering opportunities for companies and investors alike.

“As one of the early movers in this industry, Dailyhunt has successfully pressed its advantage to emerge as a leader in India's regional online content space. At Sequoia India, we believe they are uniquely positioned to shape the market with their superlative content backed by technological know-how,” he says.

Dailyhunt, like other platforms, derives a majority of its revenue from advertisements.

India’s eCPM (effective cost per thousand impressions) is Rs 120 for digital advertisements in Sec A and Sec B (and close to 70 percent of the digital spend is taken by Google and Facebook). India’s digital advertising market is $2 billion (compared to $70 billion in China and $104 billion in the US) but it’s growing at a fast rate of over 30 percent per annum.

With over 100 million users, DailyHunt has the first-mover advantage and aims to clock revenue upwards of $40 million in FY2019.

The team adds it is one of the few apps in India that has built its own advertising technology. Dailyhunt’s ad platform is pivoting to in-feed auto play video advertising, and the company is also launching a small and medium business (SMB) focused self-serve advertising interface with accurate pincode level targeting.

Vikram Vaidyanathan, Managing Director, Matrix Partners India, “We are privileged to be an early investor in the company, and have a ringside seat to the growth of Dailyhunt as India’s #1 news and local language content platform. Their innovative, localised approach and sharp focus on high quality content sources has been key to their continued success.”

He says, “In addition, Dailyhunt’s AI-led personalisation and recommendation engine solves a complex technological problem at scale. We believe in the company’s vision and look forward to journey ahead.”

Video focus, push for over 200 MAUs by end of 2019, strong local content, and a bullish investor community - Dailyhunt continues to intrigue.