With deep pockets and deeper research, Ikea wants to change how Indians shop 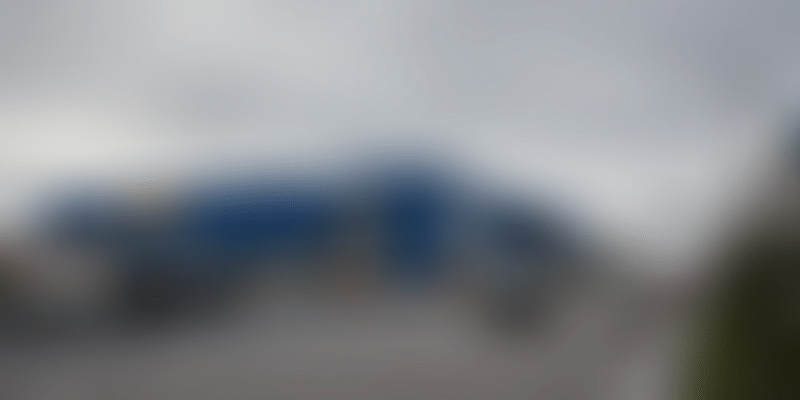 Backed with intense research and deep pockets, Sweden’s Ikea is taking no chances when it comes to India.

-- Indians love eating by the TV and sitting with the entire family.

-- Indian children live with their families for long periods of time.

-- The family system is strong in India.

They chatted with people from all strata of society on how they live, eat, spend time, and their habits. They also understood how Indians use basic household items like their furniture and their cutlery.

Mia says familial bonds in India are similar to those in Spain, Italy and Portugal. For the Ikea team, India was fascinating because of its sheer size and complexity. As part of their research, Mia showcased Ikea’s products to households and discovered that women were getting to be the primary decision-makers in families, that there is a rise in the number of independent women who are financially independent, and well educated.

India is a complex cauldron at best, and Ikea has spent all of five years understanding what Indians want. By 2025, it plans to have stores in Mumbai, Delhi-NCR, Bengaluru, Ahmedabad, Surat, Pune, Chennai and Kolkata. It is also targeting 40 smaller stores across various cities, but it has not stipulated the timeline for opening these. The aim – impressing 200 million Indian consumers enough to get them to buy, assemble-yourself furniture. In fact, Ikea has already partnered with UrbanClap to install and assemble furniture as initial research showed Indians are not do-it-yourself aficionados.

When Sachin Bansal and Binny Bansal started Flipkart in 2007, the duo, reportedly, harboured ambitions to scale to a level that it would be an Amazon acquisition. As fate would have it, Flipkart was acquired by US-based retail giant Walmart. This combination will, no doubt, go all out to take on Amazon, and the battle lines are drawn between Flipkart and Amazon for a piece of the $650 billion Indian retailing market (as per E&Y).

The Flipkart-Walmart deal made its earlier investors, such as Accel Partners India, Tiger Global and Softbank, very rich as they, along with other investors, put in $7.2 billion in Flipkart and exited at multibillion-dollar valuations. What was commendable was that Sachin and Binny raised money when they knew Amazon was coming in capture India on its own.

Similarly, Swedish home furnishings giant Ikea, whose turnover is 38 billion euro, entered India with a Rs-10,500-crore investment, and has already burnt half this money - almost 1.5x that of the Indian startups in the same space.

Its first store – spread over 500,000 square feet at Gachibowli in Hyderabad - already has lakhs of people teeming into the store. The signs are clear - Indian startups will not be acquired by Ikea for it already has its cards in place.

Investors up your game, for Ikea means business

The Indian Government’s Foreign Direct Investment regulations do not allow single-brand retail in online channels. That means Ikea cannot sell goods online. Now one may ask how Urban Ladder and Pepper Fry, backed by venture capital money, are doing just this. Well, regulations allow sourcing by different companies registered as suppliers, and the final touch point and invoicing is by Urban Ladder and Pepper Fry.

That said, Indian startups in the home furnishings space need to up their ante, or should we say their venture capital investors such as Goldman Sachs, Sequoia Capital and T R Capital must, if they have to see these Indian companies take on Ikea.

While Ikea has a decided disadvantage at the moment, the government may just give it the nod.

The government’s decision may be swayed on the scale that Ikea is already operating in India. Firstly, it employs 1,000 people per store and 1,500 people indirectly. It sources 1000 products locally, and prices them at less than Rs 200 apiece.

It sources from 50 local manufactures and its annual exports from India are worth over $350 million. With forty more stores planned in ten Indian cities, the government is sure to see the company’s contribution to job creation in the country.

Add to that, 44 percent of Ikea’s store employees are women. In Maharashtra, the company has set up a 270,000-square-feet distribution centre in Pune in partnership with IndoSpace Industrial Park, which is leased, at a cost of Rs 20 crore per year. It has also earmarked a Rs-750-crore expansion plan, and will employ 600 people in the Mumbai centre. The company plans a further investment of Rs 100 crore in Pune to add another 2.5 lakh square feet of space. Sources say Ikea plans to buy the land for the second distribution centre, but company officials did not confirm this.

“As and when the ecommerce business kicks off, we have to manage how to deliver to Indian homes. We can fulfill orders from the large store; and smaller experience stores will have fewer items that customers can buy, but they can order using the online channel and that can be fulfilled from the large store. Currently, the large distribution centres in Maharashtra can supply to the eight stores planned across the country in 10 years,” says Ikea’s Distribution Operations Manager for India Bimal Patel.

With approvals from the Maharashtra state government already in place, Ikea is working with 38,000 farmers for better cotton production. It also works with 1,200 women artisans.

“Ikea is a great company and we welcome their presence here in India. A lot of people ask me what would happen to several domestic companies after Ikea came in. I must tell you that the market we are going after is completely different from what they are targeting,” says Rajiv Srivasta, COO of Urban Ladder.

The Bengaluru-based online retailer also forayed into the physical store format and runs seven of them as of now. Urban Ladder has raised $107.2 million from a clutch of investors and it's peer Pepper Fry has raised $197.5 million.

“We believe Ikea can be a partner to many online startups. Indians like to customise their home furnishings and that’s where India is a large market and startups have an edge,” says Srikanth Iyer, founder of Homelane.com.

On its India competition, Ikea India Head Peter Betzel says its competition is the 90 percent fragmented and unorganised market in the country, and added he has a lot of respect for what Indian startups have done in the space.

Ikea plans to set up 40 centres across India in less than a decade, and is banking on building a strong distribution network. Bimal says the company is seeing benefit from the goods and services tax (GST). “It has benefited the country very much. The speed at which trucks cross borders nowadays is way better than what I am told it was in the earlier years. This will help any industry scale up their operations across the country.”

Responsible for managing supply of goods locally, he says, “You have to remember that we announced that 1,000 products are sourced locally, and I have to ensure that the 50-odd local businesses that work with Ikea supply to the store, or distribution centre in the most cost-effective manner.”

Reliance Retail has 3,571 stores in India while Future Group says it has 22 million square feet of retail space in India. There are also companies like Shoppers Stop, which has 83 stores, and Landmark Group, which has 63 stores. All these companies have a home furnishings play. According to retail consulting company Technopak, the home furnishings market is worth $25 billion and will increase to $30 billion by 2020. Compared to the US, which spends $23 per capita, Indians spend only $5 on home furnishings.

Walmart, which owns 22 Best Price Cash and Carry stores in India, says localisation is the key, and is focusing on large urban clusters. “Indian tastes vary by region and every 100 kilometers we have a new tastes and cultures,” says Kris Iyer, CEO of Walmart India.

VCs can longer play the valuation game, and there is reason to invest big in India as the ecommerce industry itself is likely to be worth more than $50 billion in size this year as per Assocham and Deloitte. The big question again is, is there an appetite in the Indian VC community to bet big?

The odds are stacked favourable – India has a 600-million-strong urban population, and the local competition is also flexing its muscles. Hej (Hello! In Swedish) Ikea is here and for the next 200 million Indian customers, something as simple as shopping just got way more interesting.