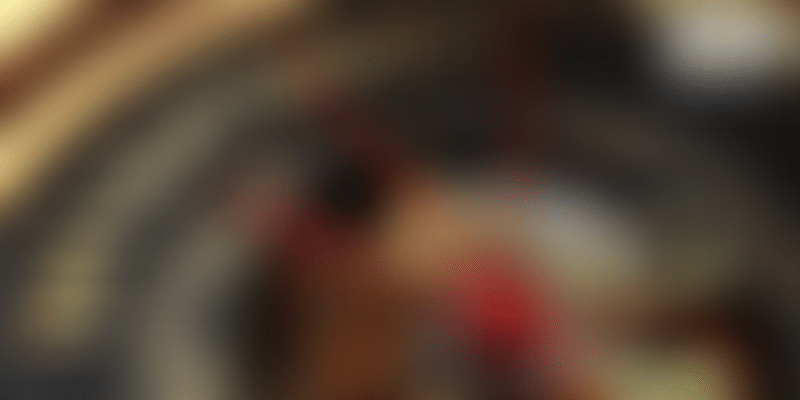 With 8.2 percent GDP growth in Q1, the overall mood in the country is positive. The numbers are strong even though oil volatility, the China-US tariff war, and the biggest rupee decline could trip up this momentum. Against this macro background, let's look at our startup world, and what the numbers show this month.

According to YourStory data, August closed with $631 million being invested in the Indian startup ecosystem across 72 deals versus $3.1 billion across 56 deals in same time last year. Last month too, the numbers were higher: $899 million was invested across 86 deals.

While the month might seem slower in terms of funding than the previous month and same period last year, there was a healthy mix of deals and there was an encouraging sign of more exits.

Sreedhar Prasad, Partner and Head - Consumer Markets and Internet Business, Advisory at KPMG India, believes this to be a growing trend. He explains,

“Large consumer internet unicorns are now becoming acquirers. They are acquiring newer categories, technologies and making acquisitions within the ecosystem. They might even look at investing in newer startups. It is a big trend, which will continue for a while.”

Some of the interesting exits seen this year include:

Interestingly, US-based Cognizant acquired Noida-based SaaSFocus while NetObjex, also based in the US, acquired the Thiruvananthapuram-based Blockchain firm Servntire Global.

“This is another trend. Global firms and large Indian corporates are looking to acquire startups; they’re going beyond internet startups,” Sreedhar says.

Thought there was a healthy mix of deals this month, last month fared better in some deal sizes. There was one secondary market deal, when none compared to last month, one private equity deal as opposed to two last August and two last month.

Funding in Pre-series A rounds have, however, been stable, mopping up $16.5 million across 34 deals in August, and $17.7 million across 30 deals in the previous month. Last August too 30 Pre-Series A deals accounted for $14 million.

Series A accounted for $56 million across 11 deals, while last month saw 14 deals raising $74 million. Last August, Series A rounds were slower, there was one undisclosed deal.

Also, August 2018 numbers pale in comparison to the $3.1 billion raised in the same month last year across 56 deals, though a very large chunk of that came from just three deals:

Month-on-month too, August proved to be slower. July this year saw $899 million mopped up across 86 deals. This again was because of the larger ticket deals: BookMyShow ($100 million in Series D), Curefit ($120 million in Series C).

The largest fundraise of the month was completed by Ola, which raised $225 million in a secondary market round. This accounted for transportation becoming the most funded sector at $259 million.

This month also saw Accel Partners and Sequoia Capital investing $12.2 million in Metro Bikes. The intersection of mobility, energy, and infrastructure will be the biggest theme in India.

Not a slowdown, but just a longer wait

Investors, however, believe there’s no cause for concern. V Balakrishnan, Chairman, Exfinity Venture Partners, says, “The funding environment continues to remain normal and there are no challenges as such.”

Vinod Murali, Co-founder and Managing Partner, Alteria Capital, says that while there might seem to be a drop or change in the number and amount of funding, deals are taking longer to close as a result of the ecosystem maturing and growing. He added that investor interest had not declined in any way.

“Deals aren’t closing in one or two months, like they would few years back. It now takes a minimum of six months to close a deal and get the money in the bank,” he says, adding he’s hopeful about the next six months, primarily because of the newer funds and dry powder in the market.

“I see a lot more deal activity than in the last six months. From both, a debt and equity point of view, there will be more funds in the market. Whether this is because of new funds entering the market or existing investors raising more capital, there will definitely be an increase in capital.”

Despite the good number of Series A rounds, investors believe these rounds are going to be fewer and harder to get going forward.

“Series A, B, and C now are going to be challenging because investors are focused on having a better profile in revenues from startups, especially at a threshold of minimum $1 million before they put their money,” Balakrishnan says.

Sreedhar believes agritech, food, fintech, and logistics are some of the key sectors. Fintech and ecommerce seem to be a recurring them. Sreedhar says,

“The financial technologies ecosystem in the country grew too fast, thanks to demonetisation. In the coming quarters there will be a lot more action in the space as it is yet to completely stabilise. It remains a hot sector, with a lot of opportunity in the B2B and B2B segments.”

Transportation was the most funded this month with $295 million. Besides Ola’s $225 million round, online bus aggregator ZipGo raised Series B funding of $43.7 million, primarily to shift to a completely electric bus fleet.

“These spaces are seeing room for the next layer of innovation to be supported by a business model. For instance, the last wave of value creation in mobility was in the ticketing value proposition, followed by vehicle classifieds. Now, with an understanding of behaviour and better data available, more finessed models are possible. So, funding will attempt to back these new possibilities.”

There also seems to be renewed investor attention towards hyperlocal and foodtech. This seems to be a spillover from the previous two month’s funding interest in the space.

Adds Pranav: “What has changed today is that many app developers, programmers, and even founders of these companies have understood the nuances of consumer behaviour in the hyperlocal space. They have a clear understanding of what the business model will be.”

There also is no surprise that there is a growing investor interest and focus on AI, Blockchain, and biotechnology.

“The hot area of interest is Blockchain but the challenge is to find innovative use cases. AI and automation have gained strong investor interest as they have moved out of the realm of theory. Startups are now building use cases with these technologies.”

One example would be Actionable Science, an AI company that raised $1 million in seed funding this month.

While this month has already begun with bang, with B2B ecommerce platform Udaan set to become a unicorn with a reported $225 million fund raise, it will be interesting to see if the exits will be same.

(With inputs from Thimmaya Poojary)