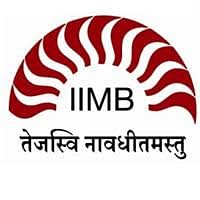 At IIM Bangalore, budding student entrepreneurs get a platform to pursue their offbeat startup ideas 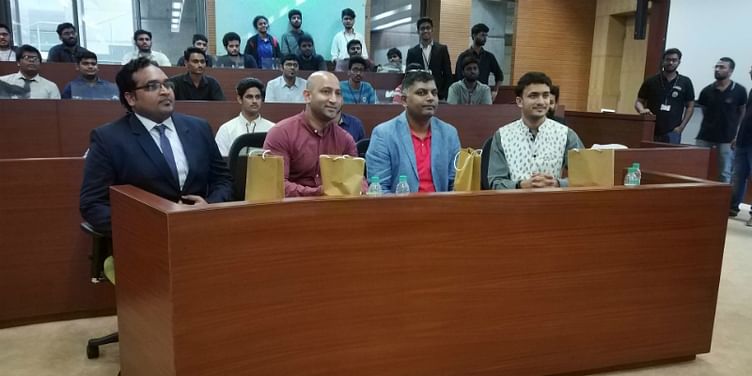 ENI also organises IIMB’s annual flagship event Eximius, where industry experts, entrepreneurs, influencers and professors come together to inspire budding student entrepreneurs. As part of this year’s edition of Eximius which was held in August, entrepreneurs such as Goli Vada Pav Founder Venkatesh Iyer, eLaundry Founder Ameet Chaudhary, Bellatrix Aerospace CEO Rohan Ganpathy, and PeeBuddy Founder Deep Bajaj shared their own experiences, challenges, how they overcame them and other anecdotes.

Why start up, and how does one take on competition?

On his reasons for starting up, investment banker-turned-entrepreneur Venkatesh said he wanted to create employment, education and entrepreneurship for the underprivileged, and saw food as a good opportunity. Given the diverse food culture that India has, Venkatesh says he found his calling when he picked up a vada pav in a local train in Mumbai. “We did a lot of zero-cost marketing. Vada pav is typically available in Mumbai, and the surrounding cities. A number of cities across the country didn’t have vada pavs. But the competition came from the street food eateries. It was the continuous innovation that took on competition,” he said.

Venkatesh stressed on the importance of effective communication, “As entrepreneurs, we’re great storytellers. Share your story with the team and sell them a future which is authentic and real.”

Deep said prospective investors always doubted his idea. “I didn’t even get appointments to meet many investors,” he recounted. “If you’re fearful of mistakes, don’t get into this startup business,” he said.

With Ameet, it was no different. “Tell your story truly. Be truthful to not only your partners, but to everyone who is associated with your business,” he added.

Rohan stressed upon how confidence helped him scale; “Do something different and not try to recreate.”

These and other such inspirational stories served to further inspire the budding entrepreneurs at the institute, which already has a number of initiatives in place to nurture and encourage student entrepreneurs.

In fact, IIMB offers students a two-year placement holiday if they decide to start up and even helps them secure seed funding through the network of mentors and VCs that NSRCEL has connects with. Tushar Lila, another student, said, “IIMB provides a plethora of opportunities for students to pursue their entrepreneurial interests. Courses such as Entrepreneurship Management not only instill conceptual frameworks, but also complement the theoretical learnings with projects on how to systematically develop a canvas for your business venture.”

IIMB student Shaishav Girish Upadhyay said, “At IIM-B, entrepreneurship is a core course and it makes students go through the exercise of planning a business venture. This course has been very helpful to nudge student towards entrepreneurship, and force them to think of potential business ideas,”

According to Luv Saxena, secretary ENI, “Events like Eximius act as a catalyst to show students that entrepreneurship is a viable career choice.”

Priya Sahani, Head – Publicity, ENI, said that if there were offbeat startup ideas without a ready market, NSRCEL mentors would help students shape the idea into a market-ready solution.

This month, the ENI also launched its flagship programme – Bstarters - wherein students run their ventures for six months from September to March, and participate in a Pitching Competition in March. The prize money last year was Rs 1 lakh and this year, the corpus could well touch Rs 10 lakh, said Luv.