Listen up, Indian startups – are you ready for a digital future? 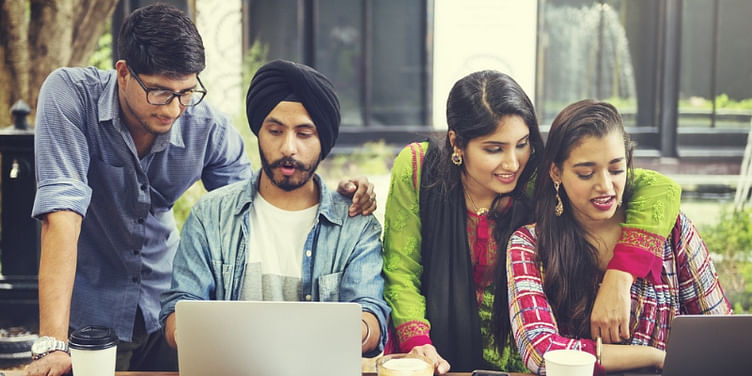 “A Kodak moment.” Remember these words immortalised in advertising history? Sadly, Eastman Kodak, whose core business was selling film, had to file for bankruptcy in 2012 when it committed the blunder of failing to cash in on digital photography, the new game-changer in its industry. Unfortunately, it was a ‘Kodak moment’ lost by the management that was ill-prepared for handling new disruptive digital technologies that were threatening its very survival. Kodak’s failure served as a wake-up call for other organisations. Their biggest takeaway was that if they wanted to be in business for the long haul, they needed to be early adopters of new technologies. It was the only way they could remain relevant, scalable, and agile.

No matter the industry, organisations should always remain at the forefront of dynamic technological innovations. This lesson is especially important for Indian startups, given the stiff entrepreneurial competition prevalent in the country. This realisation also comes in the wake of a recent study that revealed that 90 percent of Indian startups fail in the first five years. The majority of venture capitalists surveyed believed it was due to the inability of these ventures to match steps with new technological innovations.

Indian startups are compelled to shut shop also because they blindly replicate successful global business models instead of customising their strategy as per the needs of the local business environment. So where is the innovation, entrepreneurs? When are we going to build our own Alibaba and Airbnb?

Technology keeps you in the game

If India has to gain more prominence on the world startup map, it’s important to nurture and sustain its burgeoning entrepreneurship culture. If Indian businesses, across the spectrum, have to keep pace with the accelerating changes in technology, they should allow more room for experimentation. They should have a firm grip on their digital strategy early-on in the game and be conversant with emerging new technologies as well. AI, Machine Learning, Big Data, Blockchain technology, and digital currency are just some of the key trends that are poised to shape the Indian economy’s digitised future.

So far, India has fared better than other Asian countries when it comes to adopting new technologies. A study conducted by Oracle and Intel shows that about 23 percent of IT executives grasp the importance of automation, and a fifth of those surveyed believe Artificial Intelligence (AI) and machine learning integration is a must across products and services.

Leap into the future with AI and Machine Learning

Artificial Intelligence (AI) went truly mainstream when Google created a new unit called Google.ai that acknowledged the role this technology is going to play in solving complex business problems. A recent The Economist-Microsoft study indicated that nine out of 10 executives who were surveyed described AI as critical to solving their strategic challenges.

In India, a growing number of startups are using AI and machine learning to process vast amounts of data to find the optimum solutions. For example, Bengaluru-based Embibe, a learning platform, helps students improve their test scores by using its AI-driven platform, which involves considerable data crunching and advanced analytical tools.

Then there is Locus.sh, that offers algorithm-driven solutions to help salespersons follow the most optimum route while delivering packages. The company leverages the power of big data to come up with better logistical solutions for its clients. While the threat of AI and machine learning replacing human capital hovers in the air, the fear is mitigated when these technologies are proven to be successful in connecting businesses with their customers.

So, what far-reaching implications will this have for startups? For one, integrating AI into your startup could cut costs related to human resources and save valuable time and money by providing in-depth insights into your customers and their needs. Besides, such path-breaking technologies offer unique customised solutions that no other technology can claim to accomplish.

Since startups breed in a dynamic environment, they need to constantly adopt new strategies and technologies, even as the business landscape experiences seismic shifts.

Unleash the power of blockchain technology

Hailed as ‘Internet 2.0’, blockchain technology, a distributed global public ledger concept, is a protocol that is used to build applications separate from the World Wide Web. It is the new horizontal that assists verticals like supply chain, file storage, and smart contracts, among others. This technology is a huge disruptor, not just in the banking, cryptocurrency, and financial sectors, but also in other industries such as law enforcement, mobility sharing, governance, Internet advertising, car leasing, and cloud computing. In business, blockchain technology has already shattered previous notions of crowdfunding.

Further, thanks to blockchain technology, today’s startups have unprecedented access to public funding, without having to face barriers such as hidden costs and other restrictions imposed by financial institutions.

For all these reasons and more, Indian startups should focus on building their business model using blockchain to secure data and reduce security risk. Its influence is seeping into every sector, which will enable startups to maintain transparency in the supply chain and be more vigilant about their transactions.

Though the Indian government is treading cautiously around the concept of digital currency or Bitcoin, experts forecast that it will become mainstream soon.

Indian startups must be prepared for a Bitcoin revolution as it will change the fundamental way in which they do business. Since it is still an evolving technology, startups will have more room to experiment with ideas and innovations around digital currency. They can become early adopters of Bitcoin and usher in new financial processes that will eliminate antiquated infrastructure and third parties. Apart from reducing costs, it would also lead to a leaner startup ecosystem.

India is an exciting market, teeming with endless possibilities in the area of technological advancements. Now more than ever before, Indian startups must take a leaf from highly successful businesses, both on the home turf and outside India, to develop a digital roadmap for the future of their business. To put it simply, innovation and anticipating new technological trends is key to staying ahead of the curve. It’s imperative that Indian startups quickly adopt these new technologies if they want to make a significant dent in the economy and contribute to continuous innovation, productivity, and growth for their business. It is a case of now or never.

Sandeep Phogat is the Founder and CEO of Panaesha Capital.