Like your coffee green and not black? Dr Bubbles puts a fun twist on the hot, new thing in town 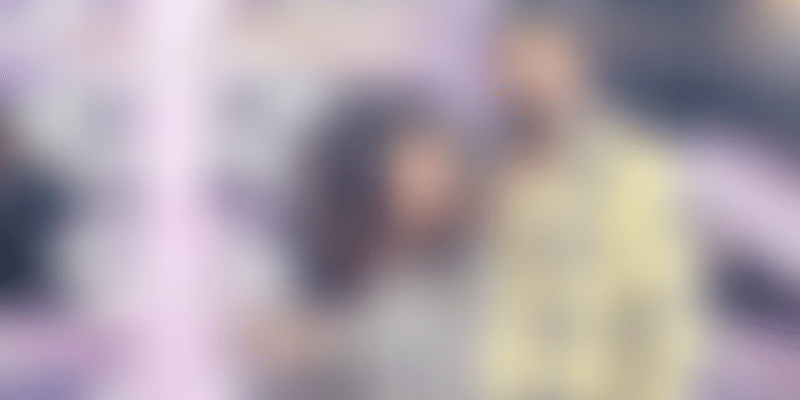 Mumbai-based QSR Dr Bubbles is brewing a success story by adding non-caffeinated bubble coffee to its beverage line.; the brand, which has 35 outlets, aims to grow to 100 outlets by next year.

Does your day not start without that steaming cup of coffee? Does filter kaapi run in your veins? Do you like it black, strong and piping hot, or rich and foamy that leaves you with a latte moustache? Whatever your cuppa joe may be, coffee is the go-to beverage for billions of people trying to jolt themselves awake every morning.

But while your morning caffeine fix can wake up your sleep-addled brain, it is addictive and can make you jittery. Enter coffee sans the caffeine - green coffee.

Unroasted, non-processed green coffee, which cuts the caffeine and ups the health quotient, is being adopted the world over by people looking to make the switch to healthier options. Green coffee extract has been used in weight loss supplements as well.

Seeing the trend, husband-wife duo Adnan Sarkar and Nafisa Sarkar decided their audience need to sample green coffee too. Their brand Dr Bubbles, which has been around since 2014, threw green coffee into the mix, as an experiment in February this year. They sourced it from Green Coffee, which provides Kerala-grown coffee exclusively to Dr Bubbles.

The founders say that while the taste is not compromised, their bubble coffee - made with green coffee - is water-based, not bitter, and can be consumed by children as well.

It all started with Adnan’s travels. Having been in the hospitality industry for the last 15 years, Adnan came across different fusion drinks enjoyed in other countries. "People infuse their tea with flavours and textures, and there was an increasing trend of bubble tea abroad," he says.

Bubble tea - tea served with flavours and toppings - originated in Taiwan and is made from black tea. However, after six months of R&D and having youngsters as their target consumers, Adnan and Nafisa felt the need to champion the often boring green tea in ways youngsters would appreciate.

This led them to launch Dr Bubbles, the first brand to make bubble tea out of green tea in India, in August 2014, at three different localities in Mumbai - in a mall, a high street area, and at an eat street. "We immediately received 70 percent acceptance for green tea," Adnan says.

The bubble coffee is topped with syrup-filled bubbles, and is available in five varieties - popping bobas, fruit jelly bobas, chocochip bobas, tapioca and aloe vera boba. The company uses vacuum drying to dry the moist green coffee beans, pulverise them, and brew in their machine.

"We tried experimenting with tea available in the market, such as Lipton's iced tea, we experimented with Girnar's Assam tea as well, but soon realised the taste had to be subtle," Adnan says.

Dr Bubbles brought a juicy twist to the traditional ‘bubble tea’ that uses tapioca pearls; they replaced them with syrup bubbles available in 24 different flavours. The company has a monopoly agreement with Taiwan's bubble tea material supplier FoKus Inc.

Initially, the business started with only one product - bubble tea. Dr Bubbles's menu now lists nine other product lines, including bubble coffee, milkshakes, yogurt shakes, pancakes, waffles, and hot beverages, each with 15 variations. It specialises in beverages and baked desserts.

At the time of setting up Dr Bubbles, Adnan was not sure if an international concept like bubble tea would be successful in India. Tea is a culture in India and its consumption has always been the traditional way. "We studied the market and changed the product to suit the Indian taste," Adnan says.

The founders say they initially tried bubble tea with black tea. However, that was not very well accepted by his friends. It is then that the co-founders decided to make bubble tea with green tea; this became a huge hit.

While their main focus is college-goers and young professionals, Dr Bubbles also wants to embrace people in their thirties.

"We mostly focus on social media campaigning, since that's where our target customers lie," says Adnan, but adds that tabloid newspapers and radio are also avenues to market Dr Bubbles.

Zeroing in on the cafe culture that college students the world over are part of, the co-founders also set up Dr Bubbles stalls in college fests and music festivals. Bubble coffee, which only formed five percent of the sales initially, now contributes to 10 to 15 percent of everyday sales for the brand.

The husband-wife team brought on board Sanjay Singh, who was a mixologist with 12 years of experiences. Recipes, therefore, were creative from the get go.

Dr Bubbles is bootstrapped and now operates in a franchise model, but has plans to expand with company outlets as well. It claims to have an 80 percent profit margin.

The company claims its turnover last year was Rs 5 crore and that they have already crossed Rs 5 crore this year. "We are expecting a 100 percent growth. We have recently got brand valuation of Rs 15 crore and our target is to touch Rs 50 crore in three years," Adnan says.

Bubbling up with plans

With brands like Cha Republic, Teaze, Chaitime, and Tea Trails making it big in the Indian bubble tea market, Adnan considers all beverages and dessert brands their competitors.

However, what's unique about their beverages is the healthy - and green - twist. The founder claims that their teas and coffees are infused with natural fruit flavourings, which makes them one of the biggest players in the Indian bubble tea market.

The company plans to expand pan-India and have 100 outlets by next year. The founders also plan to launch a new product line every six months. Dr Bubbles recently pre-launched ready-made bubble tea and bubble coffee, each in two different flavours, at their Mumbai outlet.

"We are planning to enter the FMCG market by launching ready-made bubble teas and distributing them across the country in various retail outlets in a month's time," Adnan says .