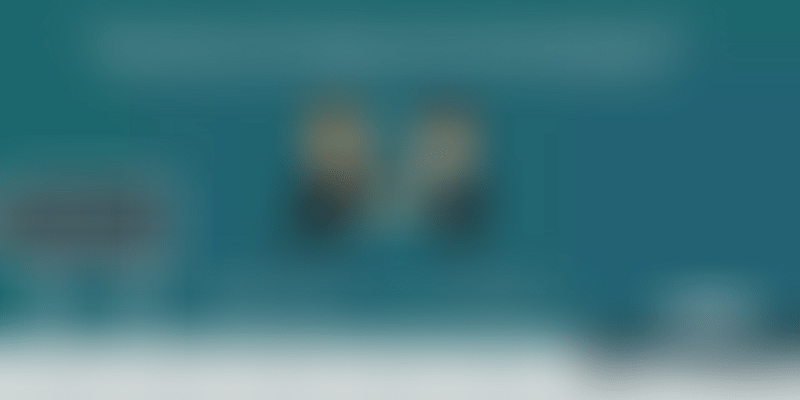 The corporate commute space in India is still largely unorganised. Bengaluru-based Routematic is bringing in some order with its fleet and software solutions.

Have you been delayed to work because you had to wait endlessly for a cab? Have you had drivers cancelling bookings at the last minute? Have you overspent on cabs because of surge pricing during rush hour? Have you wished your organisation provided you pick-and-drop?

If you’re an officegoer in any of India’s metro cities, chances are you have. And possibly more than once - possibly every single day.

Yes, there are Ola and Uber, but, in many ways, they have made matters worse. Or, rather, our over-dependence on them has. Sample this: there are more vehicles on the road, yet you have to wait longer for the cab to reach you.

And after all that, there is the concern for safety.

In the last few years, a bunch of startups have tried to fix these issues and bring sanity to the corporate commute space, which is estimated to be worth $2.5 billion today. Routematic is one such startup that is both a transportation software provider and a fleet aggregator for business enterprises.

The Bengaluru-based startup was founded by ISB alumnus Surajit Das and software engineer Sriram Kannan in 2013, and began as a transport automation solution provider. It operated on the SaaS (Software-as-a-service) model, and offered a cloud-based location tracking and vehicle management system to large enterprises in the IT and financial sectors.

In January 2018, Routematic transitioned into a full-fledged employee transportation startup, adding fleet aggregation to its portfolio. It launched in Pune, and later in Bengaluru. The fleet service will soon reach Delhi.

Routematic claims it is already servicing over 50,000 rides a month through 550 vehicles (350 in Pune and 200 in Bengaluru). By the end of this year, it looks to complete two lakh rides, and operate a fleet of 2,000 vehicles. The startup doesn’t own any assets, and is only an aggregation platform.

“Towards the end of 2017, we looked at our entire customer base and saw that just a software solution was limiting. The vehicle that fulfills a ride has a much bigger role. We had to be a player in the full stack in order to have better control over the entire transportation cycle and improve asset utilisation.” He adds,

“We also help companies mitigate various operational and financial risks, and save the time and money they spend on organising and executing commutes for their employees.”

Asset utilisation, or the number of trips taken by each vehicle, is a critical aspect here. Routematic says that being in charge of the fleet helped it increase asset utilisation by almost 25 percent, as idle time for a vehicle has come down. Cost optimisation has improved too, ranging between 15 percent and 35 percent depending on the size of its clients’ workforce.

“There was clear demand (for office vehicles) from the customer side, but utilisation was low on the supply side. Income per vehicle was low as well. With the fleet, we are able to utilise it better, and even bring down commute time by 16-20 minutes.”

Routematic has a two-pronged app for drivers and employees. A user cannot avail of its services if his/her organisation is not a client. AI algorithms in the system ensure that the best cab routes are displayed, and passengers, especially women employees, are prevented from being matched with problematic drivers, thus bringing greater safety.

Because Routematic’s corporate clients mostly have shift workers, who have fixed 'in' and 'out' hours, there is little time lost in the pick-and-drop. Employees simply have to open the app and request a cab, which is allotted as per the roster.

Without sharing revenues, Routematic says its fleet traversed 100,000 km in August, the highest since the startup began operations. Some vehicles peaked with 11 trips a day, while the average is six to seven. “The industry average is four to 4.5 trips every day,” says Surajit.

What about traffic? How does it impact the fleet’s operation?

“Contrary to popular belief, there is no rush hour in this service. Our customers are largely Indian offices of MNCs and IT-BPO companies that operate multiple shifts and create a 24X7 demand. We supply the same number of cars in the day and at night.”

From software to fleet

After five years of tracking office vehicles cross 37 locations, Routematic claims to be well-versed with the crests and troughs of traffic across India.

“We have 200 million data points coming into our system every day. It gives us a sense of individual city traffic, the demand areas, trips that take longer and so on. Our system comes up with the best possible cab routes for that time of the day.”

Interestingly, Routematic is not the only startup using AI-powered systems to offer Transport-as-a-Service (TaaS) solution to enterprises. Others like MoveInSync, HopOn, Unisys, and Cubito have developed similar mechanisms, but not many startups manage a fleet. Bigger players in the transportation space like Ola and Uber also have enterprise offerings.

Routematic’s two-pronged offering of software and fleet gives it a fair advantage. In fact, most of its SaaS customers from the last five years have subscribed to the new TaaS offering. Surajit reveals, “That’s the strategy… to make our existing clients upgrade.”

Routematic’s top enterprise clients include Cisco, Infosys, Barclays, and other IT and financial services companies. They pay for the fleet only, while the technology is enabled free of cost. “About 30 percent are BPO-KPO firms with teams in India servicing four different time zones,” says Surajit.

All vehicles are equipped with alarms and SOS buttons, and client organisations are immediately alerted on the tracking software in case of any incident.

The 100-member Routematic has raised two undisclosed seed rounds from Blume Ventures and VAM Capital (a Milan-based private equity firm). It is in talks to close a Series A shortly.

The startup wants to expand across more cities going ahead, and increase its fleet size to 5,000 vehicles by the end of 2019; because in office commute, “you need guarantees. You cannot say that cabs are not available,” says Surajit.