Bharat ek khoj: The hunt for the next 500 million digital content consumers 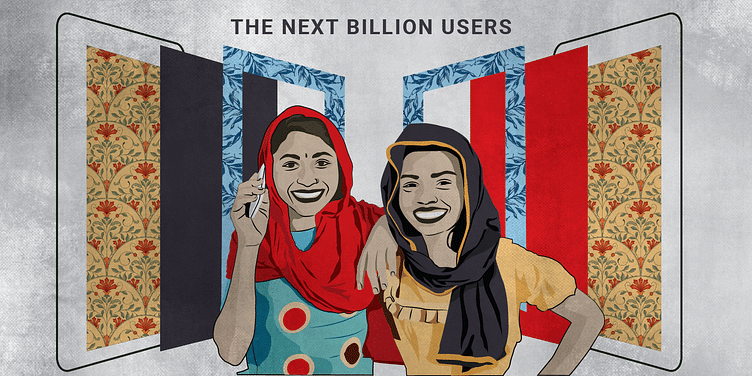 Did you check the news this morning that Salesforce Co-founder and CEO M Benioff and his wife Lynne Benioff are buying Time magazine for $190 million? At one level, it is a bit sad to see this iconic brand go for such a paltry sum amid declining circulation and a growing struggle for revenues.

When it comes to the media business, revenue and monetisation continue to remain key challenges in a world being increasingly dominated by the likes of Google and Facebook. In India, though, it seems, there is a ray of hope in the form of content for the next 500 million users coming online, aka, Bharat.

Last week, I met folks from the Alibaba Group in Bengaluru. Like so many other Chinese with a keen interest in India, they too were looking for interesting Indian companies to invest in. More specifically, Indian content companies in the B2C space, building for ‘Bharat’. For the Chinese, India is the new frontier. And they’re spending more time than ever here in their quest for long-term bets. Also, let’s not forget that China’s internet market is reaching maturity at a very rapid pace, with its 730+ million mobile internet users. Looking out for new frontiers is but natural.

And what better land for new user acquisition than India, where a fairly open economic policy ensures that anyone from around the world can come and compete to win over users in a country that is getting addicted to the internet like none other. In fact, according to a Global Consumer Survey done for India by business intelligence portal Statista, 53 percent of respondents from India stated that they could no longer imagine everyday life without the internet.

Undoubtedly, the new gold rush is all aimed at the next 500 million users coming online. Content is the buzzword. Ten years back, ecommerce was the buzzword. Then came food tech in 2013-14. And after that fintech. In 2018, though, the narrative is clearly in favour of Bharat and its 500 million potential new consumers.

There is no bigger generalisation than the way in which the next 500 million users coming online are being described. All the half a billion users are painted with the same brush. Remember, we are in a country of which it was said, “Kos kos par paani badley, chaar kos par vaani.” [The taste of the water changes every 10 miles, the language every 40.]

The heterogeneity of this audience is as vivid as the 700+ dialects that exist in India itself. What we seem to forget is that they are not a homogeneous group, not by a long shot.

And yet, we continue to think of this population as a collective: non-English-speaking from rural and semi-urban areas or the urban lower middle class who did not have access to the internet. And growth strategies labour under this flawed assumption.

Let’s look at the numbers. India’s eCPM (effective cost per thousand impressions) is Rs 120 for digital advertisements in Sec A and Sec B (and close to 70 percent of the digital spend is taken by Google and Facebook).

When it comes to Bharat, the number is at least 35-40 percent lower (and that’s a conservative discount to say the least). So, achieving 1,000 impressions (ie, views) barely gets you Rs 70. If basic advertising revenue is so low, then monetisation at scale is not going to happen in a hurry despite the huge potential volumes. It is going to require patient capital to win this market.

India’s digital advertising market is $2 billion (compared to $70 billion in China and $104 billion in the US) but it’s growing. The war room is getting ready as content aggregators prepare to dish out snackable content, on demand, to India’s half a billion new netizens. The bet, right now is to get the users first, monetisation will follow.

Right now, we are where ecommerce was in 2009-10 in India - focusing on user acquisition and racing to pole position.

According to people in the world of media-buying agencies, the Star group is the only one that has successfully bundled content for all segments, including Bharat, on its OTT app, Hotstar.

Closer home in our world of startups, news aggregator DailyHunt has the first-mover advantage in this space with over 100 million users and claims that it will clock north of $40 million in revenue in FY2019. I'm looking forward to seeing what their revenue split will be.

While in China recently, I met Shailesh Jha, formerly with Credit Suisse and later Economist at Abu Dhabi Commercial Bank. He currently tracks the Chinese consumer internet market closely. According to him, there are four very clear differences between India and China as markets for local language content.

First, notwithstanding the comparisons that are made between the two countries' markets based on size and developmental trajectory, the rise of Chinese startups was highly enabled by the digital protectionism of the government. In 2010, having refused to accept China’s rules on censorship, Google exited the market, taking away with it the Google Play store and all its associated applications.

"Over the years, Facebook and Twitter have also been banned in the country. I compare the evolution of Tic Toc, Tou Tiao and DouYin to the evolution of mammals in the absence of dinosaurs," says Shailesh.

On the other hand in India, local versions of Tic Toc are still struggling for real estate on the mobile phone screen against Facebook (30 percent penetration with India's current internet user base), WhatsApp (28 percent) and YouTube (30 percent). When it comes to how fast these numbers change on an everyday basis, your guess is as good as mine!

Second, the fact that Mandarin is extremely difficult to type, even with a modified Qwerty keyboard that allows Chinese characters, and has over 4,000 homonyms, means that it was always easier for users in China to communicate with memes and animated GIFs than actually type.

"All you have to do is see a typical conversation on WeChat and you get to understand how important embedded digital media (small videos, GIFs, memes, etc.) are for casual and fast communication in groups. Somehow, Indian languages are richer in the sense that they do not have such a handicap for transliteration while typing. That creates an inertia that makes it difficult to convert customers," Shailesh explains.

Third, unlike all Mandarin-speaking Chinese, not all Indians speak the same language. Even if a content creator tries to dip into the Indian language market, they need to adapt and create content for as many as 10 regional languages besides Hindi to be able to even address a potential market base similar to that of China.

Furthermore, our cultural diversity means that a lot of puns, memes and video content is very culture-specific and far more disparate in nature than anything in China.

Finally, says Shailesh, a number of digital content apps in China serve the function of news media in an undercover manner, which does not at all apply to India. "Local news, grievances, political and social puns and entertaining videos are often posted on Chinese digital media platforms. On the other hand, much of these needs for Indians consumers are fulfilled either by news channel apps, or the Jio ecosystem or even Facebook," he adds.

That said, I do not believe that the vernacular content market is too difficult to crack. The 450 million Hindi speakers are twice as big a market as India's 220 million English speakers. The problem is, to really make Hindi speakers native to a digital content app, we would need a full suite of features such as chat, videos, audio, customisable memes (where you take a photo/video around you, create a GIF with subtitles and share) and perhaps even chat forums. As of now, I think Hike is the closest to doing this."

The frenzy has only just begun. The mad rush to become the Justin Bieber of the Digital Content Street is marked with spiffy content strategies and innovation for differentiated content. The icing on the cake, of course, is new-age technologies like AI & ML. There is enough opportunity in this market, but beyond the technology and the strategies, what is going to be critical to win in this market is patience. A lot of patience and India first thinking. Opportunistic investments might work but these will be more of a flash in the pan.

Every week, I hope to share some insights about Bharat with you. I'm sure that you too have insights and views about this world - share these with me and together, let's get a better understanding of this new and rapidly evolving universe.