Ring in the future: Lazy Co wants you to control your world with its smart wearable 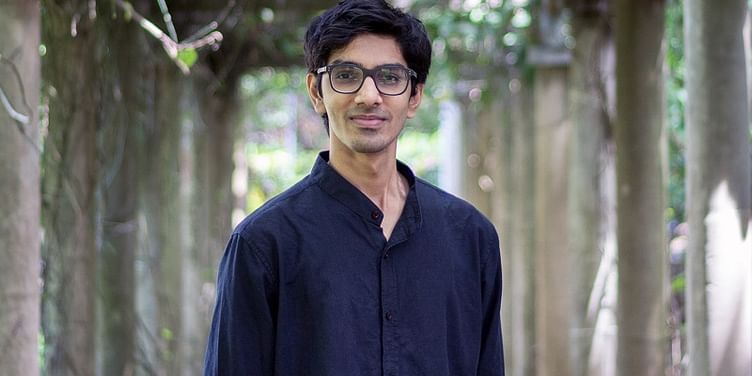 Lazy Co's Aina is many things - a smartphone, a fitness tracker, a smart home remote, and a timepiece. The revolutionary AI-powered wearable aims to change the way we interact with smartphones.

Imagine a stylish ring on your finger letting you do anything you need from your smartphone without ever touching it and also talking to people who call you. Say hello to Aina, a premium AI-powered smartring from LazyCo, an interface that gives people an easier, faster way of doing certain tasks including making calls and talking to friends.

Picture this. You wake up in the morning, swipe, and the coffee machine already starts brewing your coffee. What it means is that Aina has learnt how you have been interacting with your devices and anticipates what you want after waking up.

As the day wears on, there is so much more the stylish ring on your finger can do, apart from being just a fashion accessory. It lets you book a cab in seconds, becomes a light switch, and also takes care of your fitness goals.

The birth of Aina

After completing his BTech in Instrumentation Engineering from Noida, Apoorv Shankar was preparing a portfolio to apply for a master's in product design when he started looking for problems that he could solve through product development.

“The obvious problem that came to my mind in 2015 was the problem of women’s safety. I thought about building a ring that could protect woman during an emergency. Throughout my master's course at IISc, I took different courses from different departments so I could build this solution/business,” Apoorv explains.

There was a reason why he did not pursue the women’s safety ring as the only solution.

After multiple user studies/surveys and learning formal design processes, he realised that like wearing a “bulletproof” jacket to work every day expecting a war was not a great experience, the safety ring might have some psychological effects on the user. So he decided to drop the idea of a ring for women’s safety, which might come in useful once in two to three months and was not an everyday application.

Apoorv quickly listed down features that could be used on a daily basis in the ring; of course, it could also function as a safety device when required.

“With the help of some great professors and PhD students at IISc, and zero knowledge of acoustics when I started and after eight months of R&D in three different departments of IISc exploring different solutions, we created a whole new technology called 'near field directional sound' to perfect the UX of just one feature of the product. I would spend all my stipend on buying components, hiring interns to prototype and test different features while still finishing my final project. I found great team members, consultants, and contractors and started Lazy Co. right after my M.Des. to bring Aina to the next stage,” Apoorv says.

Apoorv founded LazyCo in May 2017 when he was at the Indian Institute of Science. The product was so innovative that it was selected at several startup competitions.

For the last one year, it has been running on award money and grants. It has been awarded a prototyping grant from CoE, IISc Bangalore, Ministry of MSME. The company has also recently been shortlisted for Acceleration by Qualcomm under QDIC 2018 and was the Bengaluru winner of Alibaba Cloud Contest. It also won free office space as part of Novel Startup Challenge and won the Best Hardware Startup Award at PitchFest, Forge Accelerator in Coimbatore, and was one of the top 10 winners at Conquest, BITS Pilani.

Putting a ring on it

“It was not an easy task to combine all features in a small package that was also look aesthetically pleasing, but we went through multiple iterations and testied the feasibility of every feature we would incorporate. Twenty prototypes later, Aina was born,” he says.

The technology understands daily habits. It syncs with the phone and learns about apps that are frequently used. For example, it is able to figure the exact time that you call an Uber or an Ola, or order food on Swiggy. It can also connect to all IoT devices at home; it can turn on the coffee machine or switch on the grille.

“It is the laziest way to do things; this technology brings convenience. The user is notified by the ring and the user controls all orders,” Apoorv says.

After a year of R&D, the product will be available for pre-order on their website for $250-500 dollars in five months.

Aina uses patented directional sound technology to let users take phone calls or talk to Alexa privately just by placing two fingertips on your ear. In addition to this, it is also a fitness tracker and a beautiful timepiece. Developers can connect with Lazy Co and earn while developing their own applications on Aina, so it becomes a safety device, a slideshow controller, or anything else they can think of. Aina enables you to do everything you do on a regular basis, without taking the smartphone out of your pocket or your handbag, acting like a remote for your smartphone.

“Since we use our smartphones to control all smart devices in 2018, we call Aina, 'the laziest way to control. Anything',” Apoorv says.

Aina comes in eight different finishes- Black Steel, Gold, Platinum, Rose Gold and Matte versions of the same. The company is also talking to a couple of large jewellery businesses for partnerships. Apoorv invested Rs 10 lakh to build the product and is using funds from pre-orders to work with manufacturers in China to build the ring.

A typical B2C wearable company would face, for example, paying customs on almost everything the company imports from abroad. Understanding taxes and accounts is another spend that startups like LazyCo faced along with making payments to vendors outside India. “But, yes, the government’s subsidy on filing patents has been really helpful for us,” Apoorv says.

According to the research firm Markets and Markets, the size of the wearable industry will be $51 billion by 2022. GoQII and wearable companies like FitBit compete with Aina. But, Aina is miles ahead because of its communication technology. Others are just wearables that track fitness data.

Since it is only a year in its operation and is self-funded, Apoorv wants to prove that the product works before he goes for fund-raising next year.

The company’s business model will be a B2C, and it will enter tieups with jewellers to sell the product in their stores by the end of next year. As of now the ring is available on pre-order in its website.

“IISc is a great place to find tech startups. If they can tweak their business model and they go-to-market in India, they can be winners,” says Naganand Doraswamy, Founder of IdeaSpring Capital.

It’s time to let a ring change your life.