Saina Nehwal: Tough, resilient and brilliant just like a diamond 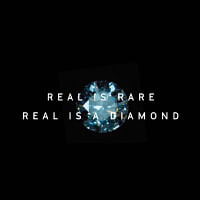 Real is a Diamond

Earlier this week, star Indian shuttler Saina Nehwal showed her precious mettle by becoming the first female badminton player from India to win a medal in an individual event for badminton at the Asian Games.

On Tuesday, Saina met World No 1 Tai Tzu Ying of Chinese Taipei in the semi-final of the women's singles event in the Asian Games 2018 being held in Jakarta. While the latter went on to win the match, Saina took the bronze medal.

For the ace Indian shuttler, this achievement is yet another acknowledgement of her indomitable spirit. Her historic feat at the Asian Games has been appreciated by sports fans from all over the country, but it's a gift from her father Dr Harvir Singh to commemorate the occasion that has her thrilled.

Sharing a photograph of herself wearing a diamond ring on Twitter and Instagram, Saina who was over the moon wrote, "Special gift from papa to me after winning my Asian games medal 2018 in Jakarta... #indonesia ... Thank u @NHarvir." (sic)

Saina and her father have always shared a special bond, especially when it comes to her game, and he has been a pillar of support for her through her journey.

Speaking to YourStory, Dr Singh said, “She usually never asks me for anything. In fact, most of the time, she brings backs things for me from her travels: shirts, shoes or tracksuits. This time, I really wanted to get her something, because I was so happy about her medal. If I remember correctly, in 2010, when she had reached the All-England semi-final, we bought her a pair of small, but beautiful, diamond earrings at the London airport. So, at the airport in Indonesia, I wanted to get her something special. She picked this ring, made of platinum, gold and studded with diamonds. She immediately put it on her finger, took a photograph and posted about it on social media. I didn’t think it would get so much attention,” he laughs.

Saina has made her way through highs and lows, staying strong even when things got difficult. There have been matches that she has won, and a few that slipped away from her grip. But nothing has stopped her from being #diamondstrong, from giving her best shot each time she steps on the court to represent her country. Saina embodies the features of a diamond, she fought her way through the pressures of the game and turned into someone rare and special. For instance, after the disappointing losses in the 2016 Rio Olympics due to injury, or the French Open in 2017, she didn’t break easily and still shined through it. She bounced back to claim a gold medal in the women’s singles badminton event at the 2018 Commonwealth Games in Australia. What has been consistent throughout is her indomitable spirit, her ability to face reality, her confidence to achieve the best, and her unwavering focus on the game.

Adorning the spirit of #RealisRare, Saina’s diamond ring reflects the gem of a person that she is. “She is one of the best persons I know, all heart, hard work and determination. She is absolutely focussed when it comes to her game, and has always been determined to do better, even when facing impediment like injuries,” Dr Singh attests.

It is this go-getter spirit that makes it impossible for this tireless champion to rest easy on her laurels. In fact, according to Saina’s father, “Less than 24 hours after we got back from Jakarta, she was up in the morning, earlier than usual, raring to go for practice. She didn’t even wait for me to prepare her oatmeal, which she usually has before leaving for practice, but just grabbed a banana to eat on the way.”

That Saina is a priceless gem is a sentiment that has been echoed before. A few months back, after Saina had claimed her second individual Commonwealth Games gold medal in the women’s singles final in Australia by defeating PV Sindhu, their coach Pullela Gopichand referred to both her and Sindhu as “precious diamonds”, women who were one-of-a kind.