This student duo from IIT invent a safe, cheap way for women to use public restrooms 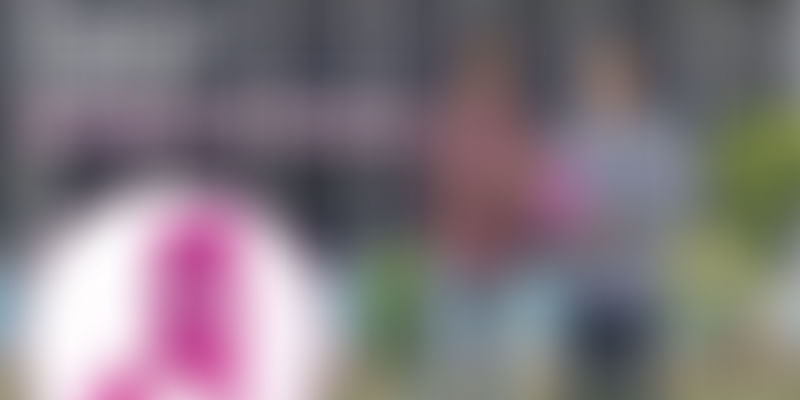 Sanitation has always been a prime concern in India. According to a report by WaterAid, 732 million people in India do not have access to basic sanitation. In urban India despite having public toilets facility, a whopping 71 percent of the public washrooms are unusable.

The worst affected, as one can imagine, are the women, especially those who travel a lot. To get a clearer picture, check out these statistics: 62 percent of pregnant women find it painful to urinate in a semi-squat position, 50 percent suffer from UTIs (urinary tract infections) and 48 percent hold their urine to avoid using public restrooms.

To mitigate UTIs arising out of using public washrooms, Sanfe (Sanitation for Female) has come up with a product, that allows women to use the loo without sitting on it. Sanfe is a startup that was founded by Archit Agarwal and Harry Sherawat, both third-year textile engineering students at IIT-Delhi.

The equipment costs only Rs 10 and is available at all pharmacies in AIIMS, Apollo Hospital. The duo has also filed a patent for their equipment, which they claim is biodegradable and easy to dispose of.

It all began when Archit was working on a project in his first year, compiling a report on the plight of public washrooms in Delhi.

Through his project, he realised the issues a woman has to face due to unhygienic toilet seats. His project's finding was supported by WHO and stated that one in every two women suffers from urinary tract infection at least once in their lifetime.

Archit later collaborated with friend Harry, who was working on an automatic toilet cleaning machine. They both then started Sanfe.

In an interview with DNA India, Harry said,

We visited many public loos across the city and almost all of them were unhygienic and unfit for use. Upon further research, we also found out that public toilets were also one of the prominent reasons behind UTI in women.

While doing the surveys I realised the problems women, especially the pregnant women, faced. This was when I thought of making a product which allows women to stand and urinate. There had to be some methodology to avoid contact with the toilet seats in public washrooms. We started with a simple funnel design and gave it to some women for trials.

The design of the product remained an issue as neither knew what could be used by all women. To address the dilemma they approached Prof Srinivasan Venkatraman at the Dept of Design, IIT-Delhi.

It is compact enough to be carried in a purse and can be disposed of easily after one use. Among various other advantages, the surface area of the apparatus has smooth curves to avoid paper cuts.

As the product was ready, the duo asked their friends and others to use and give them feedback on which the design in the future will be altered. The duo are now getting orders and looking at getting their product out beyond Delhi.