Shubh Loans eyes the Next Billion, aims to be a lender to the financially underserved 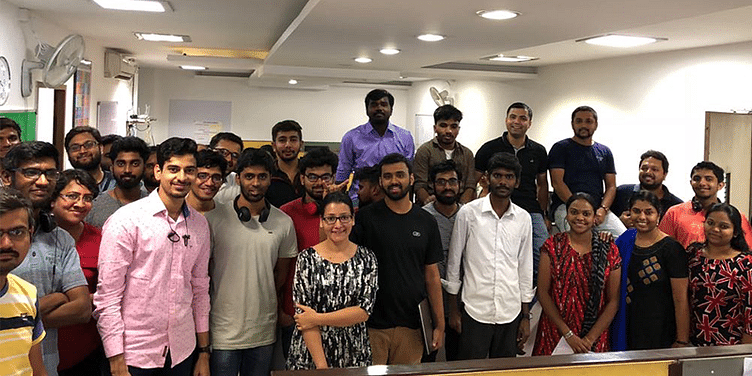 While everyone faces financial emergencies at one point or the other, formal credit systems such as banks and NBFCs are not eager or readily available to give loans to people from the lower middle class. It is during these times that fintech lending platforms such as Shubh Loans come to the rescue.

Started by Monish Anand in 2016, Shubh Loans is an app-based money lender that provides credit to the ‘Next Billion’ (households with an annual income of Rs 1.4 lakh and Rs 4.5 lakh). It helps employees with a monthly income of Rs 12,000 or more get loans of up to Rs 5 lakh with long EMI tenure (up to four years).

Besides this, the company also educates its customers about the credit system by providing them with individual credit scores (out of 100). Credit score is given based on an individual's financial information as entered in the app.

Apart from English, the app also provides support for customers in regional languages such as Kannada, Tamil, Hindi, Telugu, and Marathi.

While working in the banking, technology and telecom sectors, Monish witnessed the informal credit system and the risks involved to the credit takers very closely; this gave him the idea of starting up with Shubh Loans.

“The interest rate charged by these informal channels has no limit and people's perils are distressing. Borrowers are led into a vicious cycle of loans. I realised that the Next Billion was completely underserved by traditional, organised financial firms. They needed a streamlined and transparent way to borrow credit,” Monish says.

He says he waited for the right market opportunity and harnessed the power of mobile phones, enabling ‘credit to all’ option.

The Shubh Loans app can be downloaded from the Google PlayStore. Users need to provide few basic details (personal, education and employment), upload their PAN and Aadhaar, and a bank statement. After the loan is approved, the user has to upload a payslip along with an address proof.

Later, the user is asked to select the loan amount and the EMI tenure. The details received by the credit team helps them decide on the loan amount to be given to the customer. Once all the details are entered, the user is notified - within 24 hours - with details of the loan he is going to receive (or not). The loan is disbursed in the next 48 hours. The approved loan is deposted in the bank account, and the EMI will be debited from the same account on the communicated date.

Shubh Loans’ vernacular app has crossed 10 lakh downloads so far and has generated more than Rs 4 lakh credit reports. They are currently operational in 13 cities and are growing at a rate of over 25 percent month-on-month.

The startup raised $1.5 million in pre-Series A funding in 2017 from SRI Capital, Beenext, and Pravega, and $4.2 million in a Series A round of funding led by Saama Capital.

The founding members of Shubh Loans – Monish Anand, Rahul Sekar, Anand Barua, and Tushar Patel – met through their existing network in the banking and technology space. An IIT-Madras alumni and former employee at Goldman Sachs Asset Management, Rahul analyses credit risks and evaluates credit-worthiness. He is also the Chief Technology Officer at the company.

Monish, on the other hand, has led many national and international level positions, and has also been involved in startup and Greenfield projects. Both Anand and Tushar have over 22-plus years of experience working in the banking and financial services sector. The team currently has 100 members.

Talking about the challenges, Monish says, despite being a rapidly evolving industry, the absence of financial literacy and awareness stop people from embracing the digital economy. Also, limited interaction and the lack of a physical structure creates hurdles in building trust between the two parties.

According to a report by Credit Suisse, the Next Billion is poised to increase credit usage from $25 billion in to $335 billion by 2025, a 13x growth.

Other app-based credit lending systems in India include MoneyTap and CreditLine. However, what sets Shubh Loans apart is its focus on making credit available to all. Besides that, Shubh Loans educates the user with less credit score (who are unable to receive a credit) about the dos-and-don'ts of availing loans.

"We plan a loan disbursal of over Rs 150 crore in 2019 and want to go pan-India, marking our entry in Tier II and Tier III cities. We are also exploring lending to the self-employed and domestic helps," Monish says.