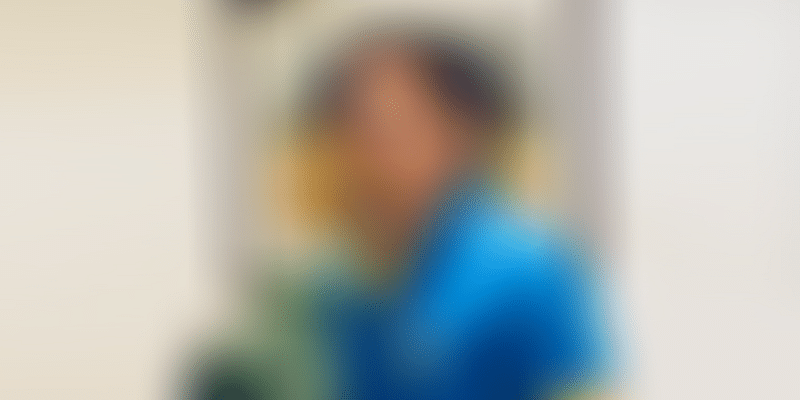 Gurugram-based BuildSupply offers a complete range of ERP solutions to increase efficiency and profitability in the real estate sector.

The startup ecosystem is full of stories of entrepreneurs taking the road less travelled. Many have left secure high-flying jobs to follow their dreams of starting up. It’s about believing in one’s goals and taking them forward, undeterred by fear of risk and failure.

Sameer Nayar’s story is no different. He was Managing Director and Head of Real Estate Finance for Asia-Pacific region at Credit Suisse, deploying billions of dollars of debt and equity. He left it all to venture on the startup path.

At the peak of his career, Sameer made a promise to himself. Inspired by Apple founder Steve Jobs’ autobiography, he decided that if he continued to work, it would only be for himself. He felt he could shake up the real estate construction industry with a technology offering.

“I always dreamt of being an entrepreneur since my early days but did not immediately jump in,” says Sameer. After resigning from Credit Suisse, he spent some time looking at various options, which included starting an NBFC or investment banking platform, but realised his heart was not in it.

After some research, and given his past experience, Sameer felt that the real estate industry was the space to be in. The market size is $150 billion but what was even more interesting was that this sector was relatively untouched by software technology especially to manage work processes.

“Any change in the real estate industry will have to happen through technology. It was like a one-way street and if one had the patience, the rewards would be plentiful,” says Sameer.

During his research, he was surprised to find that the majority of the real estate developers, including the large players, were still using Excel spreadsheets to manage their large and complex workflow. “This business runs largely on pen and paper with some large real estate developers still signing their invoices manually,” remarks Sameer.

He did toy with the idea of building an e-commerce marketplace for this industry but decided against it, as he was keen on solving the real-world problems in India. So, in April 2016, he with co-founder Sarit Sethi started BuildSupply, an enterprise resource planning (ERP) software for the real estate industry. The goal was to build an end-to-end workflow automation software for the entire construction process.

It took about 18 months for Sameer and his team to come up with the ERP technology solution that automates the entire process, starting from inception going all the way up to completion and handover.

Once the design of the project is ready, BuildSupply takes over and automates the entire process, which includes pieces such as bill of quantity, procurement strategy, tendering these packages online, invoicing & billing and labour planning.

“Our software manages from the entire lifecycle of construction starting from the piece of land going all the way up to the hand over that building,” Sameer says.

BuildSupply’s solution is a full-scale ERP software with 11 different modules for the real estate industry but does not have the functionality of sales, finance, taxation as Sameer says there are plenty of other players who are providing such solutions.

The beginning was tough not because of competition but the “status quo attitude” of the real estate industry. The sector, which was comfortable operating in a particular manner, did not find any need to implement new software.

Sameer talked to over 120 real estate developers while developing the technology solution taking several inputs. He also faced scepticism on whether the product would succeed. “The biggest challenge was simple adoption and we wanted to change the whole perception,” he says.

In several of the meetings with real estate developers who had doubts on using BuildSupply’s ERP solution, Sameer’s answer was: “Taj Mahal was built without AutoCAD but today you have it and it a better way to build.”

Sameer had to convince real estate developers that using their ERP solution would have a direct impact on their profitability, as there is complete control on their workflow process.

Taking over the construction space

Today, BuildSupply’s solution manages 45 million square feet of construction space with 10 real estate developers on board. It is currently having presence in three locations – Delhi, Mumbai and Bengaluru. This startup looks at real estate projects that are in the size of Rs 50 crore and above. It has leading developers such as Godrej Properties, Vatika Group, Tribeca Developers, Omaxe Limited, Nelson India as its customers.

BuildSuppy offers its product on a subscription-based service, which is a SaaS model and as per project pricing. The average ticket size of its product ranges from $30,000 to $70,000 a year.

The BuildSupply founder has not faced any direct competition in their product space, though there are a few companies attempting to make inroads. The majority of the software solution providers in the real estate space are largely focused on accounting or the sales aspect. “This is wide space and there will be competition but we have a head start,” Sameer says.

This bootstrapped venture, which has seed investment from Sameer, had raised a small round of funding in November last from Gree Ventures of Japan. It is now looking at raising a Series A round which, Sameer says, will be a sizeable round.

BuildSupply has laid out an ambitious roadmap, which includes touching about 300 million of square feet space of real estate construction from the current level of 45 million. It also plans to expand into other metros taking it to 10, which gives it the potential to tap into around 200 customers.

Sameer likes to measure the growth of BuildSupply on different parameters: it has grown from ten people to 25, zero customers to 10 paying ones and zero square feet to 45 million square feet.

The founder of BuildSupply also has other plans connected to the real estate industry. He is looking at prospects in ecommerce and finance, which is a $120 billion industry. “There are bigger inefficiencies in both these segments and we can help solve them through technology,” he says.

In the e-commerce space, he plans to launch a reverse auction marketplace which can be used any participant in the real estate industry. On the finance front, he believes, “We see a huge gap in terms of finance availability for small and medium enterprises who are part of vendor ecosystem and not the real estate developers.” According to him, these real estate contractors do not have access to working capital and, therefore, they see this as an untapped market.

Sameer describes his entrepreneurial journey as “pretty fun” as they are breaking new grounds and changing the way businesses are being done.

“Our overall game plan is to build the digital highway for the real estate industry,” he says.