Uber flying cars, electric vehicles or Virgin Hyperloop? What is the future of mobility? 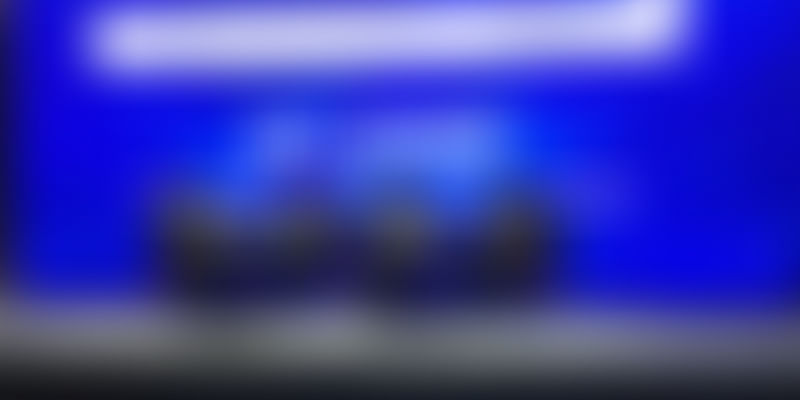 At the Future of Mobility Summit, a panel discussion comprising Niti Aayog CEO, Amitabh Kant and major players in the transport industry discussed changing mobility needs and what the future entailed for this sector.

The future is all about mobility. If all goes according to plan, a hyperloop transport system will take you from Mumbai to Pune in 24 minutes or flying cars that will transport you from Chhatrapati Shivaji Maharaj International Airport to home in 10 minutes?

This, will be the changing face of transport in the years to come.

While there was no conclusion on what mode would work well, the general consensus at a panel discussion moderated by Amitabh Kant, CEO, Niti Aayog, with Apurv Dalal, Head of Engineering, Uber India, Chetan Maini, CEO Sun Mobility and Harj Dhaliwal, Managing Director, Middle East and India, Virgin Hyperloop One concluded that transportation needs to change.

The panel discussion was held on the lines of the “Future of Mobility Summit” held in New Delhi on Thursday, hosted by Niti Aayog and Uber.

The course of the summit and idea of the panel was to understand whether we have the right infrastructure to bring about the change these companies were looking at.

The panel despite the consensus also had its heated moments. “Even with Uber Air, will Uber be able to beat Ola and be number one in India?” asked Kant.

Technology head Apurva countered that Uber had just completed its billionth ride in the country and Ola wasn’t necessarily number one in India.

Looking at every form of mobility

“We at Uber have always believed in bringing technology to meet ground needs and requirements of mobility. We look at a complete integrated transportation system and that would bring in the change in mobility,” explained Apurv.

Uber had announced the launch of its ambitious Uber Air City to be launched in Japan, India, Australia, Brazil and France in the next five years. It also announced its plans to experiment with drone delivery for its food delivery platform Uber Eats.

Even Uber is moving away from a car service to include every viable mode of transport. The San Francisco-based unicorn is looking to capture the air with its flying taxis. To enable this, Uber has assembled a network of partners that include vehicle manufacturers, real estate developers, technology developers, among others.

Looking away from internal combustion vehicles

While Uber announced India as one of its five launch countries in the next five years, currently, the Indian government is pushing for electric mobility. As part of its electric mobility plan, the centre is targeting the conversion of 30 percent of the country’s total vehicle fleet to electric by 2030.

Understandably, the push is because India is the fifth largest auto market in the world, and crude oil imports make up the single largest component of the country’s import bill at nearly $85 billion this year, according to data from the Oil Ministry's website. Reports suggest India imports close to 82 percent of all its oil needs.

The government, in a report, said switching to electric vehicles is estimated to bring down its crude oil import bill by a whopping $60 billion, and reduce emissions by 37 percent.

But to be truly electric, the current battery costs need to drop significantly. Media reports suggest prices have dropped from $600 per battery unit to $250 last year. This is believed to further fall to $100 by 2024.

An interplay of old and new

What Chetan believes would help are interchangeable batteries. “But globally there isn’t much demand for it, so why would it work in India?,” asked Kant. Chetan however believes it is cheaper this way because batteries make up 45 percent of a vehicle’s cost.

Though there is a push towards looking at different modes and ways to transform transport systems in India, Harj believes the idea is to work as a complete unit one linking to the other.

“We are working on and using technology that can transform and reimagine transport,” said Harj. The idea is to provide a different experience from the existing one, he explained in response to a query by Kant about whether it will kill airline transport?

The current modes of transport use technologies that have been there since World War II. The future of mobility is therefore not one over the other but possibly an amalgamation of all. But that also means working and building on new infrastructure.

Will a flying car drop you to a port where an electric car will take you to a hyperloop station is yet to be decided.