These 5 startups are helping the armed forces safeguard the country 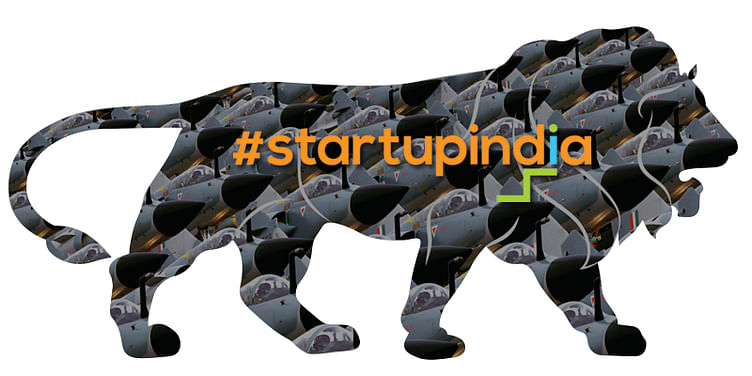 More than two months ago, Defence Minister Nirmala Sitharaman gave the Indian startup community the chance to stand up and defend their country. The minister threw a set of 11 challenges to solve technological problems faced by the defence forces to develop see-through armour, laser weaponry, unmanned surface, and underwater vehicles, and AI in logistics.

Under Prime Minister Narendra Modi’s iDEX (Innovation for Defence Excellence) initiative that was launched in April, the Ministry of Defence launched the ‘Defence India Startup Challenge’ in partnership with Atal Innovation Mission.

Already, several startups are working in the defence sector with their unique products and offerings. We bring to you five such startups.

Dust, smoke, fog, camouflage and even darkness can hamper vision on battlefields. This Bengaluru-based company builds advanced imaging and sensor systems to sense, understand and control these challenging environments. Founded in 2003 by Arvind Lakshmikumar and Ankit Kumar, the startup is a subsidiary of Sarnoff Corporation and Stanford Research International.

The company has so far received total funding of $10.1 million from Infosys, IndusAge Partners and Walden Riverwood Ventures.

Based in New Delhi, this startup began with a vision to transform data for the decision-making cycle. Founded by IIT-BHU alumnus Praveen Bhaniramka in 2006, VizExperts is a bootstrapped geospatial intelligence company.

Its 3D geospatial platform GEORBIS provides the army with real-time operation planning that helps in faster and critical decision making. In 2008, it invested $100,000 in its R&D wing for product development.

This Bengaluru-based trauma care and device company provides medical aid solutions to armed forces. It was founded in 2008 by Leo Mavely.

Its flagship product, Axiostat is a chitosan-based haemostatic dressing that is sterile, single-use and non-absorbable. The company claims that it can stop severe external bleeding in less than five minutes, and is one of the first of its kind.

This Haryana-based startup can secure borders with its IoT powered intrusion detection system. Founded by Farheen Ahmed, Tommy Katzenellenbogen, Tushar Chhabra and Saurav Agarwala in 2015, it caters to Border Security Force (BSF) and the Indian Army.

Its initial product line, the KV series, is powered by infrared and laser. It provides notifications upon border infiltration in all terrains and weather. The company claims its systems have already been implemented at the Indo-Pak border.

Although the company’s total seed amount remains undisclosed, YourNest Angel Fund, Techstars and Techstars Adelaide Accelerator have invested in it.