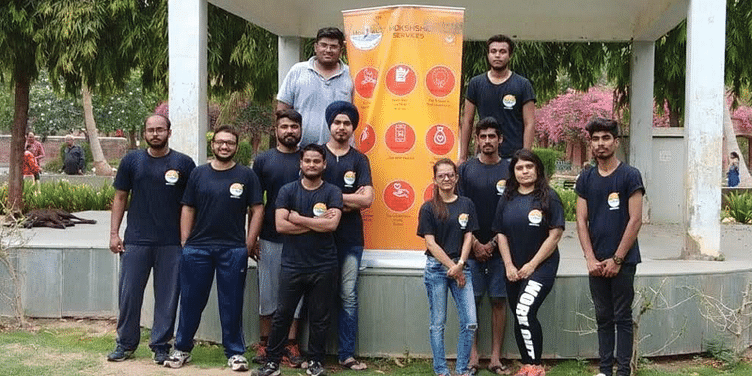 Mokshshil offers organised funeral management services, from cremation to ceremonies and events following the death of a person.

A death in the family is a difficult time for all. In earlier days, friends and neighbours rallied around to make arrangements for the funeral and other rites to help the family mourning a loved one.

Today, especially in big cities, everything has changed. People live apart from immediate families and coordinating and organising post-death events is becoming increasingly difficult. In such a scenario, a startup like Mokshshil lends a helping hand to the bereaved.

Abhijeet Singh and Bilva Desai Singh from Ahmedabad found themselves in an extremely difficult situation when Bilva’s mother passed away in 2012. While the couple was overwhelmed with the loss, they found it difficult to simultaneously organise all the ceremonies and rituals. After overcoming the family crisis, the management professors realised this was a market space to cater to.

Both Abhijeet and Bilva have PhDs in management. While Bilva received her PhD from Gujarat University in 2014, Abhijeet finished his PhD in 2013 from Symbiosis University, Pune. Both met while working at L J Institute of Management Studies in 2009. They got married in December 2010 and are currently working as professors while running their startup - Mokshshil Services Private Ltd, an end-to-end funeral management service provider.

In 2013, Bilva discussed the idea of Mokshshil with her students and gave them research projects to check for feasibility and acceptability of the idea. Bilva and Abhijeet also conducted a survey of 4,500 people in Ahmedabad to understand the market potential and problems faced by people at the time of cremation. Their research findings suggested 76 percent of the sample agreed with the concept of organised funeral management services as they found the process difficult at the time of bereavement. The research also found that 37 percent of the respondents faced problems in conducting last rites, and 29 percent in arranging prayer venues. Around 76 percent did not know how to conduct the last rites.

Bilva says, “There is a clear problem because of the increasing number of nuclear families in Tier I and Tier II cities.”

She adds, “We are an 11-member startup including founders. We have around 364 pandits listed with us on a contractual basis. We also have specific pundits for specific rites. We are currently active in Ahmedabad, Gandhinagar, and Baroda.”

Mokshshil initially offered its services only for Hindus, but gradually expanded to cater to people from Parsi, Christian, Jain, Sikh and Buddhist communities as well. It has performed more than 1,600 cremations since its inception in September 2015.

Once the startup gets a call or a request through its website, the Moksh manager and a helper with the kit and a pandit arrive within an hour. It has an app, but which is only informative and not transactional. The average fee for a standard cremation is Rs 5,000, which includes an Antim Kriya kit. Services are also customised as per requirement of flowers, ghee, vehicle, hearse vehicles, and rates vary accordingly.

Bilva says, “Some houses have their own pandits. So, there again the rates are customised. Someone would have signed for organ donation. We have tie-ups with different agencies for taking care of such matters.”

Like other startups, Mokshshil also faced challenges to scale up. “We need big funds to expand to different cities. The Gujarat government has approved a funding of Rs 20 lakh, and till now we have received Rs 10 lakh,” she says.

She adds, “In India, awareness is low for services like ours. Even insurance as a business model was criticised when it started. We also faced similar criticism. We were not able to do direct advertising like newspaper advertisements or hoardings. So, we opted for indirect marketing like organising events at old age homes and conducting activities like yoga camps for elders. We also organised heritage walks and haunted tales (people come and tell stories and their experience of paranormal events).”

Bilva says that according to 2017 data, more than 13,000 deaths take place every day. “With the right positioning, we can cater to 30-40 percent of that market.” In 2018, the startup posted a revenue of Rs 13 lakh. It claims to be profitable from the first day of operations.

Mokshshil wants to expand its presence pan India within two years. It is also looking to expand through a franchise model. It is currently in talks with few interested parties in Bengaluru, Pune, and Chennai.