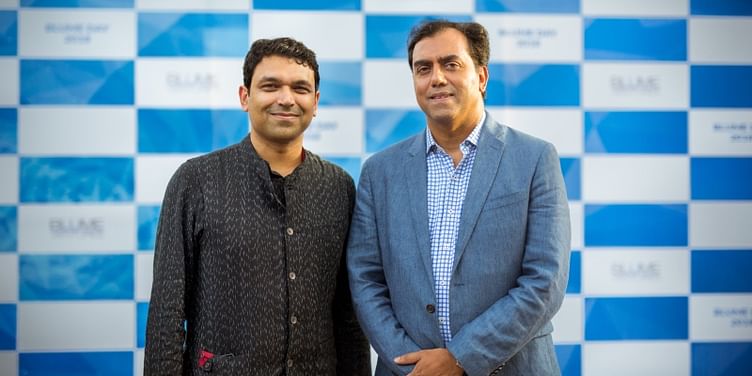 Blume Ventures announced the first close of its third fund on Thursday. In a release, the VC firm said it had already reached half its target corpus of $80 million, and has a commitment from existing investors for another $20 million. The early-stage VC firm aims to achieve its final closure in the next few months.

The new funds will be invested across a concentrated portfolio, and will have opening investment cheques of $500,000 to $1 million. This fundraise also gives the VC firm the ability to commit larger amounts in future rounds. A press statement shared by the company said Blume is now signalling larger ownership, and a longer and deeper commitment to startups.

The new fund will also help fuel Blume’s expansion into Delhi-NCR, and help build a new team in Bengaluru. The Bengaluru team will support Blume’s portfolio in the city, and help identify others and grow a Fund III portfolio.

Founded in 2010 by Karthik Reddy and Sanjay Nath, Blume raised its first fund of $20 million in 2011, which was supplemented with an Opportunity Fund. It subsequently raised a $60 million Fund II in 2015. Apart from Blume’s existing LPs, new anchor investors from Japan, the US, India and other parts of Asia participated in this fund close.

The remaining 35 to 40 percent will focus on cloud, AI, analytics, SaaS, verticals, Blockchain, agri, deeptech, robotics and IoT - companies that can innovate and engineer with local talent pools and yet scale globally.

Karthik Reddy, co-founder and Managing Partner, Blume Ventures says, “The larger fund, compared with our humble $20 million beginnings in Fund I, allows us to lead investments more emphatically for higher ownership, commensurate to the value-adding platforms that we have built and in time for fantastic founders that are emerging from the success stories of the first cycle in Indian startups. In Unacademy, HealthifyMe, Purplle, Railyatri, Turtlemint, Dunzo etc, we are seeing that we can build uniquely for the Indian market and Blume has an eye for such founders and market gaps before larger funds step in.”

“Blume is building an incredible track record and a global ecosystem of partnerships that are helping generate the first breakouts in Global B2B stories. The emergence of GreyOrange, Locus, Servify, Stellapps, Carbon Clean Solutions, Dataweave, Tricog and many more innovation-heavy early winners across Funds I and II gives Blume an upper hand in driving the best founders to work with them and a repeatable product success story overseas,” says Sanjay Nath, co-founder and Managing Partner, Blume Ventures.