How Culture Impacts the 3-Step Formula for Success 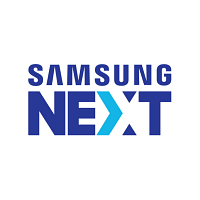 Be a doctor or engineer.

Get a good job.

We as Indians are only too familiar with these words. India’s approach to choosing a career has been largely based on this 3-step formula. This was the expected path to success for young Indians in the 1990s and 2000s. Society as a whole not only encouraged this path, but actively discouraged others. It’s tried and tested and it works, why veer? Why take a risk?

However, around 10 years ago, a few risk takers decided to break cultural bounds and build something that had the ability to create national impact. It would leverage their technical background, provide the opportunity to make multiples on their salary, and allow them to be independent and make their own rules. And so, the Indian startup founder was born. However, the growth of this species was gradual, almost slow.

Today, the Indian startup ecosystem has gone from incubation to growth stage. While VC funding from around the world – the US, Japan, China, Korea, Israel etc. – has started flowing in with increasing confidence in the local market and entrepreneurs, the number of startups in India (currently ~5,000) is lower than New York, Beijing, or London. What will it take for us to grow as quickly as global expectations? What role does Indian culture play?

The Impact of Culture on Startups

One often underrated yet powerful factor for growth is India’s culture. The role of family, societal norms, and inherent risk appetite can either propel or hold back people from joining the startup ecosystem.

While much data is available on VC funding, startup incubation, ecosystem support etc., culture remains the overlooked X factor. This is surprising given how this has an overreaching influence on the growth and success of founders. The Organisation for Economic Co-operation and Development’s (OECD) Global Entrepreneurship Monitor reports that India has higher-than-global-average rates of fear of failure and lower-than-average intent to be an entrepreneur. Why is this? How can we change it?

Here’s what seems to be causing the problem:

While cultural inhibition towards being a startup founder are relatively easy to narrow down, the solution requires time and patience.

If we are to move forward, there are a few steps founders could take:

As global excitement grows for the Indian market and more success stories like Flipkart, Ola, and Freshworks pop up, there is no doubt startups will continue to grow. However, cultural change must occur concurrently to create a culture that embraces entrepreneurship and healthy risk taking. This happens when parents, investors, founders, and mentors look inward and decide to take responsibility for thinking differently and accepting the new 3-step formula for success – create a vision for a better world, take some risk, and succeed after failing.

Lastly, a quote to inspire you - "I knew that if I failed I wouldn't regret that, but I knew the one thing I might regret is not trying." --Jeff Bezos, founder and CEO of Amazon

Coronavirus updates for May 27

How COVID-19 is transforming the education sector in India