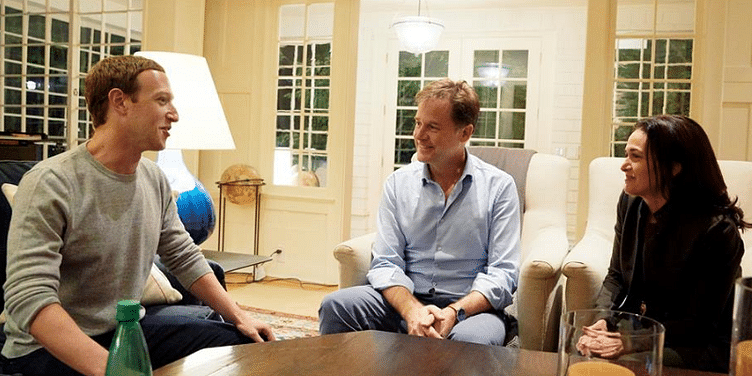 On October 19, Facebook COO Sheryl Sandberg put out a post on her page announcing the appointment of Nick Clegg as the company’s new VP, Global Affairs and Communications. She described Clegg as “a thoughtful and gifted leader who has served as a Member of the European Parliament, a British MP and Deputy Prime Minister of the UK,” and as someone who “understands deeply the responsibilities we have to people who use our service around the world”.

Clegg replaces Elliot Schrage, who led Facebook’s global policy and communications team for the past 10 years. His appointment has got everyone talking. And rightly so. After all, it is not every day when a former MP and deputy PM no less, gets roped in by a global corporation.

The circumstances surrounding Clegg’s selection make it all the more intriguing.

It is no secret that 2018 has been a challenging year for Facebook. With controversies and allegations on security breaches, many users have been quitting the platform, and Facebook has not yet been able to deal with this effectively. Some Facebook shareholders have even proposed that Founder-CEO Mark Zuckerberg be pushed out of the company - a move that could erode billions of dollars off Facebook’s valuation. Several public funds with holdings in Facebook have backed the proposal, according to a report in the Wall Street Journal.

In a nutshell, it is a “critical” time for the tech major.

Sandberg summed it up thus:

“Our company is on a critical journey. The challenges we face are serious and clear and now more than ever we need new perspectives to help us through this time of change.”

Surely, a former minister brings to the table a whole set of “new perspectives”.

But what do appointments like this mean for the corporate communications industry? Are corporates now on the lookout for big, influential people to run this department? If yes, why?

PR in the time of government scrutiny

A public relations and corporate communications specialist YourStory spoke to, on the condition of anonymity, says,

“Much of corporate affairs has involved lobbying and working with government and bureaucrats. This is essentially why ex-bureaucrats and politicians are welcomed into these roles. They bring with them experience, access to people, familiarity, etc.”

This makes a lot of sense in the context of Facebook.

Consider this: Facebook currently faces heavy scrutiny in the European Union, which is tightening its internet and tech regulations. New shots are being fired every day and there is a big question mark over Facebook’s changing role in society, popular culture, and politics. Put simply, the Zuckerberg-owned company needs people with great socio-political clout to tide over this storm.

The Financial Times revealed in a report that Zuckerberg spent months “wooing” Clegg to take on the role. Facebook reckoned Clegg was the right candidate for the job because of his connections to the European Parliament and his larger influence across the continent.

He is a rare “outside hire” for a key role at Facebook. It is also indicative of the fact that most tech corporations are now gearing up for tougher internet and media regulations globally. His appointment could, in fact, set a precedent.

On Clegg’s role, an industry insider who has had stints in corporate affairs across tech companies, tells YourStory,

“The job is much broader than PR. It covers public policy, government relations and corporate communications. Facebook has hired Nick Clegg for his experience and the positions he has held pertaining to Europe. It is a very unique hire.”

But, what does it mean for traditional communications folks?

Last week, a few seasoned corporate communications and public relations professionals took to Twitter to weigh in on Clegg’s appointment at Facebook and the growing trend of communication roles going to people without the typical background. Tinu Cherian Abraham, a veteran PR practitioner, was one.

“Earlier, ex-bureaucrats and politicians were welcomed to corporate affairs roles. This is probably the first time a politician moves to a global role handling both communications and corporate affairs. It is an interesting trend.”

Earlier, in 2018, India’s own TATA Group appointed former foreign secretary S Jaishankar as its global corporate affairs head. It said in a statement, “His extensive experience and knowledge on international affairs will be very valuable to the group as we work to reinforce our brand and leadership globally.”

And there could be more such appointments coming up in India Inc.

“Companies need professionals who can handle policy and government relations. The Modi government has made it hard to practise ‘lobbying’ the way it used to be done earlier.”

The policy-public-relations-corporate-affairs narrative is still evolving even as conversations around artificial intelligence and robots replacing traditional jobs continue. But, eventually, it all boils down to acquiring new skills and adapting oneself to constantly evolving roles in the age of social media.

HR guru and talent management expert Abhijit Bhaduri, who has served as the Chief Learning Officer at Wipro, puts it in perspective. He says, “Companies have to invest in re-skilling. But it is the individual who must take an active role in defining the kind of roles they want to take and the skills they wish to build.”