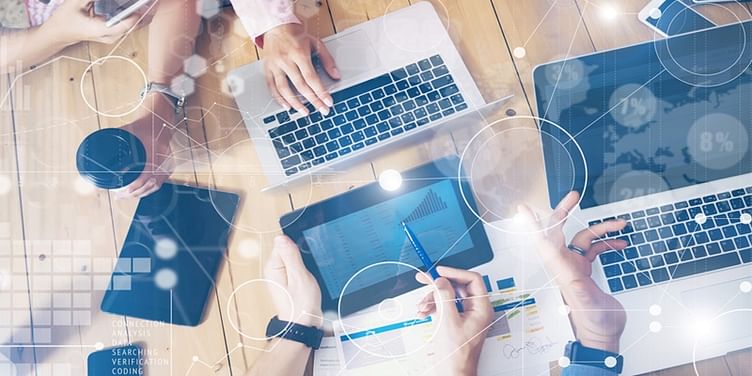 This is about avoiding building a generation of industrial style infrastructure by setting up a post-industrial, lighter and innovative technology system. For example, leading innovation in jet propulsion engines and its adoption could have helped us avoid building thousands of miles of road infrastructure, and so on.

The tech industry is perhaps going through its own phase of “creative destruction” led by a dynamic avatar of internet, and the many digital technologies and automation standards it has spawned, including big data and predictive analytics, artificial intelligence, cloud computing and the Internet of Things.

They are, by far, the most defining innovations, or “creative destructors” of the modern era, truly giving new meaning to the word change. Today, change centres on our ability to freely work, collaborate, scale and expand, and freely operate from anywhere using any device, connecting to others, and ultimately skip a few steps on the development curve.

In 2008, futurist author Robert Frenay argued about this change in his fascinating and wide-ranging book, ‘Pulse’, where he writes that a new era in human history is upon us, one where biology, technology and culture are converging rapidly to create a profound impact on agriculture, neurology, economics, jobs, and in almost every other discipline of human endeavour.

This shift may have started over decades ago with ideas that foresaw how new systems based on the “Machine Age” would alter life as we know it.

Not surprisingly, these technologies have also brought about their own share of fear mongering and doubt, especially about AI, automation and robotics that could replace jobs, or how AI-fuelled social networking platforms could incite disharmony and even invade our private lives, triggering an intense man versus machine debate.

Yet, this fear is unfounded because throughout history, we’ve seen how people have adapted to such disruptions in the status quo. The rapid use of technology and automation, and the resultant growing number of user end-points or devices is naturally forcing the traditional business environment to resist, and then creatively reinvent, innovate and compete in a new normal.

This fear is in partly due to the short-sightedness of workers and businesses on how they view their future in relation to the role they have now, as opposed to how it will evolve.

Indeed, while the mechanisation of cottage industries such as textiles to large-scale enterprises housed in factories created economic growth like the world had never seen before, leading to rapid expansion and globalisation, digital era technologies like AI and automation offer the same opportunities today, helping create better products, quality and standards, services and experiences.

As the boundaries of our physical and digital lives blur, central to the man versus machine debate is the question of emotion. Can machines really be like human beings and possibly replace us sooner than later? Do they have integrity? Can we trust them?

Finding the right answers may take a while but it’s clear that technology startups and other digital tech-centric organisations are leading the effort to strike the right balance to ensure trust, which is possibly the new benchmark for competitiveness and growth.

They have an edge because they are ahead of others on the digital transformation curve led by their focus on a market-based approach to adopting technology and better experience with collaborative digital platforms—allowing them to free up people, instead of eliminating them, recognising quickly that the goal must be to let people focus on big problems and solutions that artificial intelligence or automation cannot solve at the moment.

It is evident that jobs and lives are likely to be more disrupted than they ever have been, and one part of the solution is to look at automation and other digital technologies as enablers of business growth, and in ways, people are unable to. Companies that anticipate these risks or opportunities and embrace them are beginning to benefit most.