With a unique online mentoring model, Goa-based Topmytest wants to stand out in the test prep market 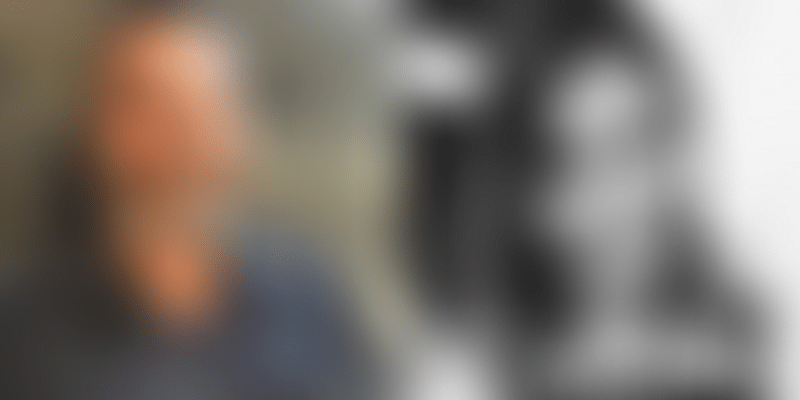 Let’s face it: test prep classes can be a little boring and tedious. They can invoke the typical classroom atmosphere, and moreover, they lack the personal touch - a slow student may find it difficult to keep up with the rest of the class, while someone who is quicker at grasping concepts may find it unchallenging and monotonous.

Sucharita Banerjee and Vivek Sankaran, who worked at T.I.M.E., Goa, as Regional Marketing Head and director of the franchise, respectively, realised there was a need for a mentoring ecosystem for students, and learning takes place in an atmosphere where they are treated as adults. This led to the birth of Goa-based online learning platform Topmytest in January 2018 with a focus on leveraging the change in technology to connect mentors and learners on a ‘self-learning’ model.

Topmytest targets graduates aspiring to do an MBA in India or abroad, 95 percent of them being in the age group of 22 to 26 years. While they are spread all across the country, a majority of them are from metros like Delhi, Mumbai, Kolkata, Bengaluru, and Tier II cities in Madhya Pradesh and Uttarakhand.

“We started by promoting our courses through various study groups on WhatsApp and Facebook. We started with a group discussion and personal interview module and then launched the ‘Ultimate LRDI (Logical Reasoning and Data Interpretation)’ course in February, the ‘MBA Prep Talk’ series in June and the ‘Ultra Practical QA’ course in August,” explains Sucharita.

The classes are usually recorded sessions sent to students, with each video being about 20-30 minutes. For every course, Topmytest provides around 500-600 videos.

Though students can take their own time to complete viewing the videos, Topmytest is able to keep track of whether they access the videos and practise the questions. The team calls up the students and follows up as well. Students can also have their doubts cleared by posting them on the platform. Topmytest clears them within 48 hours.

Additionally, Topmytest helps coach students on preparing their CVs, profiling themselves and making them ready for the corporate world. As a part of the personality development course, it conducts mock one-on-one interviews with students.

After coaching, the MBA aspirants are tested on their skills and what they have learnt so far by a set of mentors from outside.

Topmytest also hosts MBA Prep Talk series- a weekly podcast where mentors from different educational institutions and MBA schools are invited to share their opinion on the corporate scene. Till date, it has released 19 podcasts.

Sucharita Banerjee has an MBA from TIAS Business School, Tilburg University, Netherlands, and Vivek Sankaran has an MBA from IIT KGP. Before their stint at T.I.M.E. Goa, Vivek worked in GE Capital and HSBC Bank in the areas of data analytics, portfolio management and merchant alliances.

Apart from the founders, Topmytest has five mentors- instructors from the industry--on its platform working on a consulting role. Though Topmytest’s main source of revenue is from online courses, the team is also trying to monetise the test prep section by tying up with B-schools and with companies to provide corporate e-learning programmes.

Unlike its competitors like CL and TIME, which charge a fixed amount for all their courses, Topmytest charges based on subjects. "Students, therefore, have the flexibility to choose the subjects they want to be coached in," adds Sucharita. This is because Topmytest believes that a student need not learn all subjects for MBA preparation. For a course, it charges on an average Rs 5,000-Rs 6,000.

The team was clear from the start that it did not want to create an online version of the physical test prep. This meant it had to create content from scratch, and generate customer interest from nothing. Vivek worked with a couple of Facebook groups to understand the dynamics of online test prep. The team then became part of online groups where its initial promotion took place.

Topmytest started with 25 students, who had written the CAT exams. Sucharita says they have a 95 percent success rate with almost all students getting into top colleges in India. The company has close to 100 paying customers and has become operationally break even with a monthly revenue growth of around 25 percent.

According to a report by Business Wire, the online education market in India is poised to grow at a CAGR of 20.02 percent during the period 2017-2021.

Recently, the edtech sector in India got its first startup unicorn in Byju’s, which has raised $244 million. Edtech startups like Byju’s and QuickLearn also create their own content.

Bootstrapped so far, Topmytest is looking at funding to include more courses in government exams and invest in sales and marketing. It has plans to set up marketing offices in Delhi, Mumbai, Kolkata, and Bengaluru in the future.

It wants to expand on its podcast material, for which it requires more affiliations and funding. The team has plans to get around 150 mentors on board by the end of 2019.