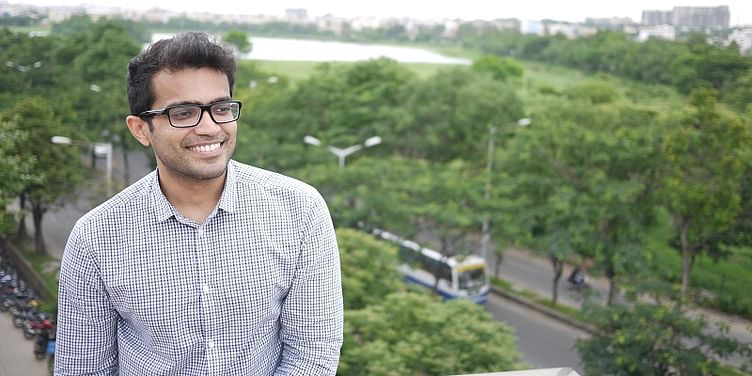 ClearTax will use the funds to accelerate growth, bolster engineering infrastructure and teams, and push for further sales and marketing of the tax filing and investment platform.

Tax filing and investment startup ClearTax on Tuesday said it had raised $50 million (approximately Rs 370 crore) as a part of its Series B round of financing from Hong Kong-based Composite Capital. Without taking names, the company also said existing investors would be participating in the round, taking the total funding to Rs 400 crore.

The company will use the funds across three major areas, including accelerating the growth trajectory of the platform by acquiring more businesses and consumers; bolstering their engineering infrastructure and teams; and pushing for further sales and marketing of the platform.

The Bengaluru-based startup at present has over 100,000 businesses using ClearTax’s GST software, with more than 25,000 chartered accountants using the platform for GST or income tax filing.

Speaking to YourStory, Archit Gupta, Co-founder and CEO of ClearTax, said funds would be primarily deployed for this growth. He added,

“ClearTax’s mission is to simplify taxes and finances for India. People struggle with filing and saving on taxes. Our ClearTax solution is unique because it helps users e-file and save on taxes in 4 easy steps. Our GST platform enables companies and CA firms of all sizes to effortlessly comply with all aspects of the government’s GST regulations. With this new investment, we have more firepower to focus on our mission, accelerate our growth trajectory, and continue to invest in technology and innovate our platforms to meet expanding customer needs.”

Archit also said the company planned to double its engineering team from 40 to 80 members.

The startup had earlier raised $12 million as a part of its Series A financing from SAIF Partners.

In January this year, the company also introduced its mutual fund and investment platform for consumers, by directly partnering with various Asset Management Companies (AMCs). On this Archit said,

“The investment platform is very exciting for us. We understood from our consumers that tax filing was a critical problem for them around July, but the larger narrative through the year was tax saving. Hence, we thought of it as a natural foray and are extremely excited to see the opportunity.”

The founder said present users of the platform were millennials, mostly first-time investors. While the company did not disclose the total number of users or AMCs it had tied up with, Archit said the aim was to have close to 100,000 users making investments through the platform by the end of this financial year.

Scouting for newer investment opportunities for users, the company is also contemplating introducing gold as an option for investments. It is also looking at increasing risk exposure while looking to introduce liquid funds for consumers to invest in.

However, ClearTax has no plans to spread itself thin. Archit said,

“We don’t want to make the mistake of spreading ourselves thin by introducing more and more products. A better approach for us is to hear the needs of our consumers and introduce products in a structured way.”

To help businesses, the company also started their Startup Programme in 2017 to offer incorporation services. ClearTax claims to be helping 500 new companies get registered every month now.

In the coming year, the company aims to focus on increasing the number of users engaging with the platform, while growing out key metrics. As the B2B side of the business contributes to more than 80 percent of ClearTax’s revenues, the company plans to reach $20 million in turnover by FY20.

ClearTax was the first India-focused company to be funded by Y Combinator. Its other investors include Peter Thiel and Sean Parker-backed Founder’s Fund and Sequoia Capital.