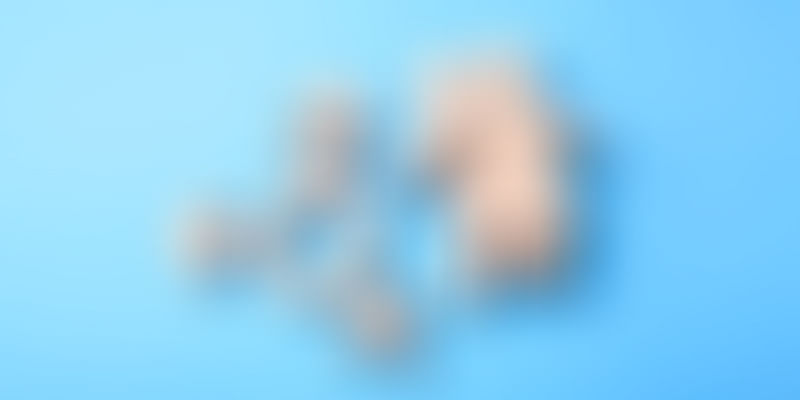 The ‘Women in the Workplace’ report shows how gender diversity can be achieved if companies take specific actions. Without that, a commitment is just an intention.

Women may be getting more college degrees than men for the past 30 years, but they remain underrepresented at every level in corporate America. According to the 2018 edition of the annual Women in the Workplace study conducted by LeanIn.Org and McKinsey, women also continue to be dramatically outnumbered in senior leadership. Only about one in five C-suite leaders is a woman, and only one in 25 is a woman of colour. Women are sorely outnumbered in senior leadership as well.

The larger problem, however, is this:

“Companies report that they are highly committed to gender diversity. But that commitment has not translated into meaningful progress ... Progress isn’t just slow. It’s stalled.”

Things are only slightly better in India, where the representation of women in India Inc grew by 5 percent according to a survey done by the Best Companies for Women in India and Working Mother Media. When we look at India, the challenge of colour is replaced by issues like caste, social bracket and cultural associations.

So how can companies bridge the divide? According to the Women in the Workplace report, there are six key factors that can make a difference:

There are enough studies to prove that diversity has a positive effect on company culture and financial performance, including the Global Recruiting Trends 2018 by LinkedIn (based on a survey of 8,815 recruiters across the world, including 1,013 from India). In the McKinsey report too, more than 90 percent companies surveyed said they prioritise gender and racial diversity because it leads to better business results.

The problem is that the message is not reaching employees. Only 42 percent employees think this is the case for gender diversity, and only 22 percent think it’s the case for racial diversity.

2. Address the unconscious bias in hiring and promotions

Companies are not hiring and promoting women at equal rates and an unconscious bias has a major role to play in this because, as the report says, “Very few companies train employees to recognise and push back against bias in hiring and promotions.”

Only 19 percent require unconscious bias training for employees involved in hiring and just 4 percent require training for those doing performance reviews. Only about a third remind employees to take steps to avoid bias at the outset of both processes. The lack of this training means that people (and companies) are simply unaware that they could be biased without knowing. This manifests itself in reviews. As the report points out:

“...companies are far less likely to track bias in performance reviews—for example, to see if women’s communication styles are criticised more often than men’s—yet performance reviews play a major role in who gets promoted and who doesn’t.”

3. Make senior leaders and managers the champions of diversity

For organisational change, it is the leaders who have to drive diversity and inclusion. “When employees have a manager who regularly challenges bias, as opposed to one who rarely does, they are more likely to think that everyone has an equal chance to advance at work—and they are less likely to think their gender has played a role in their missing out on a raise or promotion,” says the report.

4. Foster an inclusive and respectful culture

The report points out that although women deal with more everyday slights and disrespectful behavior than men, 58 percent of all employees experience some type of microaggression, suggesting incivility is common at work.

If things need to change, then it can’t just be about driving the culture and values of the company but also highlighting and communicating that there is no room for sexual harassment, disrespect, or bias, and when needed, stringent action will be taken. Communicate, communicate, communicate this a thousand times over, and start at the top.

5. Make sure that women are not the ‘only’ one of their kind on a team

The higher they go, the more women find themselves alone in the room, and that often makes them feel isolated. Companies need to stop having just two women in the boardroom because it checks a box. According to the report, companies need to examine and explore how they can move women through their organisation.

The report states, “One approach is to hire and promote women in cohorts; another is to cluster women on teams. As opposed to staffing one woman on a number of teams, companies should consider putting groups of two to three women on teams together.”

And in order to move away from reinforcing gender stereotypes, it recommends thinking twice before clustering women in functions traditionally dominated by women, like human resources and communications.

It also recommends creating opportunities for the “only” women in a room to connect with other women, and to foster more women’s networking groups within companies.

6. Offer employees the flexibility to fit work into their lives

While many companies provide flexi work hours, many employees don’t really benefit from it because sometimes managers (and peers) are biased and unsupportive. At other times, the culture is such that most women avoid opting for flexible work hours because they fear they will be labelled inefficient.

The report found that 41 percent of employees have children at home, and 17 percent do not have the support of a partner in the house. Although balancing work and family is an issue for both women and men, it continues to weigh more heavily on women: across all races and ethnicities, women are far more likely than men to do most or all of the household work, in addition to their day jobs.

To make flexible hours a real benefit, companies need to approach it with a mindset that supports all employees rather than just be something that women need because they can’t manage work and home.

Note: LeanIn.Org and McKinsey & Company have published the Women in the Workplace study annually since 2015. This year, the report captures 279 companies employing more than 13 million people. Additionally, LeanIn and McKinsey spoke to 64,000 employees on their workplace experiences. This year’s report also contains interviews of women from different races and ethnicities, as well as those from the LGBTQ community.