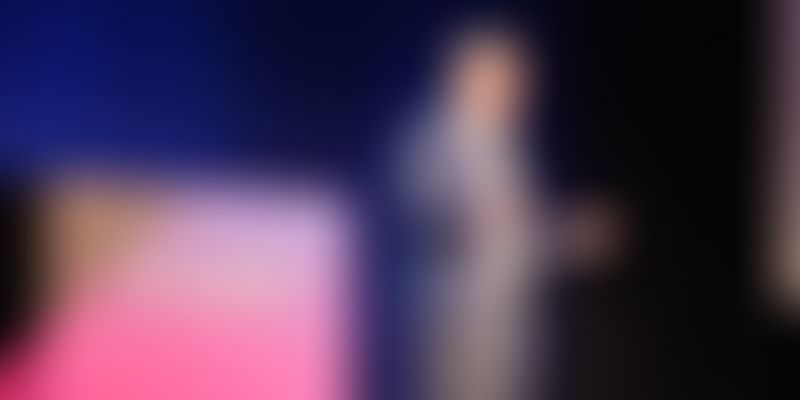 AWS Ground Station will build a network of 12 satellite facilities around the world to make data transfers from space cheaper and easier. AWS CEO Andy Jassy calls the service a ‘total game changer’.

Amazon has an eye on the sky. Keen to draw the space industry and other customers to the cloud, the world's No. 1 cloud computing company has announced plans to start a new antenna service to upload and download data from satellites. This is the company’s first public move into space-related hardware.

For this, Amazon Web Services (AWS) has tied up with satellite manufacturer Digital Globe to obtain data from its Legion satellites and crunch it on a real-time basis. The AWS Ground Station unit will build a network of 12 satellite facilities across the world and start operations next year. A ground station is a crucial link to transmit data from satellites in orbit, which are used in a wide variety of use cases, including weather forecasting, surface imaging, communications, and video broadcasts.

The AWS Ground Station will be a fully managed service that lets users control satellite communications, downlink and process satellite data, and scale satellite operations quickly, easily, and in a cost-effective manner without having to worry about building or managing ground station infrastructure.

Andy Jassy, CEO of AWS, called the service a “total game changer for how people can interact with satellites”. “Today, you must either build your own ground stations and antennae or obtain long-term leases with ground station providers, often in multiple countries, to provide enough opportunities to contact satellites as they orbit the globe. Once all this data is downloaded, you need servers, storage, and networking in close proximity to the antennae to process, store, and transport the data from the satellites. This is not efficient,” he said at re:Invent 2018.

Ground Station as a Service

AWS Ground Station aims to eliminate these problems by delivering a global 'Ground Station as a Service'. “We provide direct access to AWS services and AWS Global Infrastructure, including our low-latency, global fibre network right where your data is downloaded into our AWS Ground Station. This enables you to easily control satellite communications, quickly ingest and process your satellite data, and rapidly integrate that data with your applications and other services running in the AWS Cloud,” he said.

The AWS Ground Station as a Service does away with the need to set up independent ground stations that cost a million dollars each to set up. AWS is piloting this in two ground stations; 10 more will come up next year.

He added that Maxar and Digital Globe want to build a better world. Their satellite data is used in vehicle navigation and for tracking global incidents where first responders can save people in disaster areas or war zones. Each satellite collects 80TB per day and needs ground centres that can be elastic and process data faster.

“This is meaningful change and impact where we use machine learning to help customers. It brings down the cost to download, process, and take actions,” Walter said.

What it can do

AWS said it can use this data to track and protect endangered animals. Machine learning can predict faulty construction while analytics can be used to estimate oil production or assess agriculture yields.

But so much data needs a data collection method that is super-efficient. Earlier, data was picked up through a parabolic antenna, which connects to only one satellite. There are 2,000 satellites in orbit and they don’t “talk” to parabolic antennae.

That’s why AWS has partnered with Lockheed Martin to create a small, one-square-foot antenna that will form the core of a network of multiple antennae across the world to pick up data from satellites.

Lockheed Martin predicts that there will be 16,000 satellites in the sky over the next decade. Their satellite receivers will connect directly to AWS Ground Stations, managing data downloads in real time and meeting unexpected demand.

Rick Ambrose, EVP, Lockheed Martin, said: “It's a special partnership. These antennae are called Verge, which is a network of low-cost ground antennae to capture multiple streams of data from satellites. These are then sent to the cloud for processing.”

These nodes or antennae, when spread across the world, can help satellites, planes, ships, and telecommunications. The systems are currently piloting in Denver area.

Pay for usage: With AWS Ground Station, it’s possible to pay for the actual antenna time used. There are no long-term contracts or hidden add-on fees. A single price will let companies use any antenna in the global AWS Ground Station network.

Self-service scheduling: It’s simple and easy to schedule satellite times to download data, and command and control your satellites using the AWS Management Console and APIs.

According to the Satellite Industry Association, the size of the industry is $110 billion. With its new services, Amazon aims to change the way information is consumed by the world.