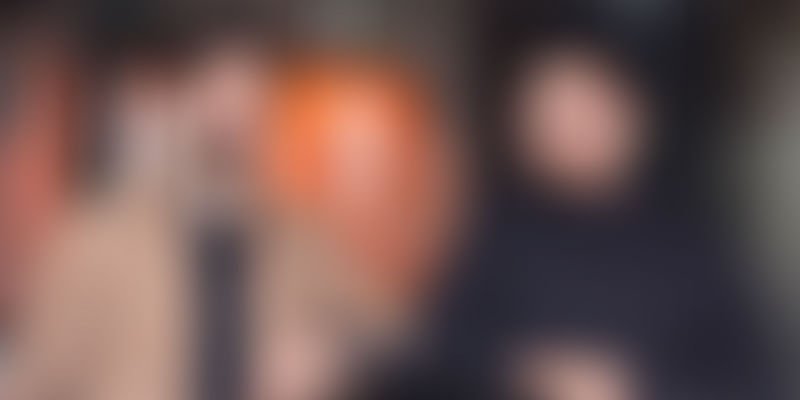 In the age of DIY, wouldn’t you rather be making your own video content? Las Vegas-based Animaker lets you do just that. The brainchild of engineers RS Raghavan and Loganathan Kodiyarasu, residents of small-town Thanjavur, the SaaS platform aims to help startups and enterprises bring data alive.

Animaker has a free animated video-making app that offers umpteen features and access to a huge library, which makes creating explainer videos easy as pie. In a little over two years of going live, the startup, which began with an investment of Rs 67 lakh raised from family and friends, has reported revenues of more than Rs 3 crore.

The story of Animaker, and how Raghavan (aka Raghav) conceived the idea, dates to Raghav’s school days. Raghav was working on a research project on cancer for his biology class and was assigned a scientist to guide him. His mentor encouraged Raghav to learn about affluent people battling cancer to see how they were dealing with the disease. Raghav's research led him to read about Steve Jobs, who became his inspiration to be an entrepreneur.

Raghav kept telling himself, “If only I could persevere and get it right, just once, I could be a successful entrepreneur like Steve Jobs.”

His first milestone came when he was in Class XII; he won the top science project award at Thanjavur District Science Expo when he designed and developed a Multi Remote Control (MRC), which could control any electronic device. Raghav came close to starting up his first venture with the MRC, but lacked mentorship and support.

Raghav was fascinated with videos since his teenage years when he would hang out at his uncle’s video studio and electronic store. He learnt video production and soon was making animation videos as hobby projects during his three-year stint at Infosys.

He soon convinced engineering college buddy Loganathan “Logu” Kodiyarasu to quit his corporate job and join him as the co-founder of Animaker Inc.

“We had been thinking of venturing out on our own since college. Between the two of us, at the time we quit our jobs, we only had about $500 as seed fund, a little bit of knowledge in coding, and a lot of perseverance. We had no prior experience in running an organisation,” Raghav says.

The duo started in March 2013 with a 300sqft facility in the outskirts of Chennai. They began work on a service idea with Bode Animation, which aimed to help organisations market their product. But days went by and the startup was burning cash and seeing no significant breakthroughs.

“The pressure was on us. We were days away from shutting it all down,” Raghav says. Soon, they decided to focus only on explainer video solutions since they realised that enterprises and SMEs were keen on them, and Animaker, their product company, was born in 2014.

They funded Animaker during its development stage through Bode Animation, which continued to provide video-making services. But Animaker was different as it offered a DIY platform.

They returned to the drawing board to find a sustainable business model for video solutions; one that was resource independent, less time consuming, and affordable. The focus was on making the platform creative and easy to use. The 50-member team ended up creating over 300 one-minute explainer videos in the first 12 months. Animaker now offers six video styles that let users create 720 different types of animated videos.

The technology competes with Adobe Reflex and Apple’s FCP, which are expensive and proprietary animation libraries. Adobe, for example, charges per machine-based pricing, around $60 a month, and is a great enterprise-grade product. Animaker is a browser-based system and available for $50 a month for multiple users within an organisation. Animaker has a vast repository of animation libraries and offers portability of content.

Animaker is now a trusted platform for visual content creation, and is used by subscribers from 180 countries, the founders say.

The key elements that guide the Animaker design process are:

Users need to register with a monthly/yearly subscription to use Animaker. The default registration is free, but videos come with the Animaker logo watermark. It is possible to import audio and images, create an unlimited number of videos, and export a few of them in SD quality. Users may upgrade any time to any of the paid plans to access enhanced features and richer assets. The plans available include:

Animaker competes with PlaceIt, WeVideo Moovly, Woochit, Renderforest, and Animoto. In India, it competes with Rocketium, which has raised an undisclosed round from Blume Ventures. There are no reports for the growth of self-made video, but Magisto pegs the digital video marketing industry at $135 billion.

The business of cloud video is big and Animaker is already global. It’s only a matter of time when they raise money and become an enterprise-grade business. “We are currently talking to several funds,” Raghav says. What are the plans for the near future? The company wants to double the number of users to five million in the next one year and launch in several countries, with a presence in France and Spain.