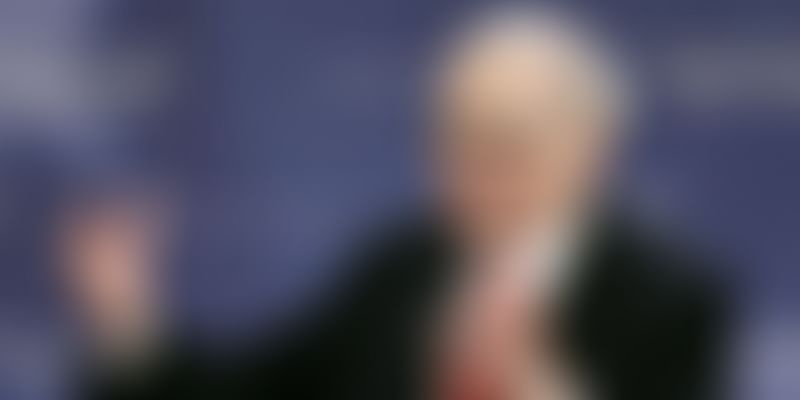 Berkshire Hathaway reported a strong set of numbers for the September quarter, with its quarterly operating profit nearly doubling as the insurance business showed strong growth.

Berkshire Hathaway reported an operating profit of $6.8 billion for the quarter ended September, sharply higher from $3.4 billion a year ago. In the same quarter last year, Reuters reported the Warren Buffet-owned company’s insurance business had suffered due to three hurricanes in the US and the earthquake in Mexico.

Over the course of the last quarter, Warren Buffet's Berkshire Hathaway bought back shares worth $928 million. For the third quarter, insurance underwriting income stood at $441 million, as against a loss of $1.4 billion in the year-ago period.

Berkshire Hathaway said its third-quarter net income rose more than 355 percent to $18.5 billion, adopting the new accounting rule that requires it to report unrealised investment gains along with its earnings. Warren Buffett has said the rule could lead to “wild and capricious” results and mislead investors, who should look at operating profit instead.

"This is absolutely one of the biggest quarterly earnings reports that has ever come out of a United States corporation," Bill Smead, chief executive of Smead Capital Management, a Berkshire Hathaway shareholder was quoted as saying by CNBC.

Berkshire’s effective tax rate for the third quarter was 19.2 percent, compared with 25.3 percent a year ago following a reduction of the corporate tax rate. Many US companies’ results have been skewed by the impact of the law that came into force last December.

The Daily Herald reported Berkshire Hathaway buying back its own stock while holding more than $100 billion in cash and short-term investments is a reminder that Warren Buffett hasn't been able to find other large acquisitions and investments at attractive prices.

Berkshire Hathaway owns several businesses and its insurance and utility businesses account for more than half of its net income. The company also has investments in companies such as Apple, American Express, Coca-Cola and Wells Fargo.