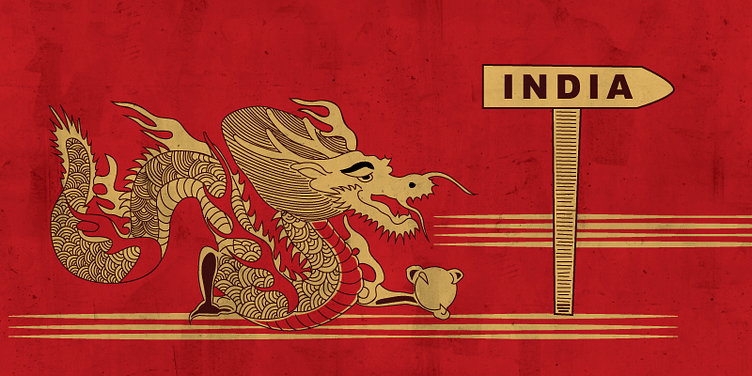 Capital from China made a mark this year with a big jump in the number of investments made in Indian startups, opening up newer strategic opportunities such as exits and the possibility of expanding internationally.

The Chinese investor in an Indian content startup valued each of its most active users at a staggering $8, leaving the investor and startup communities slack-jawed. This was just one example of the level of interest Chinese investors have developed in the Indian startup ecosystem. What’s more, they’re willing to pay top dollar to get a piece of the action, irrespective of the bilateral and geopolitical differences between the governments of the two countries. China is positioning itself as one of the top investors in India’s booming startup ecosystem.

It all started in 2015 with Alibaba investing in Paytm and Didi Chuxing backing Ola. Three years on, Chinese companies are showing increasing confidence in the Indian economy, which is growing slightly faster than China’s. India was ranked 40th in the World Economic Forum's Global Competitiveness Report 2017-18; China ranks higher at 27th position. Investments are increasing, not just in startups but across the board in sectors.

YourStory data reveals that in 2018, Chinese VCs invested in 21 startups as compared to just 12 in 2017. Chinese investments declined to $1.75 billion in 2018 from $2.8 billion in 2017. However, that comparison is skewed because $2.5 billion went into big funding rounds for unicorns like Flipkart and Ola, where Tencent participated.

So, why is India an interesting investment destination for the Chinese? Well, for one, there is the promising macro story.

As Siddarth Pai, Founding Partner and CFO, 3one4 Capital, says, “India represents a unique opportunity for any large company worldwide as it is witnessing the convergence of three important factors for investors: a highly liberalised FDI policy, ever-growing purchasing class, and deep smartphone and internet penetration.”

For Indian startups, Chinese investors are helping tackle a continuing problem: the lack of growth capital.

“Any capital coming into the country is a good thing. India is under-served from a capital point of view given the opportunity that exists in the consumer internet and the B2B software space.”

The first wave of investments into the Indian startup ecosystem came largely from the West, primarily the US, but startups have been looking east for a couple of years now. This has clearly paid rich dividends.

In the first 11 months of 2018, Shunwei Capital, a Chinese venture capital firm focused on early and mid-stage investments and pumped money into 10 Indian startups.

Its portfolio of investments cuts across segments such as social networking, media, marketplaces, fintech, healthcare, and SaaS. These investments, along with those made by other VCs, have largely been in the A, B, and C stages, with funding rounds ranging from $5 million to $50 million. Shunwei’s notable investments include startups such as Sharechat, Cashify, Loantap, Pratilipi, Myupchar, and Meesho.

In fact, Chinese investors are investing in startups across stages (see graph below).

Vidhya Shankar, Executive Director, Grant Thornton India, says, “Series A has always been constrained in the Indian startup economy. That is where some of these Chinese investors have come to play.” According to Vidhya, China’s digital economy has created considerable wealth and India represents a new opportunity from a growth perspective. Series A bets made by investors include startups such as Go-upwards, Pratilipi, Getvokal, Myupchar, and more.

Chinese investors have also hedged their bets with significant investments in late-stage startups - ‘unicorns’ and those close to acquiring that status. Paytm, Ola and, Swiggy were some of the earlier bets; in 2017, they invested in Flipkart, BYJU’s, and Practo, to name a few. Come 2018, the scope expanded through investments in BigBasket, Zomato, Gaana, Sharechat, and more.

“The Chinese have realised that India is a big potential market on the consumer side, and they want to replicate the success they had in their country.”

Two of the famous BAT trinity (Baidu, Tencent and Alibaba - all success stories from China’s internet economy) have already been in India for a while. This year, Tencent has invested more than $100 million in two Indian startups, Gaana and Dream 11. It is already an investor in Flipkart, Ola, BYJU’s, and Practo. Alibaba, meanwhile, invested in four Indian startups this year – BigBasket, Paytm Mall, Zomato, and Xpressbees.

Chinese investors, who have a strong presence in the Indian consumer internet space, are also showing interest in the fintech, content, edtech, and healthcare. In fact, one of the Series C rounds this year was the $75 million that online car classifieds portal Cardekho raised from Hillhouse Capital and others. Hillhouse had also participated in Cardekho’s 2015 funding round. The investment firm, founded in 2005, manages over $50 billion in assets and is an early investor in Chinese technology firms such as Tencent and JD.com. It also closed the world’s largest PE fund in September, raising $10.6 billion.

But why are investors from China eyeing India? Observers believe that the China economy is saturated for many players, and they are keen to look at newer geographies to invest.

Siddarth says, “The Chinese model of investing seems to entail identifying themes with the largest market potential for which a Chinese analogue exists and backing those with large pools of capital. This trend is evident to those who’ve been tracking Chinese investments in India over the past few years. The success of this model will only be visible in the future since the Indian consumer vastly differs from consumers in other geographies and cultures.”

Also, the trade conflict between Washington and Beijing means that the US is no longer a viable investment destination. This is likely to divert more investments to other countries. India presents a large opportunity in terms of market size. The penetration of mobile phones with internet connectivity that has spawned the digital economy is another factor luring investors.

Vidhya says, “The key question for Chinese investors is whether they want to play the role of limited partner (LP) or general partner (GP).” A GP would need a deeper understanding of the market, in terms of the founder’s mindset, and navigating the various policies and the heterogeneity of India.

The biggest opportunity Chinese investments bring into the Indian startup ecosystem is the exit option and the option of exploring newer markets. The VC community believes this is a strong possibility as Chinese investors can look for innovative startups in India and implement the business model in China.

Rutvik, of Inventus, says, “The coming of investors from China has opened up the entire ecosystem to an exit and strategic perspective.” For example, a software startup can consider entering the Chinese market thanks to the investor backing.

However, challenges continue to persist. How will Chinese investors navigate the Indian ecosystem, keeping in mind the red tape and cultural barriers? There are also stark differences between the way Chinese companies and Indian startups operate. Indians often refer to the Chinese way of working as 996, meaning they work from “9 am to 9 pm, six days a week”.

Balakrishnan says, “They (Chinese) have created a huge ecosystem and value in China, but Indian startups are yet to evolve to their size.”

Adds Siddharth, “Investing relies on identifying local issues, finding the best suited local solution that’s scalable, and trusting the local entrepreneur to best manage the business. Oversight, while crucial, should not result in overruling the entrepreneur based on what worked elsewhere.”

In September, in an interview with YourStory, Jeffrey Yam of Integrated Capital, a Hong Kong-based multi-strategy private investment office, gave his take on how to invest right in the Indian market. “India cannot be painted with one brush, and if you hope to make the right investments in India, as a foreign investor, you can’t simply take all your meetings out of hotels and corporate offices, and expect to understand the fabric of India as a country and place. You have to be on the ground if you want to pick up the correct signals. Arms-length investing does not work in emerging markets, especially in a complex market like India,” he explained.

With the economies of India and China being highly complementary, there's enormous scope for cooperation and collaboration - and for India’s startup ecosystem to provide the type of returns that investors are looking for.