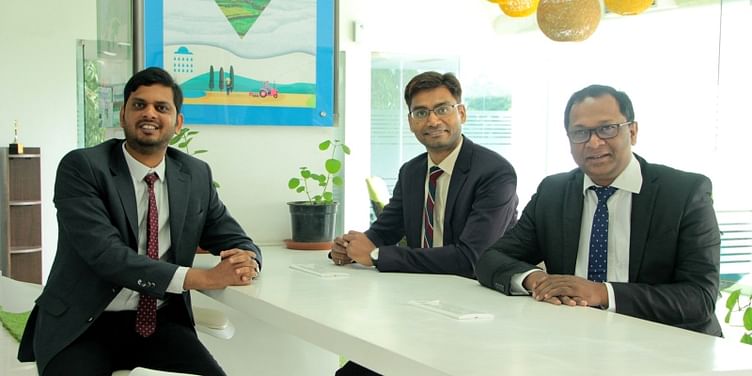 With this fund raise, the total funding raised by farm management platform CropIn stands at $12 million.

Bengaluru-based agritech startup CropIn Technologies has raised $8 million in Series B funding, in a round led by Chiratae Ventures (previously known as IDG Ventures). The Bill and Melinda Gates Foundation Strategic Investment Fund (London and Seattle) also participated in this round of funding. With this fund raise, the total funding raised by CropIn stands at $12 million.

The $8 million raised by CropIn will be used to scale its tech platform - SmartFarm across India and globally. The team is looking to touch 10 million acres of land across seven million farmers, from its current three million across two million farmers.

The team is also looking to further develop its machine learning-based SmartRisk platform to achieve high levels of plot-level crop detection and yield prediction. With the data collected CropIn works to enhance traceability and monitoring for its agribusiness clients through various software-as-a-service (SaaS) offerings.

CropIn Technologies, which started operations in 2017, claims to have over 180 customers, and its portfolio includes many large global agribusinesses, banks, government bodies and development agencies. The team adds that through its platforms it aims to address a market that is believed to touch $4.5 billion by 2020.

CropIn then builds on this data to enhance traceability and monitoring for its agribusiness clients through various SaaS offerings. Speaking of the fund raise, Krishna Kumar, Founder and CEO, CropIn said in a press release that the team is currently active in 29 countries across Asia, Latin America, Africa and in select European markets.

“To feed 9.7 billion people across the world by 2050 means that the agriculture efficiency must increase by 35 percent to 75 percent. India’s mix of farming practices and small landholdings provide a massive data set to inform our models. Also, as a SaaS company, geography has never been a limiting factor for expanding our customer base,” said Krishna.

“We fundamentally believe in the founders’ vision of creating a global agritech leader, while partnering with multiple stakeholders including agri-businesses, farming companies, financial lending and insurance companies. The sheer impact of CropIn for their global customers across 29 countries based on the unique data sets captured by the platform is staggering. The potential to transform agriculture leveraging technology and machine learning has never been greater.”