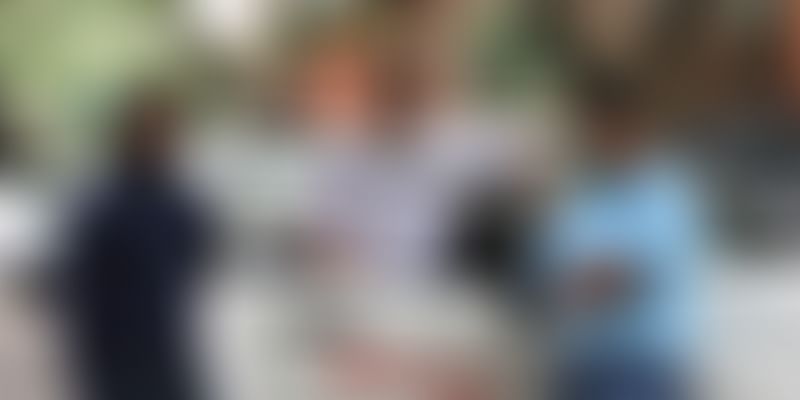 Bengaluru-based vehicle sharing marketplace Drivezy has raised Series B funding of $20 million. It has also secured $100 million in an asset financing deal under which the company shall induct more than 50,000 vehicles. The round was led by existing investor Das Capital. Other investors who participated in the round include Yamaha Motor Co. Ltd., Axan Partners and IT-Farm.

With this round of funding, the total amount of equity funding raised by the company will be at $31 million. The $100 million asset financing that Drivezy has raised will be deployed over a period of three years, through a special purpose vehicle (SPV); Harbourfront Capital, which will focus on investment in global shared assets.

An SPV is often used by companies to securitise assets. Its operations are limited to the acquisition and financing of assets as a method of isolating risk.

The establishment of the financing mechanism by AnyPay Inc. for investments in shared assets is ‘the first of its kind’ in the growing Indian sharing economy. Drivezy has worked consistently with AnyPay to deploy innovative channels for financing and enlisting assets in its marketplace.

“We intend to add 10,000 bikes to the platform by next month, induct 50,000 vehicles from the funds from SPV on to the platform. We also are looking at expansion into new cities like Delhi-NCR and other major cities in North India like Punjab and Rajasthan. Our focus on tech dispatching, better data engineering and consumer-focussed branding are new competencies to master in order to become the leader in the future mobility ecosystem in India.”

The team is focussing on aggressively scaling its bike and scooter rental divisions, which have added 3,000 scooters in Bengaluru and Hyderabad this year under a partnership with Honda Motorcycle and Scooter India Pvt. Ltd.

The team claims to have already doubled the number of vehicle listings on its platform since January this year. Drivezy was founded in 2015 by Ashwarya Singh, Abhishek Mahajan, Hemant Sah, Vasant Verma and Amit Sahu.

“In the first two years, our business was primarily driven by leisure travel and road trips. Over the past year, we have witnessed traction in multiple industries for vehicle sharing services,” says Abhishek.

He says, the company has partnered with OYO and Ola in Hyderabad and since January this year, they have doubled the number of vehicle listings on its marketplace and plans to deploy an additional 10,000 bikes in Bengaluru and Hyderabad by December 2018.

“We collaborated with Hyderabad Metro to place our bikes and scooters at major metro stations with an aim to solve the last-mile connectivity issue within the city. We have also launched our services in four cities this year, which include Hyderabad, Kochi, Nagpur and Manipal. We shall launch our services in Chennai, Delhi NCR, Chandigarh, Jaipur and Kolkata over the next few months,” he says.

Speaking of the overall market and segment, Abhishek says the total number of registered passenger vehicle in the world is close a billion, but only 3 million cars and 16 million two-wheelers are sold in India each year.

The team thus believes there is immense potential for shared mobility India. India, he says, is expected to emerge as the world’s third-largest passenger vehicle market by 2021. Drivezy hopes to bring two percent of the total vehicles sold in the country under the shared model over the next three years.

They believe their vehicle sharing marketplace is a strategic and efficient alternative to outright vehicle purchase for consumers. It allows vehicle owners to list their idle cars, motorcycles and scooters and turn them into profit-generating assets by renting the vehicles to customers at a fraction of the cost required to purchase a vehicle. At the same time, vehicle sharing drastically reduces the cost of transportation for the end consumer.

“Over sixty years ago, Yamaha Motor was founded to explore what was possible on two wheels. This DNA is still with us as we invest globally in the future of urban mobility. We’re proud to invest in Drivezy, are impressed by the bold vision of the founders and look forward to productive collaborations with the company.”

On Drivezy, the rental plans for bikes in Bengaluru are chargeable by the hour or the number of days. Customers can rent a geared bike for a month for just Rs 2,999. It has also piloted per kilometre tariffs in Hyderabad, which start at Rs 3/- per km.

For the car-sharing market, the platform offers a spectrum of packages under which a customer can avail a variety of cars for daily or weekly use, accompanied by customised deals to suit their needs.

Cars are rented for a period ranging from a day to a week, and are charged between Rs 57/- and Rs 117/- per hour, depending on the model, duration and the time of booking.

“India is a market with a huge potential for growth. However, we also understand that the country faces various hurdles to realise that potential. We have great relationships with companies across India and we will actively invest in projects and companies in the country. It has been a pleasure to work with Drivezy and we look forward to further invigorating the Indian shared mobility market,” said Shinji Kimura, Chairman of Anypay.