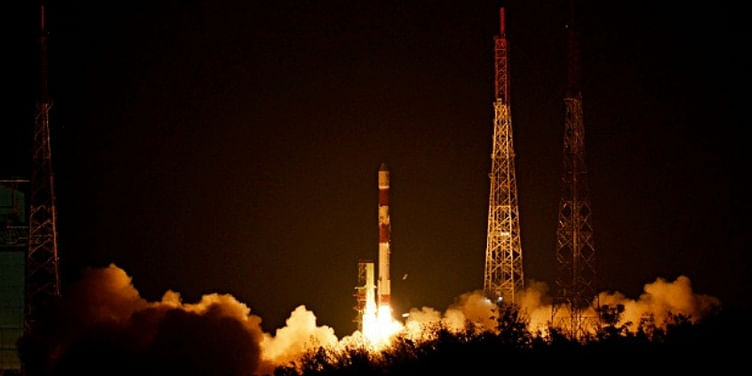 ISRO’s third longest mission, it will carry 30 foreign satellites and will be used for a range of applications such as defence, detecting minerals, etc.

The Indian Space Research Organisation (ISRO) is all set to launch India’s first Hyperspectral Imaging Satellite (HySIS) for advanced Earth observation. HySIS has the capability to showcase any object or even a person in the background from space, which will help detect trans-border activity or any suspicious stealthy movements.

Over 30 foreign commercial satellites will also be launched in the PSLV-C43 rocket on Thursday, November 29. It will be PSLV’s 45th flight, which will be launched from the First Launch Pad (FLP) of Satish Dhawan Space Centre (SDSC) in Sriharikota, Andhra Pradesh.

This will be ISRO’s third longest mission, which will last for two hours and will carry a total load of 641 kg.

One  micro and 29 nanosatellites from eight different countries will be placed in a 504 km orbit. The satellites on board are from the US (23 satellites) and one satellite each from the Netherlands, Spain, Australia, Canada, Columbia, Finland and Malaysia.

In an official statement, ISRO said,

HySIS is an earth observation satellite developed by ISRO. It is the primary satellite of the PSLV-C43 mission. The satellite will be placed in 636 km polar sun-synchronous orbit (SSO) with an inclination of 97.957 deg. The mission life of the satellite is five years, reports NDTV.

HySIS will be used for a range of applications such as defence, land use, detecting minerals and many more. K Sivan, Chairman of ISRO told The Hindu,

A hyperspectral imaging camera in the space can provide well-defined images that can help identify objects on Earth far more clearly than regular optical or remote sensing cameras.

According to ISRO, “The primary goal of HySIS is to study the Earth’s surface in visible, near-infrared and shortwave infrared regions of the electromagnetic spectrum.”

The commercial contract for launching these vehicles is done through Antrix Corporation Limited, the commercial arm of ISRO.

Much before the scheduled launch of HySIS, ISRO has tested a similar imaging technology. In April 2008, ISRO launched a small 83-kg demonstration microsatellite called IMS-1 (Indian Mini Satellite – 1) as a secondary passenger with Cartosat – 2A. Later in October, it launched Chandrayaan – 1 Hyperspectral Imager in its first lunar mission to scan the Moon’s surface for minerals.

A startup from Indore is helping businesses onboard tech talent