Fight Delhi pollution at just Rs 10! Entrepreneur Prateek Sharma, an alumnus of IIT-Delhi, made his fight against air pollution personal and won with Nasofilters, an innovative and cost-effective air filter device. It is the first commercial product by Delhi-based Nanoclean, which Prateek co-founded with Tushar Vyas and Jatin Kewlani. The affordable nasal filter is not conspicuous, and users simply have to cover their nostrils with the nearly transparent filter and wear it for up to eight hours.

After “3+ years of playing on the sidelines”, entrepreneur Kunal Shah finally revealed his latest venture - Cred. The erstwhile co-founder of payments company FreeCharge, Kunal announced that his new startup Cred would be a platform to “celebrate and reward the most creditworthy people of India.”

Walmart Investments Cooperative U.A, Amsterdam invests Rs 275 crore into Wal-Mart India. This comes after the US-based retail giant acquired a 77 percent stake in homegrown ecommerce giant Flipkart. In September, the company its Flipkart acquisition will yield great value in omnichannel retail, although it will continue to focus on cash-and-carry business for the brick-and-mortar format in the country.

In its second round of funding, Amazon invests Rs 122 crore into its Indian logistics arm, Amazon Transportation Services Private. Till now, the Indian logistics arm has received around Rs 800 crore across a span of multiple rounds of fund infusion. Amazon has currently over 50 fulfilment centres in India.

Chinese early- and growth-stage investor Shunwei Capital has raised close to $1.21 billion as a part of its global fund. The venture fund, which was started by Xiaomi founder Lei Jun and Tuck Lye Koh in 2011, took to LinkedIn to share this news. Including this round of fundraising, Shunwei Capital manages around$3 billion.

SoftBank reveals that it made a profit of Rs 9,457.8 crore (¥146,682 million) in the Flipkart-Walmart deal that concluded in August. It also disclosed that it recorded a capital gain tax of Rs 4,184 crore (¥64,892 million) in the same deal. The sale of its stake in Flipkart is also the first monetisation of investments made by the Vision Fund since its inception.

After the Supreme Court imposed restrictions on the use and sale of firecrackers in a bid to bring down air pollution, shops selling Diwali firecrackers are facing the heat. According to the court, only ‘green crackers’ that are low on emissions and noise will be allowed in the NCR. While many traders understand the need for “green crackers” to curb the growing toxic air pollution, they claim that support for such initiatives has not been provided to them.

[App Fridays] What next on Netflix or Prime Video? This ‘jini’ lets you search, track, and filter OTT content

A unique opportunity to expand your startup across Asia via Korea: The K-Startup Grand Challenge 2020 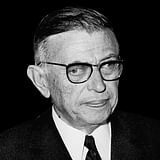 [App Fridays] What next on Netflix or Prime Video? This ‘jini’ lets you search, track, and filter OTT content