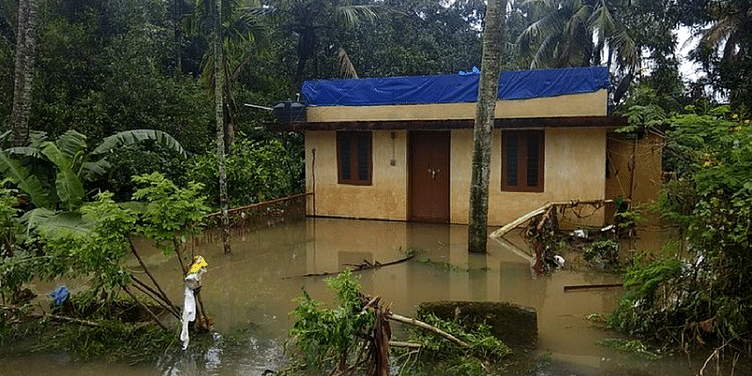 A new technology has been developed to assess the rise of water level in rivers and reservoirs by rain and can help state governments to minutely monitor the impact of rainfall, IMD chief K J Ramesh said, in the aftermath of the deadliest deluge in Kerala.

The technology called the 'Impact Based Forecasting Approach' which shows "pre-event scenario" can help authorities in taking real-time decisions, he said.

"We should be able to generate a scenario where we can take decisions to release water or not release it. It will be helpful for every state authority to take decision. We can run this system in pre-event scenario. We are now in a position to use to this technology into service," Ramesh said at an event organised by the Centre for Science and Environment.

The heavy downpour that ravaged Kerala for a fortnight ending August 21 caused death of around 500 people and economic damages worth over Rs 40,000 crore. Kerala Chief Minister Pinarayi Vijayan had said in the state assembly that there were "lapses" on the part of the IMD's rain forecast. The IMD had forecast an estimated 98.5 mm rain in the state between 9 and 15 August, but Kerala received 352.2 mm of rainfall, Vijayan said.

The IMD director general admitted that excessive rainfall that led to floods in Kerala was a result of climate change and in terms of rainfall it was very heavy.

"The number of cyclones have increased from 10 to 18 every year as reported in Nature magazine and, secondly, the quantum of precipitation which was 13 days has come down to 10 days," he said.

Ockhi is the first severe cyclonic storm in almost 40 years to have travelled about 2,400 kilometres from the Bay of Bengal to as far as the Gujarat coast, a senior Met Department official said. Ockhi, which formed as a depression over southwest Bay of Bengal on November 29 last year, intensified into a cyclone off the Kanyakumari coast in Tamil Nadu on November 30 and travelled up to the Gujarat coast before it dissipated on December 6 after weakening into a low-pressure area.

CSE Director General Sunita Narain stressed on the need to plan "deliberately for drainage" to prevent disasters like Kerala floods. "Every river, pond, paddy field and city should be mapped and protected at all costs," Narain said.

"Every home, institution, village and city must be required to do rainwater harvesting so that rain can be channelised and recharged," she said.

This article is part of a syndicated feed from the Press Trust of India.