What is intersectionality and why you need to know about it 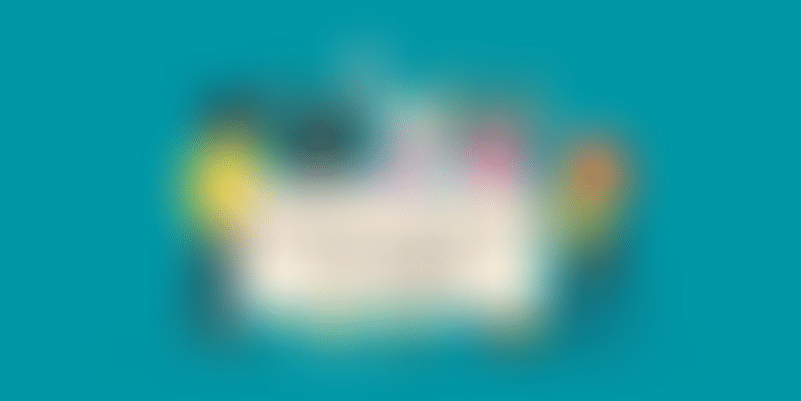 There are many factors that overlap with one's identity - class, caste, sexuality, race, religion, culture, etc. Intersectionality is knowing how they work together as we fight for equality.

The fight for equality is not and has never been about connecting polar opposites by one string. It's about recognising the web of overlapping discriminatory factors, such as caste, gender, sexuality, economic class, race and religion, faced by people of all communities, especially marginalised ones.

For instance, while we are well-versed with the fact that women face sexism, many of us fail to realise that society is not made up of just one kind of woman. Transwomen exist, and they face transphobia*. Disabled women face ableism** and sexism. Dalit women face casteism and sexism. There are also women who are trans, disabled and Dalit, who face a combination of transphobia, ableism and casteism.

Simply put, intersectionality is the theory that the overlap of various social identities contributes to the specific type of systemic oppression and discrimination experienced by an individual. We need to acknowledge the importance of intersectionality while fighting for equality.

Over 28 years ago, Professor Kimberlé Crenshaw coined the term intersectionality in a paper to explain the oppression of African-American women in how the American society perceived feminism.

How do young people in India view equality and intersectionality? How do they perceive these different layers of identities? We spoke to a few of them to understand their thoughts.

Intersectionality is the way to go

“To me, intersectionality is approaching everything in life with the basic understanding that there are many layers to one's identity, and that their experiences need not be the same as mine. For us to effectively fight oppression, we must understand how these aspects overlap.”

– Ardra, 23, is an artist and part-time student of philosophy and graphic design in Bengaluru. They identify as genderfluid and pansexual.

“I don't think a fight for equality is worth anything without intersectionality. What is the point of selfish activism? Archaic structures are the root of most problems in society. These always affect more than one social group. And if one social group has more power and bargaining rights over the other, they need to push forward the voices of those who don't.”

– Pooja Krishnakumar, 23, is from Mumbai and is the Digital Content Editor and curator for Gaysi Family.

While the fight for equality today bears some similarity to that of the past, we now have stronger and louder voices to carry it forward. The movement is hindered by one unfortunate reason - young people are often deemed incapable of having rational and actionable thoughts about the world. Older generations need to support the young to move towards a brighter and more inclusive future.

“I believe that voices of young people are often trampled or suppressed, and I have experienced it on countless occasions. India believes in the age-old tradition of respecting your elders, and any form of dissent is often considered disrespectful. This stems from the belief that age equals experience and wisdom, and demands respect.

“When this is force-fed from a young age, the ability to think critically and independently is often crushed, which automatically invalidates arguments coming from someone younger. I believe that activists of an older generation sometimes have a bit of a God-complex, and seem unwilling to allow younger activists to find their space and voice. This suppresses young voices to some extent.”

– Trinetra Haldar Gummaraju, 21, is a medical student from Manipal. She is an artist and is a vocal supporter of queer and trans rights related issues, both online and offline.

Also Read: You have more than one identity and it’s hurting you

“We are more sensitive to social issues than our parents were because of the current political climate. A lot of 'taboos' a decade ago - like the LGBTQIA+ community, mental illnesses, colourism and sexism - find their way into daily conversations. I think a large part of why it’s difficult for us to be taken seriously is because people mistake our passion for anger or childish outbursts, especially online.

"People are quick to deride young individuals by calling them a 'spoiled child' or a 'sensitive snowflake'. I think people tend to dismiss our opinions because they believe we don't know what we're talking about, which is absolutely not the case. For example, a middle-aged relative of mine was quick to say I lacked 'real-world experience' when I casually mentioned the prevalent colourism in Indian media.”

– Rosh, 20, is from Bengaluru and currently on a gap year after finishing 12th grade.

“People are still developing, understanding and interpreting the world. Many young people today have more in-depth knowledge about certain subjects that an older group might not necessarily carry. Our perceptions should not be considered invalid because there is no age limit for the ability and willingness to learn.”

– Raksh, 15, is a student from Bengaluru who enjoys photography and producing music.

Accept us for who we are

While young people constantly appeal to the older population to give them a chance and hear them out, they find it challenging to expressing their feelings and thoughts, especially to parents.

This is largely because of the fear of adverse consequences instilled from a very young age and the typical ‘because I said so’ response to inquisitiveness while growing up. If learning begins at home, it has to be a safe environment too.

“My parents don’t accept my identity. They are above 60 and cisgender and are predisposed to a non-empathetic attitude towards my experience and identity as a transwoman. So, if possible, I’d have my parents understand and accept me for who I am.”

– Raabiya, 19, is a vocal transgender woman from New Delhi. She hopes to create better societal conditions for generations to come.

My queerness is real

“If I could make my parents understand one thing, it's that no matter what my gender identity or sexuality is, it will not affect the amount of happiness, success and good health I will receive in life if I have their support. The hardest part about being myself and still living, is the dilemma of 'Will I truly live as myself?' Or will I succumb to what's 'normal' in the eyes of my family just to avoid conflict and make them happy?”

– Val, 21, is a college student from Mumbai who identifies as pansexual, non-binary, and is happy to be alive.

“I wish my parents would understand that I'm not going through a 'phase' and that my queerness is real. I know they mean well and are supportive of me, but deep down, through some of their unintentional words and actions, they still wish I were straight.”

– Aarushi, 17, is a high school student from Chandigarh and identifies as a queer person.

“I want my parents to understand that my sexual orientation is a part of who I am. It doesn’t define me as a human being, and neither does it change the person I was before they knew I’m not straight, and it’s not in my control.”

Change is a slow but continuous process, for better or worse, and it is we who can decide its pace and direction. There is immense power in young minds that can contribute to something extremely revolutionary and enable future generations to live without the fear of discrimination.

Without young people speaking out against injustice, it’s likely we would still be living under worse circumstances. So, give them a chance to voice their opinions, take them seriously, and help them turn their ideas into reality.

*Transphobia - Transphobia is the discrimination or prejudice against transgender people. Transphobia can be emotional disgust, fear, violence, anger, or discomfort felt or expressed towards people who do not conform to society's gender expectation.

**Ableism - Ableism is the discrimination or prejudice against people who have disabilities. Ableism can take the form of ideas and assumptions, stereotypes, attitudes and actions.