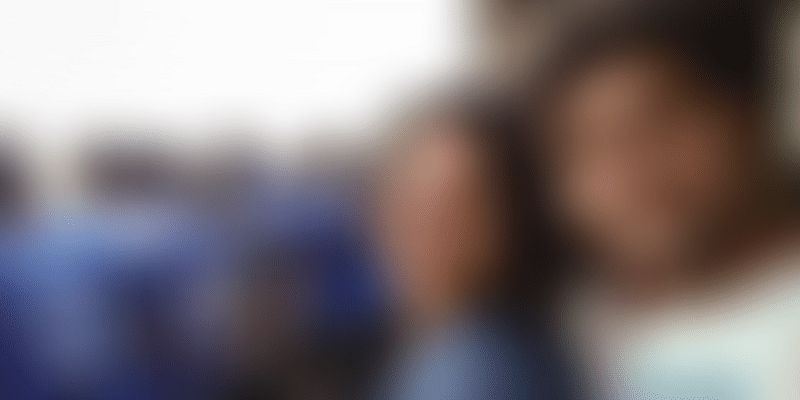 LeagueSX is a fantasy football gaming platform riding on the popularity of virtual games and game emotion. It has grown considerably since starting up and also raised an undisclosed amount of funding recently.

When it comes to football, fans around the world swear by their clubs. Such is the loyalty among followers that, over time, the devotion has sparked many a lively discussion, creation of hardcore fandoms, and several forums and events built around the emotion and love for the game.

Fantasy football, structured around similar sentiments, allows fans to be actively involved with the matches and flaunt their sports knowledge on a virtual platform.

Although the concept of fantasy sports has been around for some time, it has caught on in India only as recently as 2016.

LeagueSX is one such fantasy football platform that is banking on fan emotion and the growing popularity of virtual games. Founded in 2016 by Anshul Agrawal, an Indian Institute of Technology, Kharagpur -Indian Institute of Management, Calcutta alumnus, the website has already amassed huge traction – around 47,000 users – showing a MoM growth of 38 percent in the last four months. By the end of the football season in May 2019, Anshul says that the total user base should increase to two lakh users.

Anshul’s story of starting up LeagueSX Entertainment Pvt. Ltd with his wife and co-founder Neha Pandey is one of pure passion for the game. Neha, a former market research analyst with EY, shares that Anshul was working with Gurugram-based Tecnova – a boutique consulting firm – and would come back home late at night and still catch up with daily matches and post-match analyses.

“He would end up sleeping at 5 am and in the morning would go off to work. He would go on Twitter and argue with fans about what happened during the match. It was really taking a toll on his life,” she says.

But things changed in 2015, when Anshul took his passion for football to another level. He quit his job to start up LeagueSX.

Interestingly, their original club-themed fantasy football platform was a very different setup, replete with advanced-level components and contests that required a thorough knowledge of the game, and was also heavy on mathematics and number crunching.

Neha says, “We got everything pro-level in our basic product. There were transfers involved, buying and selling of players, there was salary, and contestants had to manage everything… there was huge maths involved.”

As a natural progression to the process, the original version was ultimately discarded and after some reworking, a newer, lesser complicated beta version was rolled out.

Currently, fantasy sports engage millions of fans and enthusiasts all over the world. In India alone, the user base is so vast and promising that by 2020, a joint report by Indian Federation of Sports Gaming (IFSG) and market research firm AC Nielsen predicts that the number of fantasy sports players will rise to 100 million. Globally, the fantasy football market could reach the $6 billion mark by 2020, according to Technavio, a UK-based research firm.

When it comes to football particularly, emotions and fan-following seem to have a huge contribution. This coupled with the evergreen football season, unlike other sports like cricket where there’s a two-three month break, has led to the success of fantasy football operators like LeagueSX.

Since its inception, LeagueSX has grown considerably, and also raised an undisclosed amount during a funding round in July this year. The participating investors included Prashant Malik, Co-founder of Limeroad, Akshay Ghulati, Chief Business Officer at Kraftly, Pranav Marwah, Co-founder, thinQbate, and a Hongkong-based football investment firm GHKEE. Over time, as a result, this startup has expanded considerably, with 14 full-time employees, three interns.

Typically, fantasy sports gives players the opportunity to own a virtual sporting franchise – be it a fantasy football club or cricket club. “When you own a club you would select the best possible combination of players who will give you the best possible results,” explains Anshul. “You choose a match to contest in and select 11 players from the squads of the two competing clubs to form your own playing 11.”

“Once the actual match starts, your team starts earning points based on actual performances of the players selected by you,” he adds.

Once the team is formed and players are selected, virtual football club owners stand to win daily or during the game weeks, while their favourite European and Indian leagues unfold, based on the performance of the real players in a point-based system.

A huge motivation for fans are the prizes that are given out, from cash prizes to customised merchandise, jerseys, PlayStations, and even an all-expense paid trip to watch their favourite teams live in stadiums in Europe.

With fan engagement a priority, the LeagueSX founders have introduced both free and paid versions as part of their fantasy football games. They also intend to introduce a subscription-based model where players can take part in longer tournaments.

Staying on top of their game

There are over 60 other companies conducting fantasy sports leagues in India, including Dream 11, HalaPlay, and 11 wickets. But Anshul claims they stand out by focussing solely on football while a majority of players compete for a spot among the fantasy cricket segments.

“India is still in a very nascent stage in terms of fantasy sports which has huge market opportunities and it’s not a winner takes all market… everyone has a chance of getting a share of the pie,” says Anshul.

The founders have also tied up with various fan groups and officially recognised football communities to reach more fans.

If fans think of Dream 11 for fantasy cricket, Anshul wants them to turn to LeagueSX for fantasy football in India, before reaching out to other geographies in the near future.