Soon, you could say goodbye to your telco and switch to a blockchain-powered phone 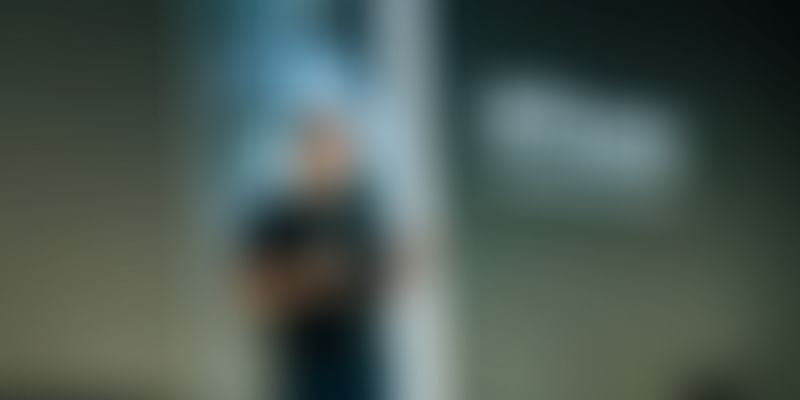 For the most part, Blockchain has been used in the financial services sector, mainly because of the security it provides. Pundi X recently announced a blockchain-powered OS which is now powering a mobile phone – the XPhone.

Pundi X, a global developer of blockchain-powered devices, last month announced the launch of its blockchain-powered phone. The XPhone can operate independently of centralised carriers and users can route phone calls without the need for phone numbers.

While XPOS has been reportedly shipped to the UK, Switzerland, Colombia, Taiwan, Brazil and South Korea, over 100,000 XPhone devices are scheduled to be rolled out to the global retail market by 2021.

PundiX was founded by Zac Cheah and Pitt Huang. Zac has been the W3C Chair of HTML5 Interest Group, while Pitt, a serial entrepreneur, founded and sold his first Groupon-like company by the time he was 25. The two started Pundi with the aim of integrating blockchain into everyday life. And what better way to ensure blockchain is used every day than putting it on a mobile phone. Here are edited excerpts of the interview.

YourStory: Blockchain is being widely used for recordkeeping, banking and cryptocurrencies. How did you get the idea of building a phone OS?

Zac Cheah: We asked ourselves, how do we leverage the power of blockchain and enhance every aspect of your life? What can we do and what can we make (in order) to bring us closer to our goal? These are the questions we ask ourselves when we develop new technologies, and they are what drove us to the creation of the XPhone.

We began by looking for a suitable public blockchain to service our blockchain-based PoS device, the Pundi XPOS. We could not find one of suitable speed and sophistication, nor one which had stood real-world tests. So, we decided to make our own.

YS: And the result was the XPhone?

ZC: The result was not just the invention of a new blockchain but a new protocol for transmitting data in a blockchain world - Function X - which is capable of sending, storing, sharing and publishing data and apps of all kinds in an entirely decentralised way. It has myriad applications and could be used to decentralise every bit or byte of data on the Internet.

But we decided to showcase its applications in a working prototype for blockchain-based telephony in the XPhone.

We made the first blockchain-based phone call on it last week, which is a historic moment for the technology.

But it’s just a representation of what Function X can do, and its future applications will be wider than just telephony; it’s a protocol for changing all forms of communication.

YS: Why a ‘blockchain-powered’ phone?

ZC: We believe that blockchain is at a similar stage of development now as the internet was in the 1990s. We believe a blockchain phone OS can be as transformational, as it enables users to securely send and receive data of all kinds,  and also have a decentralised file storage system.

What this does is help the users share data the same way they do it online, but in a much more secure way through the blockchain. The idea is to put the blockchain in the hands of millions (of people) through a smartphone and returning control of their data back to them.

By offering people the choice to be independent of a centralised communications network, we’ve created a new use for blockchain that can be appreciated and used by most people.

YS: How does it work? Would it be compatible with other systems?

ZC: The blockchain-based calling and SMS function can be turned on and off. The phone is built on top of an Android-based OS so it can revert to normal calling via a centralised carrier if users prefer, making it entirely compatible.

Unlike other ‘blockchain-powered’ phones still in development, XPhone can operate independently of centralised carriers. Users can route phone calls and messages via blockchain nodes without the need for phone numbers.

YS: What about the data and data sharing? How does that work?

ZC: FunctionX uses a new decentralised protocol for sharing information, different from the internet’s HTTP. It’s powered by other devices running the FunctionX protocol or the OS; each of these is a ‘node’ through which phone calls and data requests are routed.

For example, if you register your phone’s node name as ‘Pitt’, people who would like to contact you can call, text or email your XPhone by entering ‘call.pitt’, ‘message.pitt’, or ‘mail.pitt’.

If someone wants to access my public data or content, they can just enter FXTP://xxx.john – in a similar way to the HTTP protocol – to see shared data, pictures and content.

ZC: Basically, every phone and other future devices running on FunctionX work as network nodes through which data of all kinds is routed in a secure way. That’s what makes the path of communication so distinct from a centralised OS. Rather than everything passing through a single intermediary, they pass through a decentralised network.

We don’t see a great deal of crossover between our blockchain ecosystem, FunctionX, and centralised models of controlling data. Every part of the FunctionX ecosystem, from the mobile OS to the blockchain and the different systems and protocols used for sending and publishing data for the phone, which in turn drives towards decentralisation.

But users will be able to switch between this and the traditional model as they need to and may want to use a phone running the FunctionX OS as a second, complementary phone.

YS: Tell us about the challenges of building a blockchain-powered OS?

ZC: The biggest challenge was probably the conception of the idea. A huge amount of resources have been poured into blockchain investments, but little thinking has been done about the ability for the technology to be used for functions other than financial transfers and transactions.

YS: How much time did it take to build this? Are you looking at a revenue model yet?

ZC: We’ve been looking at developing a new blockchain since not long after the successful public token sale we completed for our XPOS device in January 2018. It’s too early to say for revenue yet. We’re having discussions with mobile manufacturers who might want to adopt the FunctionX OS. But we brought out the phone prototype and displayed it publicly because it was an exciting moment and an important moment in the history of blockchain.

We want to take this further beyond telephony and towards decentralising and revolutionising the transmission of all kinds of data on the internet today. That will take time.