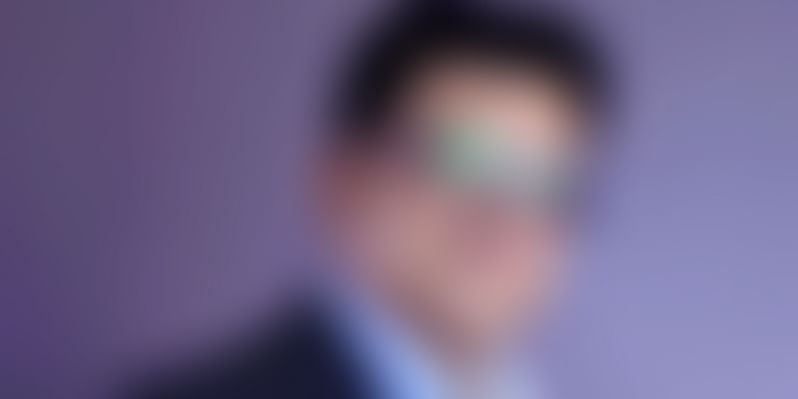 Founded earlier this year, SchoolHandy helps parents stay in the loop by providing a host of services like emergency alerts and real-time updates of their children’s activities in school.

Do you remember when getting an education was a simpler task? Go to school, study, write exams and move on to next class. While that may be oversimplifying it a bit, one must admit that students, parents and schools have their work cut out for them these days. While the pressure on students to perform, excel and succeed has been steadily increasing, parents too are scrambling to keep track of what is happening in their child’s life. And school, where it all happens, not only needs to provide a challenging environment for the child to thrive but also ensure their safety.

Chirag Palande was having dinner with his wife one night when they began talking about an efficient way to be more involved in their daughters’ academic progress, and everything else that was happening at school - tests, exams, last dates for fee payment, etc. The result was SchoolHandy.

“We had done a survey to understand what schools need, and spoke to a group of parents as well. In some schools, there was no way to communicate with parents except having them attend PTAs, something which not all parents have the time for. Though some relay info through SMSes, many schools noted that parents don’t check them,” says 37-year-old Chirag.

SchoolHandy takes a stab at solving this communication gap by offering a gamut of services for an “efficient schooling experience”. It is an end-to-end, cloud-based, parent updating app that covers it all: a child's safety and live school bus tracking, report cards and information dashboards, forums where the school can interact with parents, and a chat platform to get queries quickly answered.

Chirag notes that the app helps avoid any gaps in communication between the school and the parents. Take, for example, the live school bus tracking feature. With child safety becoming a growing concern in the country today, this feature helps to ensure the child is safe en route to or from school. This feature can be accessed by both the parents as well as school authorities.

SchoolHandy also provides a one-to-one chat platform and real-time updates on forum discussions between the school and the parents. This way, parents are kept in the loop and receive important notices, notifications and emergency alerts that schools send, which the children may fail to relay.

What’s more, you can actually pay your child’s school fees through the app too, besides monitoring your children’s homework and accessing results after the annual exams. Its radio-frequency identification (RFID) based attendance system eliminates time-consuming roll call systems.

SchoolHandy installs hardware devices with a tracking mechanism in schools, which help record attendance and also alert parents that the kid has entered or left the classroom.

“In essence, with this app, parents will feel more involved while schools will have the relief of relaying vital information to them. The application is very simple to use,” says Chirag. The app has 7,000 downloads so far on the Play Store.

Chirag has over 18 years of experience in marketing and innovation. He also founded brand ‘Mobaccs’, which sells VR glasses and remotes. He runs both SchoolHandy and Mobaccs; SchoolHandy is promoted, funded and managed by Mobaccs.

The SchoolHandy app is currently free to use for both schools and parents. The company, however, charges the school for its hardware such as GPS and attendance system and plans to add different features to the app like online shopping, kids insurance, loan for school fees, which will give them revenue in the future.

Around 80 Mumbai schools work with SchoolHandy at the moment. It is also working with four schools in Gujarat and three in Pune. The team of four is also in talks with more schools in Gujarat, Pune, and Hyderabad.

Running after schools and getting them on board was SchoolHandy’s major challenge. Chirag says that in areas where these technologies are not that known or heard, this was even more difficult. However, demonstrations helped the team to convince the schools over time. The founder says they are open to customising offerings for the schools based on their needs.

There are a few other players in this space like Applane Solutions, School Diary, Falcon, and Educhat.in, each focussed on specific services or offering slightly varied services.

According to Chirag, what gives SchoolHandy an edge over the competition is the fact that all the services are available on one platform.

On the drawing board

SchoolHandy aims to cater to at least 100 schools across India by the end of three years, and also plans to add a feature for updates on cultural and other activities conducted in the schools – where photos, videos, can be shared. Creating a solid revenue model is also on the cards for this entrepreneur.

Apart from this, it plans to add a feature, where the books can be delivered at the doorstep with a nominal fee.