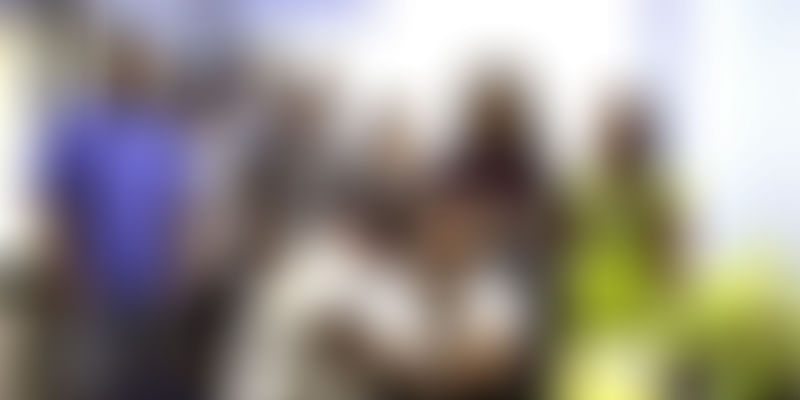 Yep, you heard it right. There is now a social network for dog lovers, Boneafite, where daily users get ‘virtual bones’ - rewards, offers and lucrative deals that they can redeem with vendors.

Facebook. Twitter. Instagram. Snapchat. All very popular social media applications that are built with human beings at the centre of it all. Yogendra Reddy and Govardhan Reddy realised that while these apps contain a huge amount of content on animals, there was no specific social network catering exclusively to pets and pet owners. So earlier this year, they founded Boneafite, an all-inclusive app catering to the (social media) needs of all dogs, dog lovers and dog parents.

“The idea is to be able to access all dog-related services under one roof,” says the co-founder Govardhan Reddy.

That’s not all. The app also lists dog services vendors, allowing them to use this niche platform for targeted marketing and connect directly with the most viable customers. Dog lovers too can use Boneafite to browse through dog pictures and learn a lot of things about them, with the option to adopt one when they are ready.

“We also ensure that we keep our giveaways generic at times to ensure that even the pet-loving audience can benefit from it,” says Yogendra Reddy.

Currently, the company is in monetisation stage and is signing on vendors. The company claims that the app has been downloaded over 12,000 times in five months.

Yoobikwiti, is the parent company of Boneafite. It all started when Yoobikwiti’s co-founders realised the amount of dog-related content that is on the internet, and that pet-related content is a great stress buster.

They then decided to turn it into a business and began building a platform in October last year for people to share pictures of their dogs. Eventually, it ended up becoming a a wholesome ecosystem for dog owners and dog needs.

Boneafite works in both B2B and B2C channels. Since the pet industry is one of the biggest emerging markets, not just in India, but across the world, companies that provide pet services from food, toys and spas are now coming up.

“We, as a platform, provide different avenues for vendors to promote their brand and drive sales through sponsored posts, listing the vendors in our dog service repository called ‘pupository’ and also allowing the vendors to give out coupons for the Boneafite virtual bones,” say Govardhan and Yogendra Reddy.

He says they have a dozen vendors signed on so far. Users can collect rewards for participating and gives offers or discounts, which can be redeemed from vendors. These offers called “virtual bones”, and are available to daily users of the app.

Once a user signs up on Boneafite, the app floods them with pictures of dogs, subtly nudging them to share some of their own. Every day, two pictures with a certain number of votes are randomly chosen for a daily contest called ‘Pug-O-War’ that runs for 24 hours.

The user whose picture wins the contest gets a ‘virtual bone’ from the platform. These ‘virtual bones’ act as redeemable coupons against any offers that a vendor may be offering on the app itself. For example, you can redeem 5 bones to avail a discount on your next dog meal from a participating vendor.

Boneafite conducts contests regularly and the founder claims that he doesn’t have to “fret over coming up with strategies to reach the target audience.”

During its test phase, while the team was trying to get vendors onboard, a lot of them asked how the platform planned to differentiate between a ‘good’ service provider and a ‘not so good’ one - a question that left them baffled.

Eventually the six-member team came up with a metric with the promise of an exclusive audience. They initially started with a total of eight vendors who were willing to provide exclusive offers as giveaways to Boneafite users in the first couple of months of the company starting up. The platform also offers sponsored posts to get a vendor’s promotions posted in the ‘Live Feed’ section.

While the company did not disclose its revenues, the founder claims that Boneafite was built in-house at Yoobikwiti at the cost of about Rs 65 lakh from the time it was conceptualised to now, including UI/UX design, development, deployment, adding new features, and updating app performance

“The biggest challenge has been the vendor onboarding process. Not that the vendors were difficult per se, but in a world of startups, it was a challenge to convince someone around the ‘whys’ and ‘hows’. We constantly evolved based on the feedback and the data we received,” says Govardhan.

India’s pet care market is expected to grow at a CAGR of more than 20 percent between FY2018 and FY2022. But the industry is dominated by foreign brands, namely Mars International and Royal Canin India. So, while it might be difficult to scale a dog-centric social media business, Govardhan and Yogendra believe they can make it and hopes that pet lovers across the country will make Boneafite a big business.