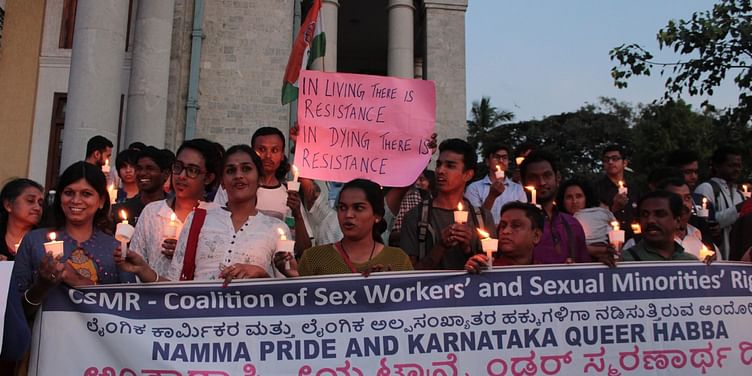 On November 28, 1998, renowned African-American transgender activist Rita Hester, was found murdered in her Massachusetts home. The overwhelming grief and anger from the trans community she was part of was the beginning of the Transgender Day of Remembrance (TDoR) that is observed worldwide on November 20. India joined in to seek justice to victims who have suffered from transphobic violence.

In India, transgender people are largely ostracised from society, dehumanised, raped, murdered, and even driven to suicide. They are denied education, careers and respect, and are often homeless, and have to resort to street-based labour. Despite the NALSA judgement of 2014 and the latest draft of the Transgender Persons (Protection of Rights Bill) 2016, trans people still face violence and discrimination.

The trans community in India painfully remembers and seeks justice for the numerous victims of anti-trans violence, like Tara, who was found burnt in the compound of a police station in Chennai, in 2016, and Pravallika, who was murdered in Hyderabad, in 2015.

On Tuesday, November 20, members of the queer community in Bengaluru attended a candle-light vigil at the Town Hall in Bengaluru, organised by CSMR (Coalition for Sex workers, Sexual and Sexuality Minorities' Rights). This was to honour lives lost to anti-trans violence in India and to encourage each other to be strong and resilient.

“I’m here because I’m trans, and this affects me deeply. I’m also here because trans people are dying all the time, and it’s not okay for them to be killed just because they look different, dress different, think or feel differently than others,” said one of the attendees.

“We still don’t have a reservation in education and employment, we don’t have a government ID where the legal gender markers can be changed just based on self-identification - they still ask for gender-affirmation surgery certificates and psychiatric evaluation documents. Nothing has really changed on the ground,” he said, referring to the NALSA judgement and Transgender Persons (Protection of Rights Bill).

“Allyship is as much an act of stepping forward, as it is of stepping back. It’s important to show up and show support when you’re asked to and know when to step back in spaces that are not yours to occupy,” he added, speaking on spreading the right awareness and making the right changes.

Gee Imaan Semmalar also spoke on his journey as an activist, and the challenges he faces.

“I’m a transman and we are brought up as girls, and we have experienced control exercised on our bodies, sexualities and behaviour. All of this stems from caste-based patriarchy. For the patriarchy to be destroyed, it’s essential that caste should also be destroyed. I think the biggest challenge for me, is to bring an anti-caste perspective into the trans movement, as well as to have the trans community included in the anti-caste movement as we move ahead.”