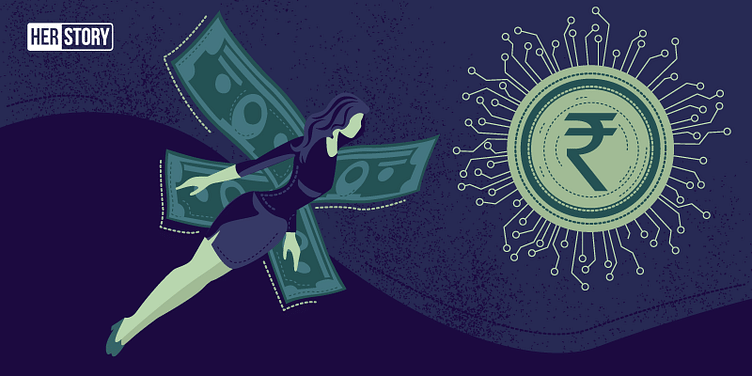 When it comes to women entrepreneurs raising funds, we have good news and bad news. The bad news is that the total amount of funding raised by startups with a woman founder or co-founder between January and September comprised just 5.2 percent of the $9.14 billion raised in overall funding. The good news is that this is higher than last year, when women-led startups got only 2 percent of the total funds raised.

Women entrepreneurs accounted for just 5.2 percent in value terms and 15 percent of total funding deals in the startup ecosystem over Jan-Sep 2018. While the trend is encouraging, fact remains that the playing field is uneven: only 102 startups with women founders/co-founders raised funding this year until September. That’s just a little over 15 percent of the 600 deals closed.

Breaking down the numbers

The maximum funding raised by a company with a solo woman founder was omnichannel beauty products platform Nykaa. Not only did it raise $24.45 million in a Series D deal, but it also raised $11.3 million in another round from Sunil Munjal and Dalip Pathak. Founded by Falguni Nayar in 2012, Nykaa also provided an exit to investors TVS Shriram Growth Fund when Lighthouse India Fund III bought them out for Rs 113 crore. Lighthouse India invested Rs 113 crore to acquire a secondary stake in Nykaa.

Minus undisclosed funding deals, here is the list of top 12 companies with women as a founder/co-founder:

A closer look at the type of funding shows that pre-Series A, debt financing and Series A are the top three types of funding in the case of women co-founded companies. Here’s how 2018 fared when compared to 2017.

Women-led companies saw a decline in the number of pre-Series A and Series A rounds, but Series B, C and D saw an increase, as did private equity. This implies women-led companies are able to scale. The number may be minuscule, but it offers a glimmer of hope of better things to come.

One disappointing trend that continued this year was that companies with solo women founders did not fare as well as companies where men and women were co-founders.

On the other hand, there was a good spread across sectors, and funding was not limited to traditional sectors generally associated with women such as food and jewellery. Fintech emerged as a top favourite, followed by ecommerce.

Geographically, metros still led by a wide margin. Delhi-NCR took the lead, followed by Mumbai and Bengaluru, for both women-led and co-founded startups.

“We created three-and five-year projections on where we wanted to be and how much we would need in terms of funding. We plugged into our networks as much as possible for advice on fundraising and how to prepare ourselves for the kind of questions we would be asked,” says Farah.

Being quick on the move helps…

POPXo was the only women-led company to raise a Series C round this year. Priyanka Gill, Founder and CEO, believes it is important to stay in touch with VC contacts and keep them in the loop on the progress front.

Most women founders we spoke to indicated that an unconscious bias exists and that most VCs focus on business metrics and growth rather than addressing gender issues. It may not apply equally across the board, but VCs remain apprehensive about women founders' commitment to their ventures.

Sanna Vohra, CEO and Founder, The Wedding Brigade, says she is asked gender-related questions all the time.

“I recently got engaged, but before that, I was constantly asked what I would do if my future in-laws didn’t let me work or when I was planning to have a family. Even though I would emphatically convince them that The Wedding Brigade is a long-term commitment regardless of my personal life, I can never know whether it fed into any bias they had,” she says.

Many believe the situation is improving. Swati Bhargava, Co-founder, CashKaro believes the fact that women founders are succeeding at scaling their businesses is changing perceptions.

“Investors are seeing amazing examples of women who manage to pull it all together beautifully. All those questions people had over whether women would remain committed to their work after they get married or have kids have been answered,” she points out.

Swati adds, “Female startup founders are excelling at work and striking the home-work balance with great poise. Most importantly, investors are focused on investing in a business that can scale, has proven traction, decent market size, and an amazing team to make it all happen.”

Some believe the problem with the low numbers stems from the fact that there aren’t enough women entrepreneurs. And that, in turn, is a result of the nature of the startup ecosystem. Startups are, by definition, driven by technology. Given that women are still a minority in technology-led fields, their percentage in the startup ecosystem remains limited.

Upasana Taku, Co-founder of MobiKwik, points out, “If you count the number of startups in any domain, for example, the top 10-20 startups in fashion, we will hardly find brands led by women. I feel that not enough women are coming forward, and this is because it’s become harder for them to move ahead,” she says.

But as Kanika Tekriwal, Founder of JetSetGo, says, you sometimes just have to barrel ahead, no matter what. “It’s very easy, as a woman, to feel like you do not belong in this exclusive, only-boys-allowed private aviation club. I’ve definitely received far too many backhanded compliments and prejudiced comments implying that I don’t belong in this space. As more women move into positions where they can make investment decisions, I believe the gap will narrow.”

So how can women get more funding?

As Yi Ma, Co-founder of NewsDog, which raised $50 million in funding earlier this year, told us, “I just think of myself as an entrepreneur. When it comes to entrepreneurship, I don’t see gender. I work hard, and so does everyone.