Best of App Fridays: 8 apps that made a difference in 2018 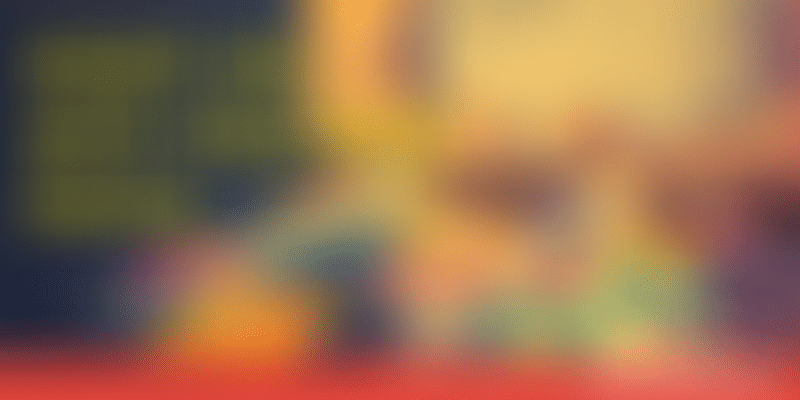 A selection of this year’s most talked about, meaningful, and interesting apps featured in YourStory’s weekly apps column.

Indians love mobile apps. We are not saying this, the numbers are.

In 2017, India was the world’s second-largest downloader of mobile apps, trailing only China. The country accounted for 58 billion of the 175 billion downloads in the world, according to App Annie. What’s more, app downloads in India spiked a massive 215 percent since the rollout of Reliance Jio in 2016.

There is an app for every season and for every reason. YourStory’s weekly column ‘App Fridays’ is an effort to showcase some of the most interesting and innovative apps that exist and can - a) serve a definite need, b) delight or entertain, c) inform and educate, and d) make lives more convenient.

As the year draws to a close, here’s the Best of App Fridays selection for 2018.

Where Is My Train (Travel)

Where Is My Train is 2018’s runaway hit that got acquired by Google shortly after being featured in this column. Developed by Bengaluru-based Sigmoid Labs, it is the #1 app in the ‘Travel and Local’ section of Google Play Store (India) and counts over 10 million downloads. The app’s core functionality is offline, which made it a massive success in the country. Where Is My Train allows Indian Railway passengers to access IRCTC timetables, check platform and live train status, and set station alarms without asking for GPS or data connectivity. The app does all this by tapping into cell-tower data in real time.

A United Nations initiative, ShareTheMeal is helping fight global hunger, one meal at a time. The app enables people to donate remotely for the “vital nutrition” of refugee children in Syria, Jordan, Yemen, and other parts of the Middle East. It creates causes and campaigns that need support and lets people share meals on a daily /weekly/ monthly/ yearly basis. In less than three years, more than 25 million meals have been shared by 1.1 million people through ShareTheMeal. The app is available in 11 languages and supports donations in 28 currencies, including the Indian rupee. In 2017, ShareTheMeal won the Google Play Award for Best Social Impact App. Since then, it has featured on Play Store’s ‘Editor’s Picks’ section and recorded over 100,000 downloads.

Hubhopper is a homegrown podcast and news curation app for time-crunched millennials. The app’s focus on India-centric content gives it an edge over globally popular podcast aggregators like Google Podcasts, Podcast Addict, Pocket Casts, and others. Hubhopper serves as a platform for audio content creators, news and magazine publishers, bloggers and vloggers across multiple genres. The app has recorded 2-3 million impressions worldwide with an active monthly user base of 500,000 and houses content from over 2,000 external channels. It is both a signed-in and signed-out platform, which means you can browse through the content even if you do not have an account.

Beelinguapp has consistently ranked among Play Store’s most popular free learning apps. It allows users to learn new languages through audiobooks. The app was born out of a Mexican Android developer’s struggles with German in Berlin, a city he migrated to. Beelinguapp throws up simultaneous texts in two languages - one that is your reference, and the other you want to learn. There are 13 international languages (including Hindi) to choose from. Unlike most language apps that use flash cards to teach new words, Beelinguapp lets you read and listen to content that include popular children’s stories, fairy tales, news articles, novels, science journals, and more. Interestingly, India is one of the top markets for Beelinguapp, the founder told YourStory.

Be My Eyes (Lifestyle)

Be My Eyes crowdsources sight for the blind. This Danish not-for-profit service connects the visually impaired with sighted volunteers who offer visual assistance through real-time video chat. In May 2018, Google recognised Be My Eyes as the ‘Best Accessibility Experience’ app on Play Store. The app has hit over 100,000 Android downloads and is rated at 4.9 out of 5. Till date, over 81,000 ‘blind’ individuals or those with low vision have benefited from the assistance provided by 1.34 million volunteers across countries. Most commonly asked questions pertain to locating kitchen items, reading the expiry date of food products, navigating menus of a music player, sighting a door number, and so on.

CRED broke into the Top 10 trending apps on Play Store India within a week of its launch. Founded by serial entrepreneur Kunal Shah, this members-only app that rewards credit card holders for timely bill payments has notched over 50,000 downloads and picked up considerable buzz on social media. After all, who minds being rewarded for good credit behaviour? More so when rewards (“cred coins”) can be utilised for free or discounted items at popular platforms like Freshmenu, ixigo, Airbnb, Cure.fit, UrbanLadder, UrbanClap, Blue Tokai Coffee, Bodycraft, Myntra, and more. Rewards grow bigger with larger bill amounts.

Daylio is a journal, mood tracker and micro diary rolled into one. It enables you to maintain a private journal without having to type anything. Based on your inputs - emojis and icons, no words - the app displays in the form of beautiful data charts your mood and behaviour patterns, helps you find correlations between activities and moods, alerts you on possible mental illnesses and more - on a daily, weekly, and monthly basis. Daylio has recorded over five million Android downloads and is among the top apps in Play Store’s ‘Lifestyle’ category. The larger purpose of the app is to help people maintain a work-life balance.

Neighbourly is an India-first app developed by Google that crowdsources answers to your neighbourhood-related queries. It is a pocket locality guide that sources information, tips, recommendations, and guides from residents themselves. Users can both ask and reply to questions on Neighbourly. The Android-only app is available in seven cities, and it can process Q&As in English and eight Indian languages. Users seem to relish Neighbourly, given the app hit over 500,000 Play Store downloads in three months and was rated 5 out of 5. Neighbourly is shaping into a neighbourhood social network of sorts where food, fitness, beauty, schools, local shopping, current events, and more are being discussed with fervour.