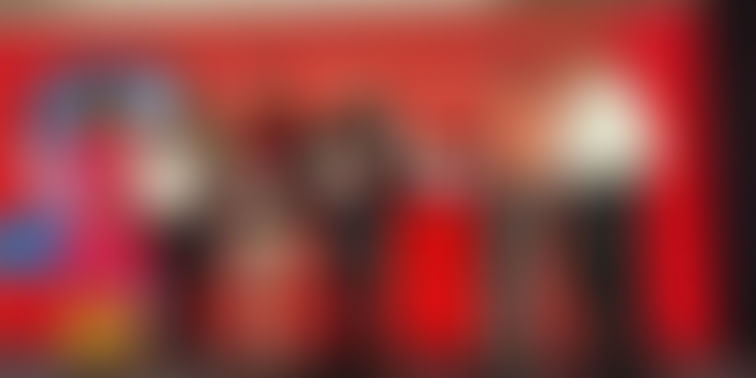 YourStory recognised eminent men and women from Tamil Nadu who made a difference in their chosen vocations. The Legend of Disruption award was one of the key highlights of the YourStory Disruptors Tamil Nadu 2018 event. For the first time, late Chinni Krishnan, who invented the sachet, was conferred with an award for his invention. His award was received by his four sons.

The first of its kind event - YourStory Disruptors Tamil Nadu 2018 - was conceived to showcase exemplary individuals who made a difference to society and served as an inspiration to many others. At the event in Chennai, the mood was abuzz with hope, optimism, and inspiration as the chosen 'Disruptors' told their stories.

One of the key highlights of the award ceremony was a look back in time to remember a true disruptor – the late Chinni Krishnan, who conceived the idea of the sachet in the late 1970s. The sachet has today become integral to retail packaging. After 40 years, YourStory honoured this innovator with the “Legend of Disruption” award.

YourStory conferred Late Chinni Krishnan with the award of Legend of Disruption for pioneering the truly innovative and original concept of sachets, for making cosmetics affordable and for inspiring the entire FMCG and consumer industry with his invention.

Professor Bala V. Balachandran, Founder, Great Lakes Institute of Management, handed over the award to the four sons of Chinni Krishnan – C.K. Raj Kumar, C.K. Ashok Kumar, C.K. Ranganathan and C.K. Kumaravel, each an entrepreneur in his own right.

“This is the first award he [my father] is receiving... My father used to say that our family is going to be known to the world by the sachet.”

“My father dreamt of a simple philosophy: whatever a rich man enjoys, the common man has to be able to afford it.”

He added a series of products were packaged in sachets by his father, and one of them was shampoo, which firmly etched its place not only in our day-to-day life, but has also become a packaging strategy of multinational FMCG giants.

The sachet has created 1.5 crore jobs, he added.

The story behind the sachet

When the family approached the bank, it asked them to pay back the dues or the house that had been mortgaged for the loan would be auctioned. To avoid the house from being auctioned, Raj Kumar, a doctor, and Ashok Kumar, a lawyer, decide to quit their jobs and run the company. “The rest is history,” said Ranganathan.

The business, Velvet International, eventually expanded not only in India, but overseas as well, and did phenomenally well. Today, it is C.K. Ranganathan who is keeping the flame alive by continuing his father's innovation in his own business.

How did Chinni Krishnan first develop the sachet? He first modified a machine that sealed PVC folders and then took a transparent hose pipe that was used to water plants. He sealed the transparent plastic at one end and filled it with water, and then sealed it at the other end. Thus, the sachet was born. But it was difficult to open.

He went to buy the laboratory leakage kit and made a sachet from it. He packed hair oil, honey and shampoo in the sachets. These were the first three products sold in a sachet. He started selling the sachets around Cuddalore, where the family hails from, but not beyond. “My brothers took it all over India and beyond also,” Ranganathan said.

Raj Kumar thanked the employees who made it possible to sustain the business. He said, “Even though it became a big enterprise later, only one or two people joined us when we started and made it possible.”

He also complimented Ranganathan for turning the idea of the sachet into a blockbuster.

“The shampoo industry, which was Rs 5 crore when we started, has grown into Rs 9,000 crore today,” Ashok Kumar said. “Many relatives wanted him to close the business, but he had an indomitable spirit,” he adds.

He explained that seeing children on the streets with unkempt hair was the trigger to make something that the rich enjoy, affordable for the poor.

“What the person lives for others, what he creates lives beyond his time.”