Exam tomorrow and you don’t have the notes yet? Delhi-based Notesgen has you covered 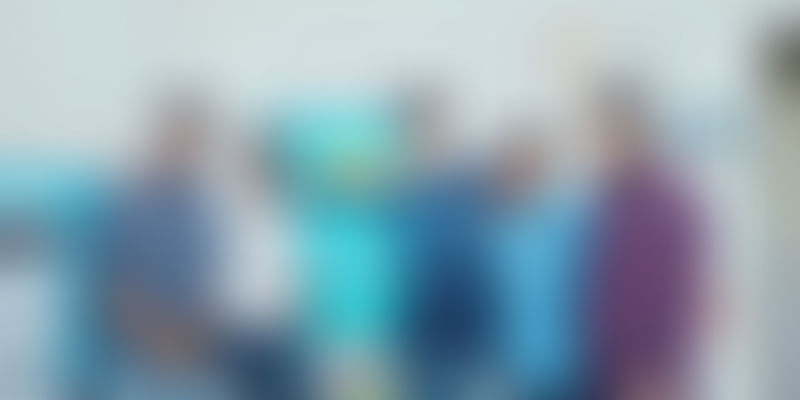 Notes aggregating startup Notesgen is building a global community of users who can upload their notes, price them and share them on the platform to be bought by their peers.

On the day before an exam, the local photocopy guy near a college makes a killing profit as a long line of students anxiously queue up to "Xerox" notes off the two classmates who bothered to pay diligent attention throughout the semester. But what if you can easily buy these notes off a platform that has everything you will ever need - uploaded by your peers and even by your professors?

This is what Delhi-based Notesgen promises. It alleviates the last-minute panic that goes into gathering notes and helps students breathe easy and take advantage of a peer-to-peer network of notes-sharing.

Manak Gulati, when he was still a student, built Notesgen as a demo-website. In 2015, he and his mother, Professor (Retd.) Sushma Gulati and friend, Roman Khan, developed it into a peer-to-peer and peer-to-group online aggregating platform for notes.

They now aim to make it the “LinkedIn or SlideShare for student notes” with a global marketplace and peer-to-peer services.

Available as a website and a mobile phone application, Notesgen intends to help students supplement their academic and competitive exam preparation, thus building a global community of learners. Currently, there are more than 40,000 “communities” based on subject matter and learning styles on the platform.

Notesgen is a five-member-team. Sushma, who used to be the Head of Department of Psychology at NCERT, has four decades of experience in the education sector, which helped the startup establish a global base.

Notesgen, however, ensures uploaded notes are not stolen.

"We protect students’ notes by not allowing it to be printed, downloaded or screenshotted from the mobile app and anyone attempting to do so be blocked from using the platform," says Manak.

Unless otherwise listed as 'free', all the notes need to be purchased. An algorithm generates individual IP addresses for every user, tracking their usage.

Backed by artificial intelligence, machine learning and neural networks based algorithm, Notesgen curates a personalised feed for each student based on their learning style, understanding, preferences, level of study, searches and areas of interest.

The marketplace works in three ways:

Notesgen was bootstrapped by the co-founders, who invested Rs 75 lakh in the startup. The platform, while developing its technology and converting from a website to an application, raised angel funding of Rs 1.10 crore. It then raised Rs 12.5 million in a pre Series-A round this August.

Today, the platform claims that it has a note bank of 85,000 from 24,000 authors, and select notes in other languages like English, Hindi, Spanish, Tamil, French, Chinese, Punjabi, Gujarati, Telugu and Sanskrit are available too.

In its first year of operations, the founders claim that the platform made available more than 50,000 notes and earned a revenue of Rs 20,000. In the previous fiscal, the company had a global user base of more than two million, including over 1.6 million from India. It made a revenue of Rs 15 lakh.

According to a report by Ken Research, the global education market is a 'burgeoning' segment with huge potential for growth.

While there are platforms like AlmaMapper that offer a utility platform for alumni connects, campus activities and sharing of notes, articles and videos, and Stuvia, which is working in the same sphere as Notesgen, what makes this startup stand out is its global user base and reach.

On what sets Notesgen apart from, say, a Khan Academy, one of the giants in this sector, Manak says, "We cater to the individual needs of the student." It does so by mostly aggregating student-generated notes on various topics and letting the student pick the version that suits them best.

As Notesgen plans to add more users and contributors to its fleet, it would be venturing into international languages such as Russian in the near future. It also plans to increase its reach in Africa and the Americas, Manak adds.

Notesgen has more than one lakh downloads on Android and less than a lakh on iOS.

With many of its users from Jaipur, Patna, Kanpur, Gwalior, Ranchi, Shimla, Chandigarh, Hyderabad and Kolkata, Manak hopes to soon include users from remote areas where learning support systems are not easily accessible, available and affordable.

(With inputs from Ayesha Roy)