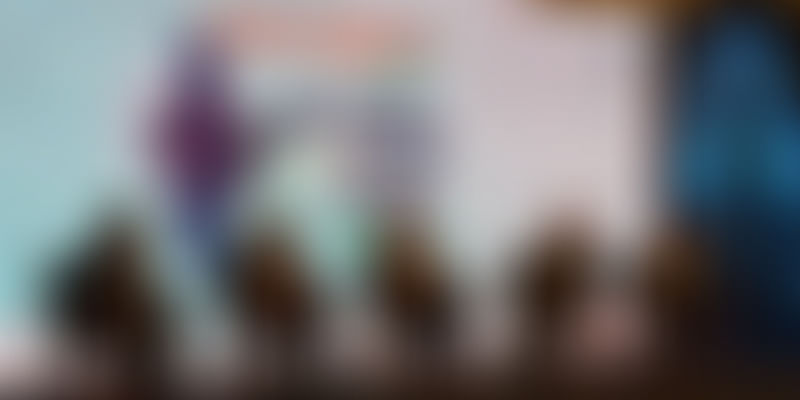 The Startup India Global Venture Capital Summit, 2018, a gathering of international fund managers, startups and Government officials which recently concluded in Goa focused on the opportunities for investment in the state and the Indian startup ecosystem, as a whole.

The Summit provided a platform for India to showcase its vast and diverse market and the technological disruptions that have taken place in the last few years. It facilitated dialogues between government officials, startups and diverse stakeholders from India as well as abroad.

One of the panels had Easwaran Reddy of the DCGI, Shihab Ansari of the World Bank Group and Dr Shefali Juneja - Joint Secretary of the Ministry of Civil Aviation, discussing how to enable regulations in India. Their conversation mostly focused on the trend of drones and how they are here to stay and “will be feeding startups”. They also discussed the ease of starting up and the forecasted changes that will eventually help build a global VC ecosystem.

Setting the context, - Ramesh Abhishek,Secretary - Industrial Policy and Promotion, informed the audience that Rs 38.5 million has flowed into the Indian startup ecosystem in the last three years. With a 1.3 billion consumer base, 18 Indian unicorns are now valued at over $30 billion. He also said that the Skill India Program has the potential to skill 400 million people.

During the sessions, one of the topics that came up was the Indian government’s ease of doing business reforms through measures such as allowing district-level Ease of Doing Business ranking, introducing regulatory reforms for startups, enabling faster environmental clearance - from 600 days to 140 days; and abolition of the inter-state check points with the introduction of GST.

Minister of Commerce & Industry and Civil Aviation Suresh Prabhu addressed the Indian as well as international Fund Managers about the opportunities available in the Indian economy. He told the audience that India is an evolving society, climbing towards perfection and the economy will be able to "add $10 trillion in 15 to 16 years."According to him, "India has a trillion dollar opportunity in manufacturing."

He added that startups are the new job creators and whenever we talk about startups, we are referring to new ideas. "Ideas need money, and money needs ideas. But you don't see them together that often,” he said.

Speaking on the occasion, Rohan Khaunte, Minister of Revenue, IT, Labour & Employment, Government of Goa, said his government is working to make Goa one of the most desirable destinations in India. “We want to make Goa a top startup& IT destination in Asia by 2025 with a massive thrust on facilitating entrepreneurship and enterprise to nurture growth, create value and jobs," he said.

On the other side of the table, “Investors are becoming more bullish on B2B startups in India,” said Rajiv Menon of Cisco Investments, during the panel on 'The India Advantage', where institutional Limited Partners presented their views on what they seek in the General Partners they back.

The Indian startup ecosystem is seeing the emergence of a trend of new smaller funds. With fund managers gradually becoming operators, there has been a shift in the mindset of entrepreneurs - they are now willing to solve local problems, said Priya Rangarajan of Silicon Valley Bank Financial, on the changes in the Indian economy in the last 20 years.

According to her VCs are coming to India more for agritech, edutech, fintech and healthtech companies. With $1.8 billion being invested in the Artificial Intelligence sector in the last five years, she added that “AI is going to be the way we do things.”

Teruhido Sato of BEENEXT was of the opinion that technology is more about solving problems than disruptions.

At the Summit, a report on 'Mobilizing Global Capital for Innovation in India' was released by Padmanabh Sinha –Chairman of the Indian Private Equity and Venture Capital Association (IVCA). The report talks about the Indian venture capital landscape, startup ecosystem and regulatory frameworks in the country.

Apart from this, the Ease of Doing Business Grand Challenge was launched at the Summit. This includes challenges like developing alternative government processes to ease issue of permissions and licenses, and developing solutions for small businesses to ease the process of GST return, among others.

YourStory is the digital media partner for the Global Venture Capital Summit 2018.