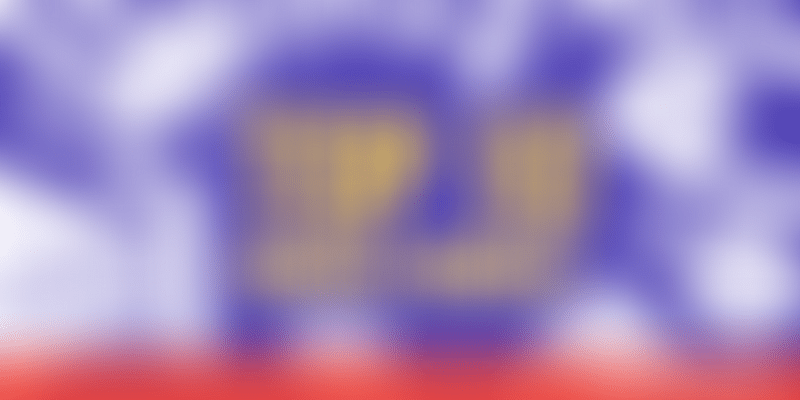 The tradition of adorning the colourful homepage of Google with scribbles began before the company was incorporated in 1998. And since then, many famous Indian personalities have been celebrated with doodles.

Google Doodle has an interesting history. Apparently, the ritualistic tradition of adorning the colourful homepage of the search engine with scribbles began even before the company was incorporated in 1998.

The occasion was the Burning Man festival and Google founders Larry Page and Sergey Brin, who were supposed to be “out of office” for the fest, were on the lookout for a unique style to convey the message. What started out with simply adding the Burning Man stick figure to the logo, has turned into an almost regular tradition, using thoughtful visual doodles to mark key events and celebrate iconic people around the world.

Over 20 years and 2,000-plus doodles, the presence of Indian milestones and personalities is felt every now and then. YourStory takes a look at the top 10 Google Doodles from India that grabbed attention in 2018.

Mumbai-based Pingla Rahul More, a Class 8 student from JB Vachha High School, was chosen as the winner of the annual Doodle 4 Google competition this year, and to celebrate the occasion, Google India displayed her artwork on its website. The all-India competition, which is organised every year around November 14 on Pandit Jawaharlal Nehru’s birthday, also celebrated as Children’s Day in India, received more than 75,000 entries based on 2018’s theme of “What inspires me?”

And in tune with this theme, Pingla’s doodle – titled “Galaxy, Space Exploration” – showcased the possibilities that the vast universe presents and human exploration of the same. Her artwork beautifully captured the galaxy, replete with a young girl and her telescope.

Known for his contributions in irrigation design, Sir MV (as he is fondly called by many) was raised in the village of Muddenahalli – that falls in erstwhile Mysore kingdom and present-day Karnataka. He had a licence in civil engineering from the University of Bombay and was involved in the construction of Krishna Raja Sagar dam in Mandya district in Karnataka.

Floral motifs resembling the lotus and images of peacocks, elephant and tiger accompanied the homepage logo on August 15 as Google celebrated India’s 72nd Independence Day. This was in tune with the long-standing tradition, wherein each year the tech giant would come up with a unique design to mark the national event. This year, however, the inspiration came from Indian truck art, mostly comprising folk designs.

On August 8, an animated doodle celebrated the life and achievements of legendary cricketer Dilip Sardesai. To mark his 78th birthday, the homepage animation captured the spirit of this sportsman with a doodle showing him on the pitch and in action. Sardesai was best-known for his batting against the West Indies team. He was particularly effective against spin bowling and as his son, journalist Rajdeep Sardesai summarises, “He wasn’t the greatest fielder, but he was always someone who was ready for a fight.”

With a doodle artfully capturing the expressive features of Indian cinema’s tragedy queen Meena Kumari, Google marked the birthday of the actress on August 1. Fondly known as “Baby Meena” among her fans, the actress’ tryst with showbiz happened at the tender age of four. Following which, Baby Meena went on to make appearances in more than 90 films over a 38-year-long successful career.

In addition to being a Bollywood star, the actress was also an accomplished poet who even recorded her Urdu compositions in an album titled, I Write, I Recite.

A free thinker and a scholar, Raja Ram Mohan Roy was born in 1772 in the British-controlled Bengal presidency of India. During his life, he learned a host of languages including Bengali, Hindi, English, Arabic, Persian, and Sanskrit. Drawing inspiration from his multicultural learning, he went on to become an advocate of women’s rights and also fought against social evils like the caste system. On May 22, Google celebrated his 246th birth anniversary with a doodle tribute.

Trained in both Bharatanatyam and Kathakali, the two distinct Indian dance forms, Mrinalini Sarabhai was an accomplished dancer and choreographer. Along with her husband, she founded the Darpana Academy of Performing Arts in 1949 in an attempt to pass on the craft to thousands of other aspiring dancers. On May 11 – the occasion of her 100th birthday – illustrator Sudeepti Tucker celebrated her life and contribution with a sketch depicting the dancer with her trademark parasol.

Guest artist Aleesha Nandh depicted a young Dadasaheb Phalke in action in her black and white and yellow creation for the search engine’s homepage on April 30, the day marking the cinematic genius’ 148th birthday. Born as Dhundiraj Govind Phalke in Trimbak in present-day Maharashtra, this Indian legend learnt filmmaking in London and went on to create his masterpiece and what is considered India’s first full-length feature film - Raja Harishchandra in 1913.

A splash of colours took over the Google homepage on March 2 as doodle artist Amrita Marino’s creative work depicted a mix of emotions that is the festival of Holi. Apart from being a day of colourful celebration, Holi also marks the seasonal change – end of winter, arrival of spring, and this was well-portrayed in the symbolic use of the four primary colours in the Google Doodle.

On February 1, 1976, renowned author and poet Kamala Das’ autobiography My Story, written originally in English and later translated into Malayalam, was published. Almost four decades since then, Google celebrated this wordsmith’s life earlier this year with a vibrant doodle, replete with her animated sketch and a background resembling the nightscape.